First World War maps produced by British and allied forces used a grid system to identify map sheets. This grid is shown in the diagram below. 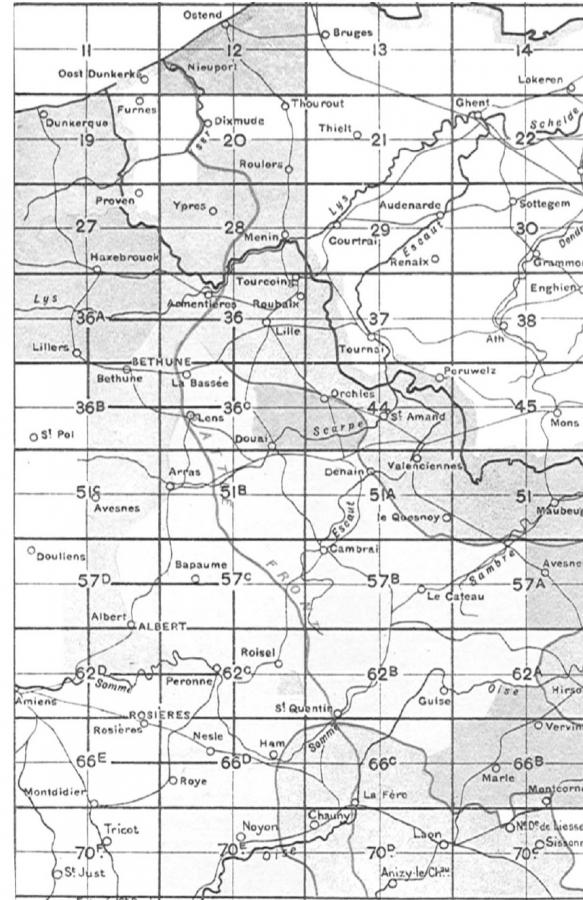 If you do not have a map reference, or the reference does not include a sheet number, the index can identify the map sheet covering a particular area.

The table below shows the map sheet numbers for major actions involving the Australian Imperial Force.

Where to find maps

Some First World War maps are held in other libraries. These collections can be searched through Trove.

The Australian Army History Unit has digitised a portion of its trench maps of the Western Front and these are accessible on their website.

Trench maps from France and Belgium are available online on the McMaster University website.

Maps from 1917 and 1918 are available through the North Carolina Digital Collections online.

Transferring a location to a modern map

The National Library of Scotland have georeferenced a collection of over 130 British First World War trench maps and overlaid them on modern maps.

Peter Chasseaud, Mapping the First World War: the Great War through maps from 1914-1918 (London: Collins in association with the Imperial War Museum, 2013)