Cricket and Australians at war

Australia has a long cricketing history. The first recorded match in Australia took place in Sydney in December 1803, at which point cricket was already well established in the infant colony. Aboriginal cricketers formed the first Australian team to tour England in 1868, and by the time Australia visited England in 1880, a system of international tours was well established. For more than a century, Australia’s military commitments have interrupted tours and led to unconventional cricket matches around the world.

Explore this online exhibition to learn about Australia's involvement in cricket throughout conflicts from the Boer War to Afghanistan.

As part of the British Empire, the Australian colonies offered troops for the war in South Africa, while many Australians joined British or South African colonial units.

The planned 1900 South African tour of England was cancelled as a result of the outbreak of the Anglo-Boer War. Believing that the conflict would soon be won, the tour was postponed until the following year. Predictions of a short war did not come true, and the South African national cricket team toured England in 1901 despite the ongoing conflict. 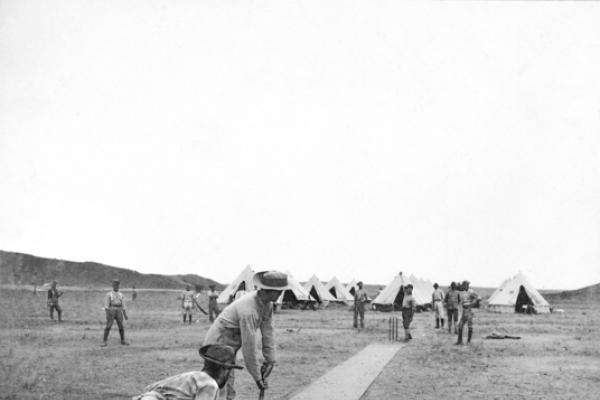 Australian troops play a game of cricket in South Africa during the Boer War. 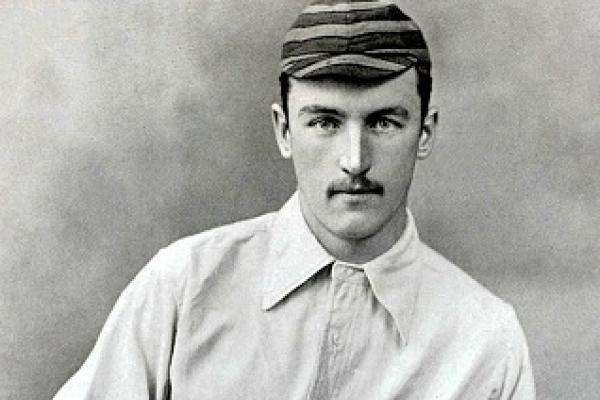 John James “JJ” Ferris was a left arm swing bowler who played for Sydney’s Belvedere Club and New South Wales. During the 1890 Australian tour to England he secured a contract to play for Gloucestershire. His final Test was played in Cape Town, South Africa in 1892. After returning to Australia he enlisted in the British Army for service in the Boer War. He died of typhoid in Durban while serving with a South African Light Horse Regiment on 17 November 1900.

Recognising the role of sport in building fitness, friendship, and team bonding, military authorities encouraged the practice of team sports as recreation behind lines. 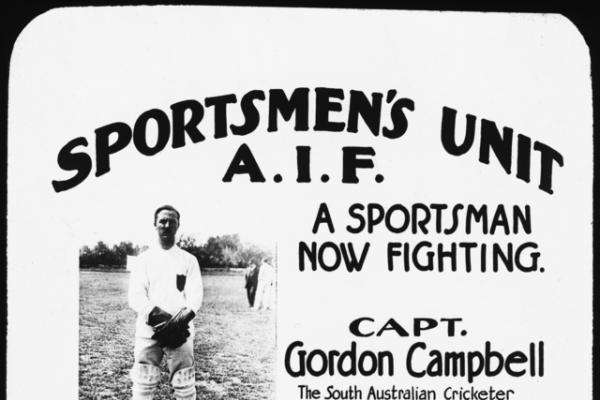 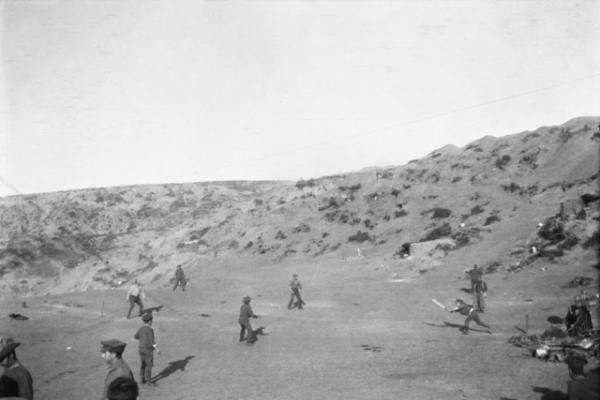 In late 1915, Australians played a game of cricket at Shell Green to mask their evacuation from Gallipoli. Brigadier Granville Ryrie wrote to his wife that: “We had a game of cricket on Shell Green on Sunday just to let them see we were quite unconcerned … and when shells whistled by we pretended to field them”.

The coming of the Second World War disrupted many professional sporting events. By the end of 1941 most state associations had agreed to abandon interstate matches until the end of the war, and facilities such as the Melbourne Cricket Ground was commandeered by the services.

The game was instead brought behind the battlelines wherever Australian soldiers were present.

In February 1945, a team representing the Royal Australian Air Force (RAAF) takes to the field to play a ‘test’ against a Royal Air Force (RAF) team in New Delhi, India. The Australian team was captained by former Australian test captain Flight Lieutenant Vic Richardson (third from the right). Three of his grandchildren, Ian, Greg and Trevor Chappell, played test cricket for Australia in later decades. 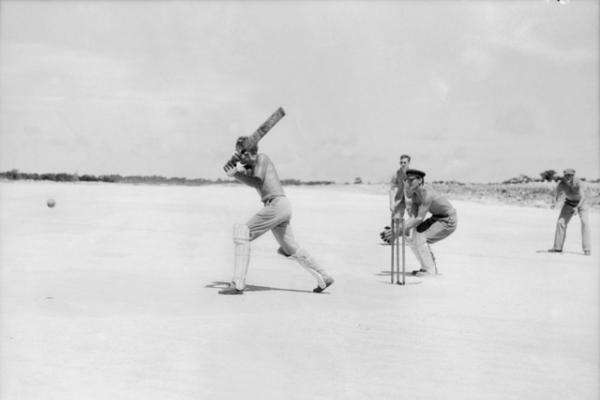 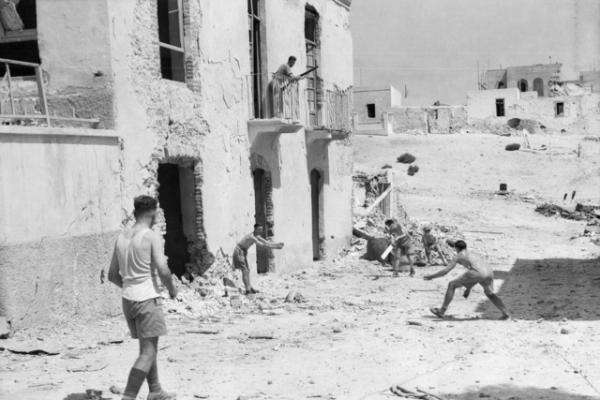 While one of their number kept a look-out above for enemy planes these Australians played a game of cricket in the ruins of a Tobruk street, September 1941. 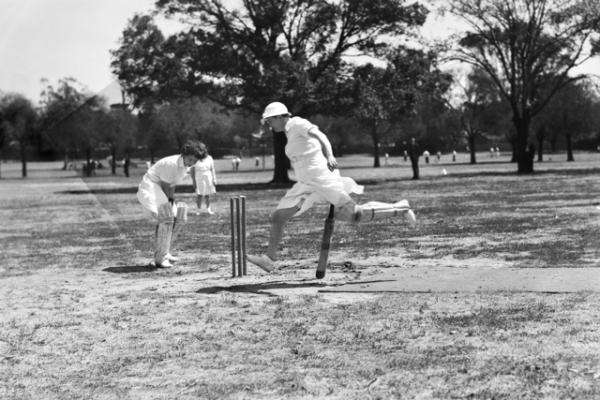 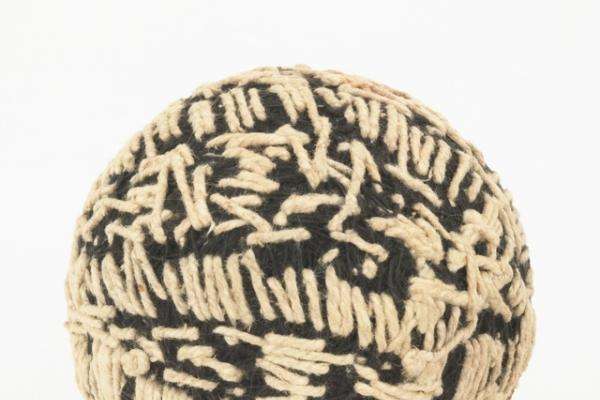 Cricket was popular in Changi, and the Australian vs. England “Ashes” rivalry allowed tensions existing between soldiers to be played out in a controlled, orderly fashion. The first of the Changi tests took place on 26 April 1942. The final test in Changi was played on Christmas Day 1944, shortly before sport was banned by the Japanese.

Immediately after the end of the war in Europe in 1945, an Australian Services XI played a series of Victory Tests in England.

Amongst the players was Keith Miller, who had shown great potential as a cricketer (as well as playing VFL football for St Kilda) before enlisting in the RAAF in January 1942 and going on to fly in support of Allied operations over Europe.

Miller quickly won public admiration at home and abroad. A British sporting journalist called him “the golden boy” of cricket and from then on he was known as “Nugget”.

When asked by a television interviewer how he handled pressure on the cricket field he replied dismissively: “Pressure is a Messerschmitt up your arse.”

After the war he had a successful cricketing career. He was one of Don Bradman’s 1948 ‘Invincibles’, and is considered one of Australia’s greatest ever all-rounders. 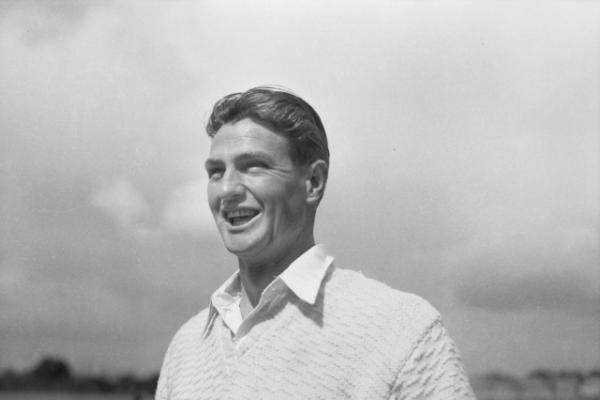 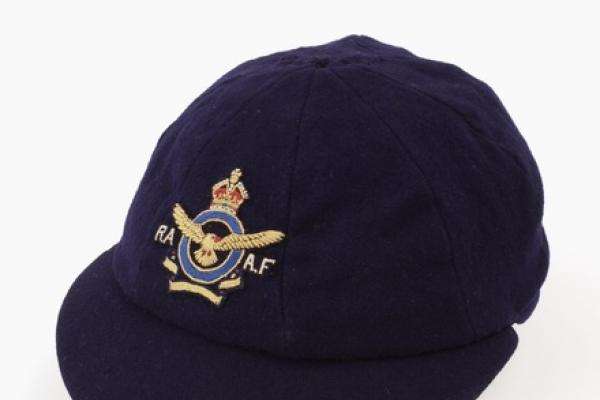 Keith Miller’s cricket cap of the RAAF XI, worn during matches in Britain in 1945.

Following the end of the Second World War, professional cricket would continue uninterrupted, while troops would bring the game with them on deployment. 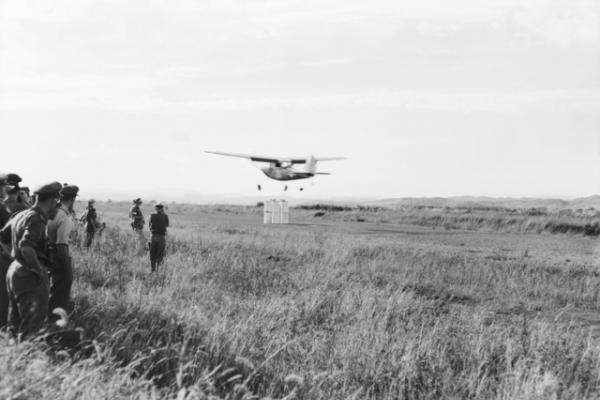 Korean War: Pilots of light liaison aircraft serving with Australian and other Commonwealth troops in Korea celebrated the Battle of Britain anniversary by playing an 'aerial cricket' match against American Army pilots. 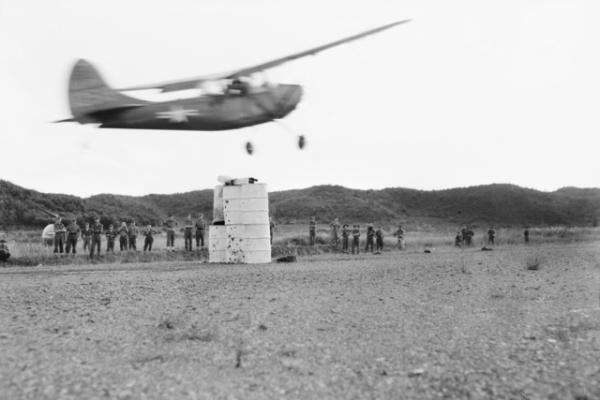 Korean War: Second photograph of Australian and Commonwealth troops in Korea celebrating the anniversary of the Battle of Britain with an aerial cricket match against American Army pilots. Note the wickets with bails beneath the aircraft. 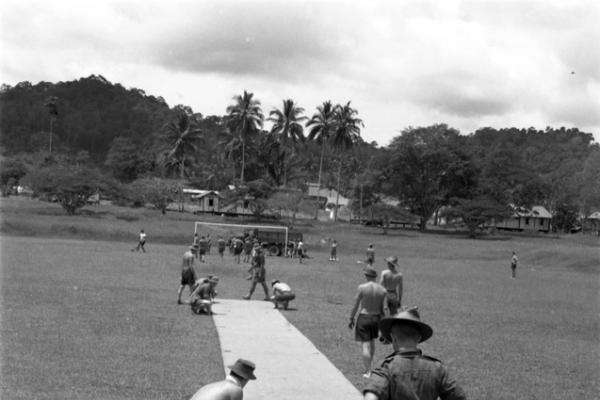 The Malayan Emergency (1948-1960): After more than a week of “jungle bashing”, men of B Company, 2nd Battalion, Royal Australian Regiment (2RAR), at their base camp in Kroh prepare a ground sheet pitch for a game of cricket.

With the changing nature of Australia’s involvement in global conflict during the latter half of the twentieth century, cricket matches became a friendly way of engaging with the local population. 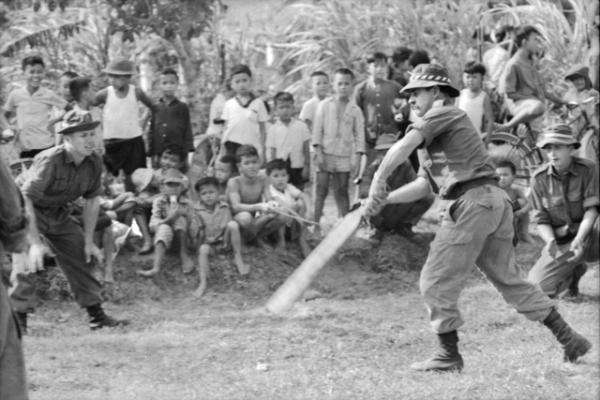 Vietnam War: Private Frank Baker of the 5th Battalion, Royal Australian Regiment, hits out in front of villagers watching their first game of cricket near the Australian Task Force base at Nui Dat, South Vietnam, 1967. 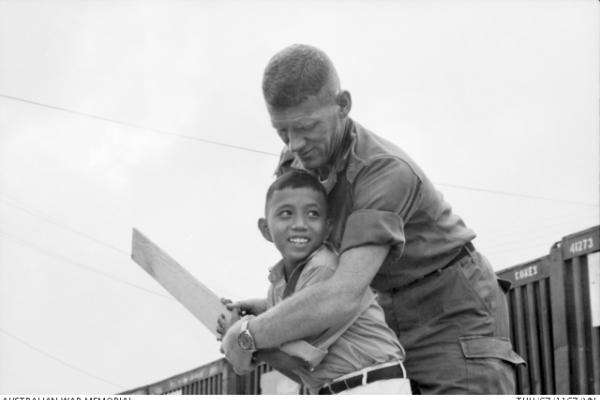 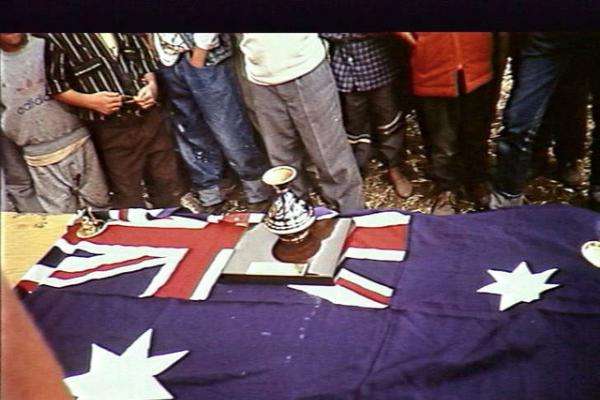 First Gulf War: The urn containing “the Ashes” from the first “Test” between Australia and England, played in northern Iraq in 1991 by troops involved in the supply of humanitarian aid to Kurdish refugees fleeing Iraqi forces in the wake of the Gulf War. 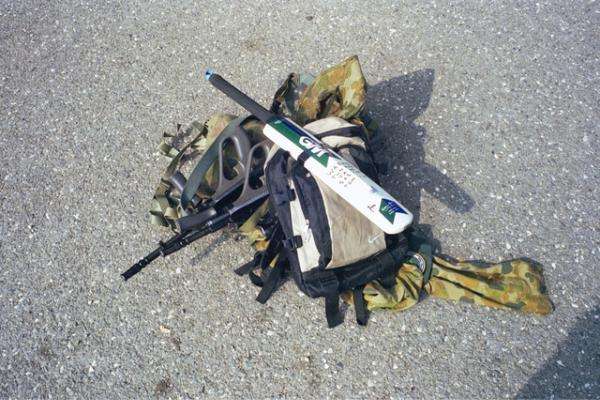 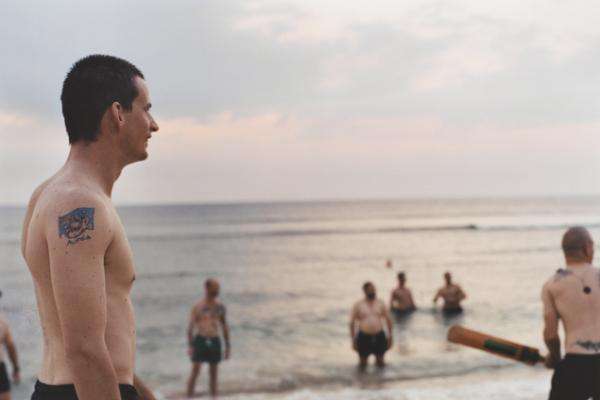 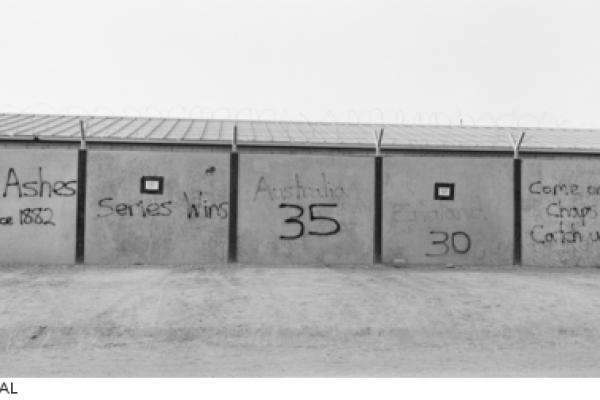 Afghanistan: Graffiti related to The Ashes cricket series on blast walls at Kandahar Air Base, 12 October 2012.

Despite being banned by the Taliban and condemned by religious extremists, cricket is the most popular sport in Afghanistan. The national team has begun to see success in recent years, and in 2017 was admitted as a full member of the International Cricket Council. 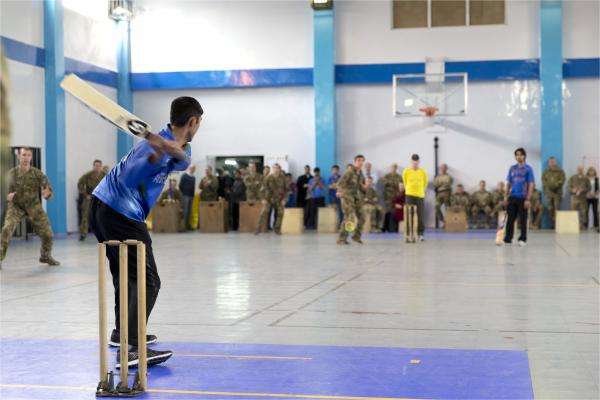 In anticipation of Australia playing Afghanistan in a Cricket World Cup match, ADF members deployed in Kabul hosted a lead up indoor game with Afghan locals.

Further reading: prominent Australian cricketers on the Roll of Honour

Australian Test cricketer Tibby Cotter was killed in the charge at Beersheba.