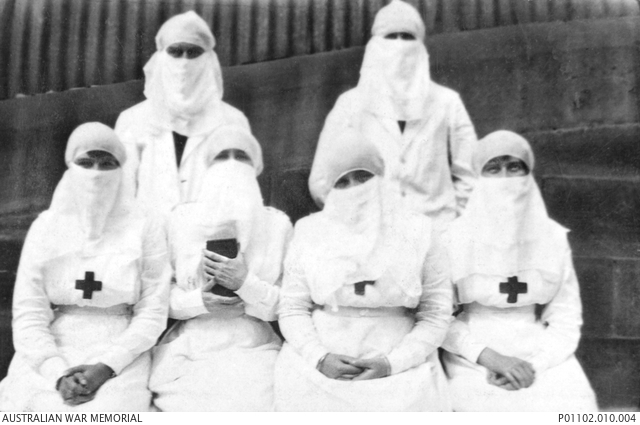 Once men started to arrive home, there was an unforeseen problem- the influenza pandemic, which had begun in mid-1918, and continued through to 1919, sweeping through Europe and killing approximately 15 million people. As early as 26 June, Captain Ivor Williams wrote that 600 out of 750 men in his camp in France had contracted the flu. Although the decline in wartime health due to rationing can be partly blamed for the immense impact of the flu, countries such as Sweden that were not involved in the war, also experienced high mortality from the virus.

Many of the Australian transport ship passengers were held in quarantine upon arrival. Signaller Alexander Burns of the 7th Battalion, who arrived home in February 1919, after two and a half years of service in the AIF, was forced to wait another two frustrating months in quarantine before being allowed to return to his home in Victoria. Private Harry Hansell, 27th General Reinforcements, who enlisted in July 1918, never saw any action, but still saw many people around him die from an outbreak of flu on their transport ship when a group of soldiers who had just had shore leave in New Zealand arrived on board. Harry himself contracted the flu, but was lucky to survive it.