Despite the war being over, and Australian troops not constituting part of the Allied occupying force in Germany, it was to be a long time before many Australians would return home. The day after the armistice, Private A. Golding wrote:

They told us we would be another 12 months in France.

While awaiting transport, some men took advantage of the opportunity to travel around France and Britain- one of the incentives for enlisting in the first place. A few hundred Australian servicemen went on to serve in Russia as part of a British force fighting Bolshevik forces. Some light horse units also helped with suppressing an Egyptian nationalist revolt in early 1919.

During this period of limbo, the AIF instituted a range of education and lecture programs to train personnel in peacetime occupation skills. In a letter to his mother in late 1918, Sapper W.M. Telford wrote:

I am enclosing a prospectus of our AIF education scheme. I think it is a splendid idea and intend to take full advantage of it.

The Aftermath of the War

t is not unusual to read of men and women who returned home after the war "not being able to settle down" or "having a go at everything" because they weren't sure what to do with their lives. Many were restless for months or years after their experience in the war.

THE FARMER REMEMBERS THE SOMME
Will they never fade or pass!
The mud, and the misty figures endlessly coming
In file through the foul morass,
And the grey flood-water lipping the reeds and grass,
And the steel wings drumming.

The hills are bright in the sun:
There's nothing changed or marred in the well-known places;
When work for the day is done
There's talk, and quiet laughter, and gleams of fun
In the old folks' home.

I have returned to these:
The farm, and the kindly Bush, and the young calves lowing;
But all that my mind sees
Is a quaking bog in a mist- stark snapped trees,
And the dark Somme flowing.
- Vance Palmer, enlisted AIF, March 1918.

Thousands of Australian men were killed in France in 1918. The memories of their deaths, however, were to remain forever with those who had witnessed them. Some service personnel, upon returning after the war, were so traumatised by their experiences that they could not talk about them. Hundreds of thousands of men returned to Australia with permanent injuries- reminders of all they had experienced, and physical reflections of how the war had changed them.

There was also a sense of bitterness that people who had not served in the war would never understand exactly what it was like for those men and women who had:

The silly things the dinkums will be asked after the war.

Jones: You're looking fine, old chap. I suppose if war started again you'd be anxious to have another go at them?

Mother: I suppose you delighted in splashing about in the water in the trenches?

The Flapper: It must have been great fun chasing the Germans with an eighteen-pounder, wasn't it?

Tommy: (aged five, longingly): Was there plenty of good mud over there, Uncle?

Aunt: I suppose those Germans are awfully ugly, aren't they?

The Business Man: Now, what would be the number of tins, approximately, of course, of Bully Beef tins eaten per day?

However, there was a strong sense of national pride in what the Australian troops had accomplished during the war, and the significance of their contribution was felt by soldier and civilian alike. Cities and towns began to build war memorials to Australian service personnel, with 60 being completed even before 1918. Today, there are approximately 2,000 war memorials all over the country, large and small, inscribed with the names of the men from each community, school or business who were killed. These memorials take many forms, from a single soldier statue to a memorial gate or arch, usually situated in prominent and public places.

In Captain Ivor Williams' last entry in his war diary, on 5 February 1919, he wrote:

Thus my diary ends after relating some of the most enjoyable, interesting, educating and saddest times in my life. One has a clear conscience though, that he, at least, tried to do a little for those at home we love better than all things on this earth. After nearly four years I now close this diary and enter civilian life a very much wiser man, thanks to the army and to "Kaiser Bill and his cobbers". GOODBYE.

Film of Australian troops returning home. (Clip(s) from Return of the Anzac) 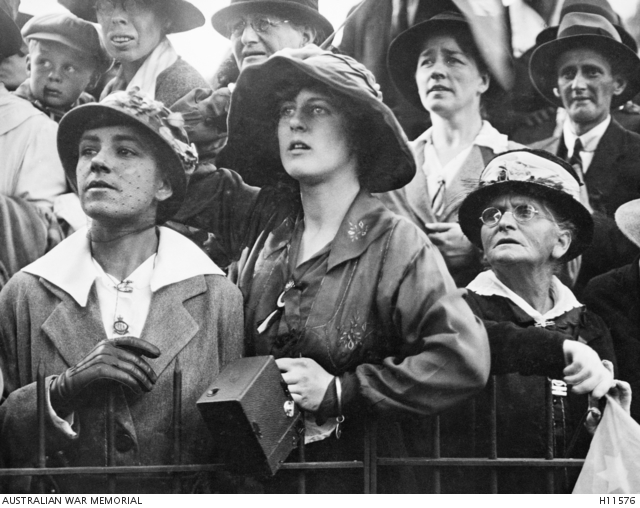 A famous 1918 image of Sydney women awaiting the return of loved ones from the war. 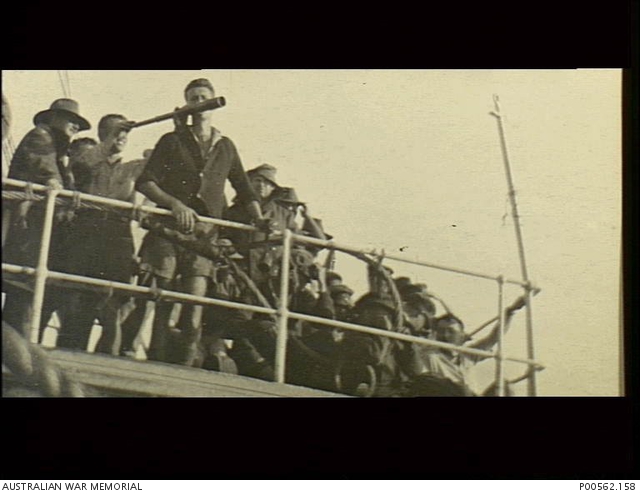 Members of the 1st Wireless Signal Squadron catching their first glimpse of Australia on the return trip home, April 1919. 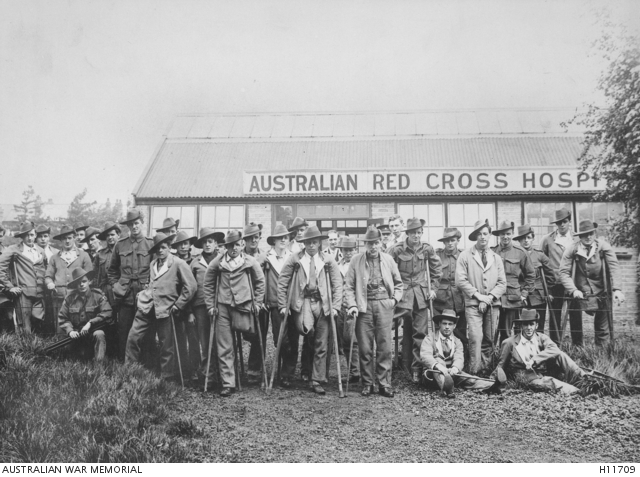 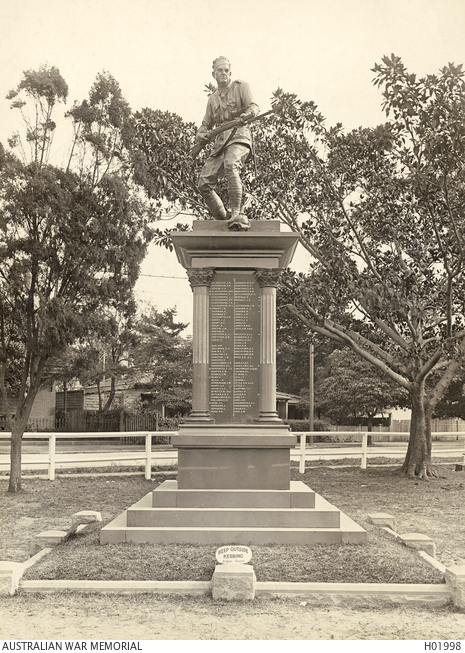