Allies in adversity, Australia and the Dutch in the Pacific War: Karsik and Tramsik: Operation Lilliput

After the defeat of the Japanese at Milne Bay, the Allies took the offensive in late 1942 with an attack on the Buna–Gona–Sanananda area of Papua. In this offensive, the KPM fleet was essential to the attacking force: virtually all of the troops, weapons, and supplies were carried by Dutch convoys of one or two vessels. These convoys, collectively known as Operation Lilliput, used the KPM vessels Balikpapan, Bantam, Bontekoe, Both, Cremer, Janssens, Japara, Karsik, Maetsuycker, Patras, Reijnst, s’Jacob, Swartenhondt, Tasman, Thedens, Van den Bosch, VanHeemskirk, Van Heutz, Van Outhoorn, Van Spillbergen, and Van Swoll.

Such dangerous operations were not undertaken without loss. On 8 March 1943, s’Jacob was sunk off Oro Bay by Japanese bombers; Bantam fell victim to a similar attack later in the month, and was run aground as it was about to sink. Van Heemskirk was also sunk by aircraft at Oro Bay in April, and several other ships were seriously damaged by bombs.

In December 1942, with the campaign at Buna in jeopardy, and no landing craft available, the former train ferry Karsik was pressed into service as an emergency tank landing ship, carrying four M-3 Stuart tanks of the Australian 2/6th Armoured Regiment to Oro Bay. This convoy (imaginatively named Operation Karsik) was a great success, and the tanks played a decisive role in the fighting. A second such voyage (Operation Tramsik) was quickly undertaken. 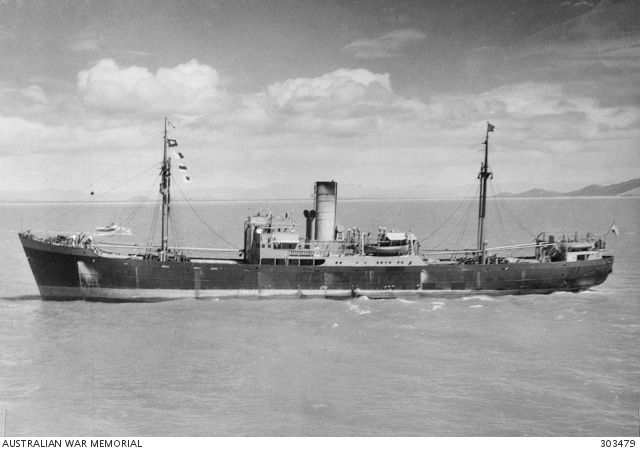 Formerly the German Soneck, and impounded in the NEI when war began, the 2,191-ton steamer Karsik (as it was renamed) was used as a train ferry at Batavia until the Japanese invasion. This meant it was well suited for the later job of carrying much needed tanks to the Allied forces in New Guinea. 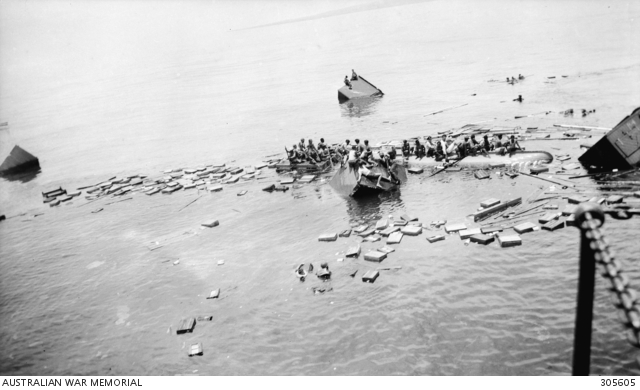 Survivors of the s’Jacob, sunk on 8 March 1943, await rescue by HMAS Bendigo near Oro Bay. 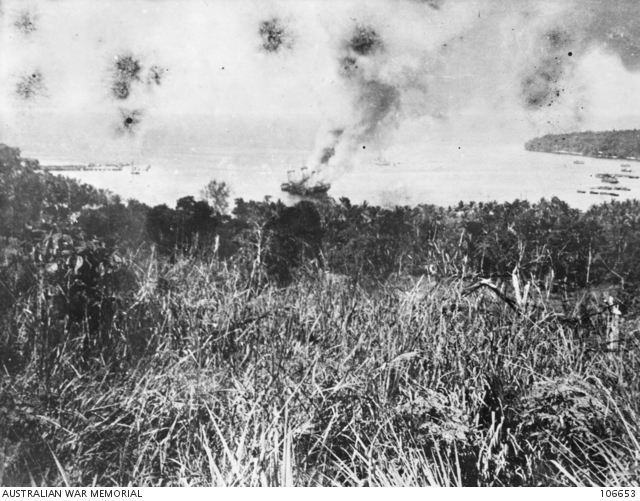