Brothers in Arms: the Vietnamese Australian experience of the Vietnam War

On display until April 2020

This exhibition showcases two new art commissions by artist Dr Dacchi Dang and are the first substantial acquisition for the Memorial’s collection from the Vietnamese Australian perspective on the Vietnam War. These include the first hand-drawn animation in the collection, featuring an estimated 1.5 million drawing marks across 120,000 frames.

These stories have informed the creation of two major artworks, a series of lacquer panels and the video artwork. Dr Dang used traditional Vietnamese lacquer to create a tangible connection with the subject.

The development of the artworks was made possible through a bequest by retired Major John Milton Gillespie, a Vietnam veteran and immigration consultant.

More information and a short documentary about the project can be found on The Gillespie Bequest: Vietnamese–Australian experiences of the Vietnam War page.

An interview with the artist can be read on the Memorial's website. 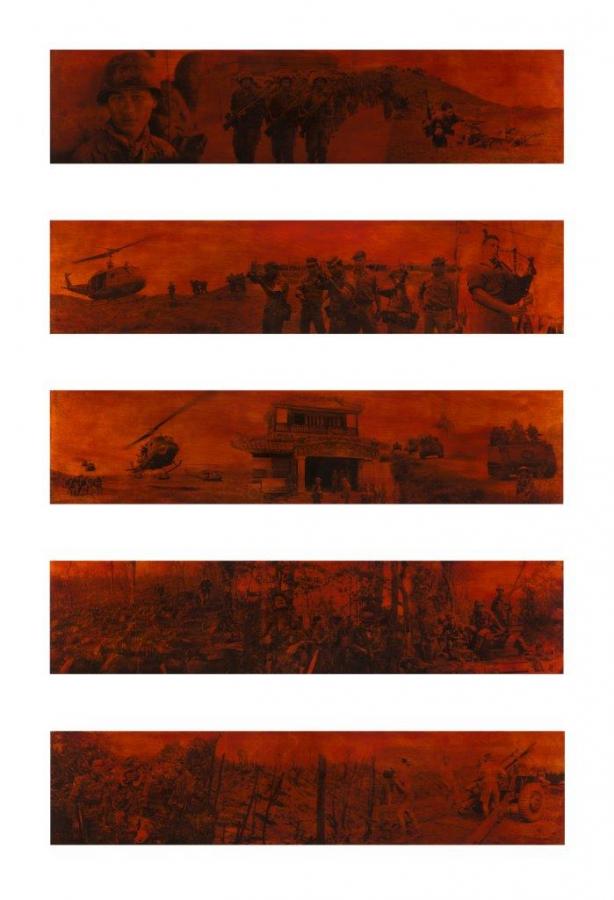