Ever since the birth of photography, a practical means of taking colour images had proved elusive.

The first truly successful experiment in colour photography was in 1861, when physicist James Clerk Maxwell projected a colour image of a now famous tartan ribbon for the Royal Society in London. Maxwell’s work was developed by others, including Louis Du Hauron, who patented many ideas that were to form the basis of most future colour developments. Gabriel Lippman’s 1891 interference method, which earned him a Nobel Prize in 1908, was also a significant step forward, although not commercially practical.

It was the invention of the “autochrome”, by French brothers Auguste and Louis Lumière, that would eventually sweep all other methods of the day into obscurity. They first demonstrated the autochrome to the French Academy of Sciences on 30 May 1904; then in 1907 they launched the autochrome as a commercial product at the Photo-Club de Paris. By the time production ceased in 1932, an estimated 20 million autochromes had been made.

Although the autochrome was by far the most commercially successful system, there were others, including the Paget colour plate system.

Colour printing on paper was not practical at the time, so these images were usually shown as transparencies, held in a frame in front of natural or artificial light, or as slides in “magic lantern” shows. 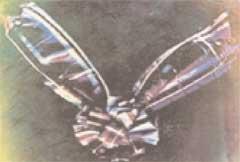 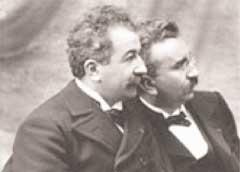