A notorious wartime Sydney madam. Tilly Devine came to Australia as a war bride; her later extensive criminal activities made her an almost legendary figure.

Thousands of English war brides came to Australia after the First World War, but one would become notorious as a leading Sydney criminal. Matilda Twiss married Sapper James Devine, a former Queensland shearer, on 12 August 1917 in London when she was 16 years old. He returned to Sydney in 1919 and she followed early the next year.

Jim Devine had joined the AIF in February 1916 and went to France for a brief period. He proved to be a worthless soldier, spending almost all his time in English training camps, absent or in detention. Even after the war his return home was delayed because he was serving a long sentence for eight months’ illegal absence.

Settling in Sydney, the Devines were soon enmeshed in the criminal underworld. They were involved in “sly grog”, drugs, and attacks on other gangs. Before she had turned 25, Tilly Devine had almost 70 convictions for prostitution, offensive behaviour and indecent language. In 1925 she was jailed for two years for a razor attack on a man. She became a notorious madam and was called Sydney’s “Queen of the night”. When she no longer needed her brutal husband’s protection, and having tired of his violence towards her, she divorced him in 1943.

The social dislocations and movements of great numbers of local and Allied servicemen through Sydney during the Second World War provided a boom time for Tilly’s establishments. Operating from Woolloomooloo, flaunting herself, holding lavish parties, and generously supporting the war effort, she became the “Queen of the ’Loo”. She married again in 1945, to a seaman named Parsons.

Tighter public controls and declining health curtailed her operations after the war, but she was still a prominent and outrageous figure. She remained criminally active and was brought before the court numerous times. Still, in 1953 she went to London to see the coronation procession. A few years after her death she was the inspiration for Peter Kenna’s play, The slaughter of St Teresa’s Day (1973). 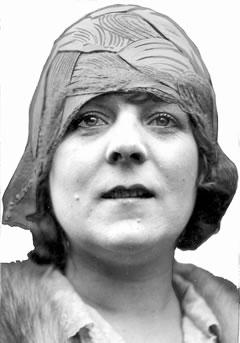 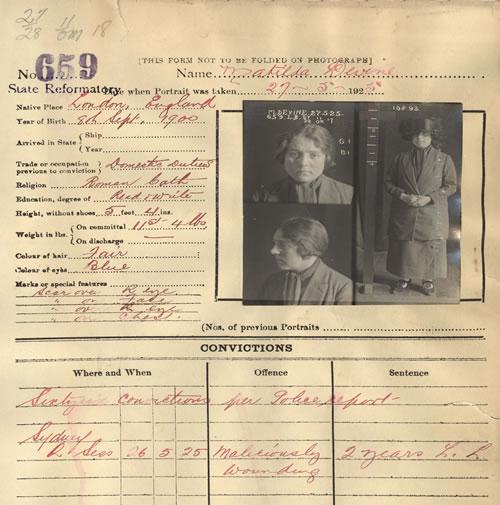 An extract from Tilly Devine’s 1925 police record sheet; she already had 66 convictions.
Courtesy of State Records of New South Wales 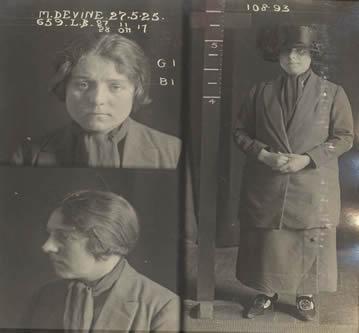 Police photographs of Tilly Devine in 1925; she was then sentenced to two years goal for a razor attack on a man
Courtesy of State Records of New South Wales 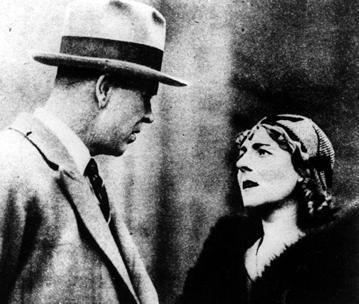 Tilly with her notorious first husband, “Big Jim” Devine, after he was acquitted of attempting to murder her.