The first Australian official female war artist. Daughter of the renowned landscape painter Hans Heysen, Nora established her own reputation as an artist in war and in peacetime.

The fourth child of Hans and Selma Heysen, Nora Heysen inherited an interest in drawing and painting; in her teens she studied at the School of Fine Arts in North Adelaide. In 1933 she had her first solo exhibition in Adelaide. The following year she went to London to continue her studies and also travelled extensively throughout Europe. Coming home in 1937, she soon moved to Sydney and entered two portraits in the Archibald Prize for portraiture, winning with a portrait of Madame Elink Schuurman.

Once the war began Heysen did some volunteer work.Her chance for a greater contribution came in 1943 when she was appointed an official war artist. “I was commissioned to depict the women’s war effort. So I was lent around to all the Services; the air force, the navy and the army, to depict the women working at everything they did,” she recalled.

In April 1944 Heysen was presented with a wider scope for her work when she went to New Guinea. The working conditions there were difficult for an artist. The troops may have found her unconventional, but she was committed to her work. “If I was going to do war subjects I wanted to be as near as I possibly could.” She spent seven months in New Guinea and returned to Australia suffering from dermatitis.

Back in Australia Heysen depicted the activities of the army medical units at Sydney Hospital. In May 1945 she went to Queensland to paint the work of the RAAF nursing sisters serving on the medical evacuation flights. Altogether, she completed over 170 works of art while an official artist. She also met Captain Robert Black, a doctor, whom she later married.

After the war Heysen continued to paint, but didn’t seek publicity. “I wasn’t a social bird ever,” she later said. Her great pleasures were her home, her cats, and her garden. She also travelled widely. In 1993 she was awarded the Australia Council’s Award for Achievement in the Arts. 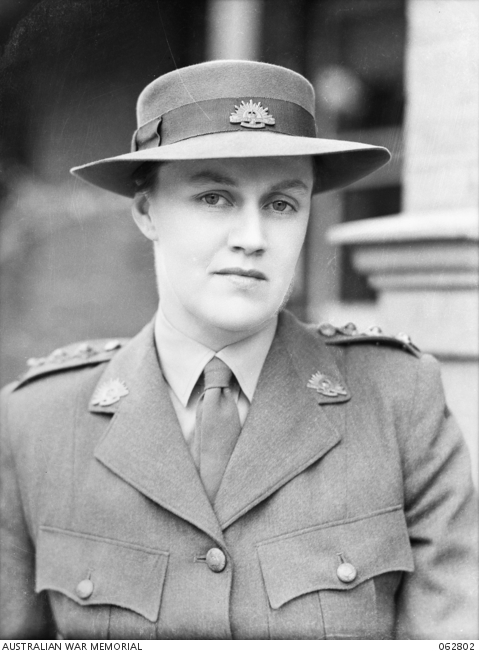 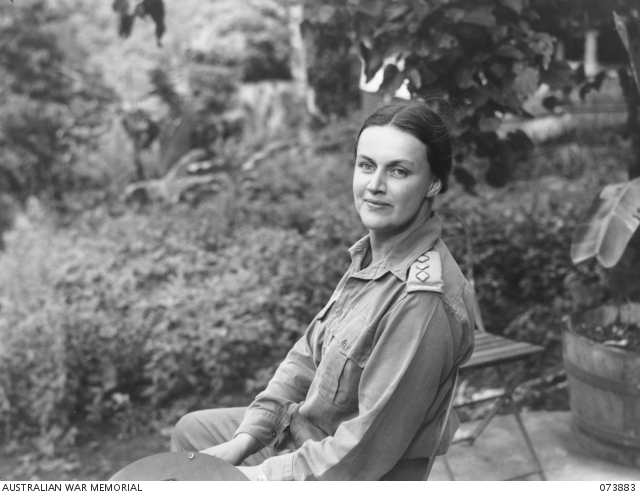 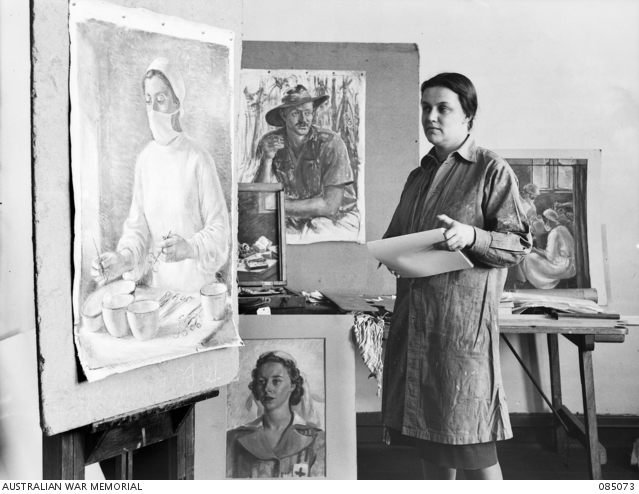 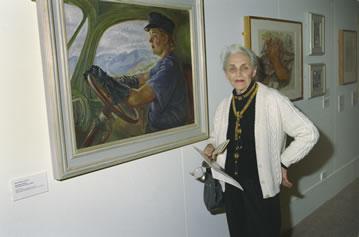 Nora Heysen is reacquainted with her painting Transport driver at the Australian War Memorial’s Through women’s eyes exhibition in 1994.