A soldier who achieved fame through the publication of his photograph during the war. It showed a wild-eyed Hines surrounded by his souvenirs of the fighting at Ypres.

A Liverpool Irishman, Hines was drifting around Australia working at different jobs before he joined the AIF in 1915. He was heavily tattooed and gave his age as 28, but was in fact much older.

Hines served with the 45th Battalion. An effective soldier in battle, he was a troublesome one out of it. He was often absent without leave, and also faced charges for drunkenness, and for forging entries in his pay-book. He saw most of his action in Flanders, where he was wounded. Hines was eventually discharged on medical grounds before the war ended.

A photograph of Hines taken near Ypres, wearing a German cap and surrounded by souvenirs taken from the enemy, was published in late 1917. It was simply titled, “Wild Eyes, the souvenir king”. The photograph was widely circulated during the war, and it achieved fresh fame when exhibited and re-published more than a decade later. Old soldiers felt that it represented the larrikin side of the archetypal digger.

Hines became the subject of many tall tales and true. One popular but doubtful story was that the Kaiser had been enraged by the publication of the photograph that seemed to show a barbaric Australian gloating over his battle trophies.

After the war Barney Hines lived as an unmarried loner in a bag humpy beyond Sydney. From time to time, the photograph would be published and he would come briefly to the public’s attention. The post-war years and the Depression were hard on him, although he received occasional support from ex-service groups. 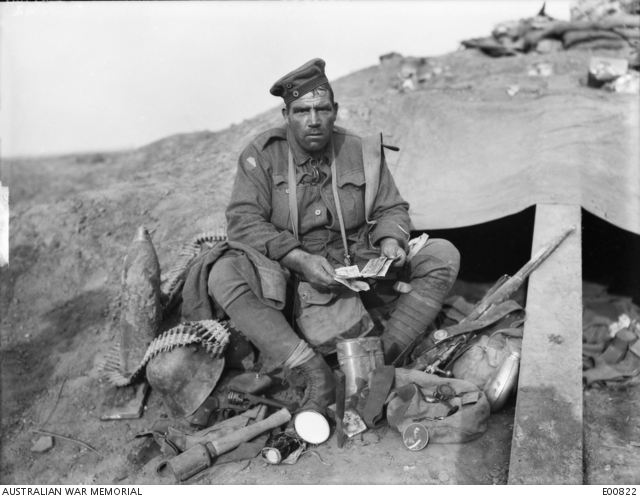 Private Barney Hines, with his trophies from the fighting at Polygon Wood, Belgium 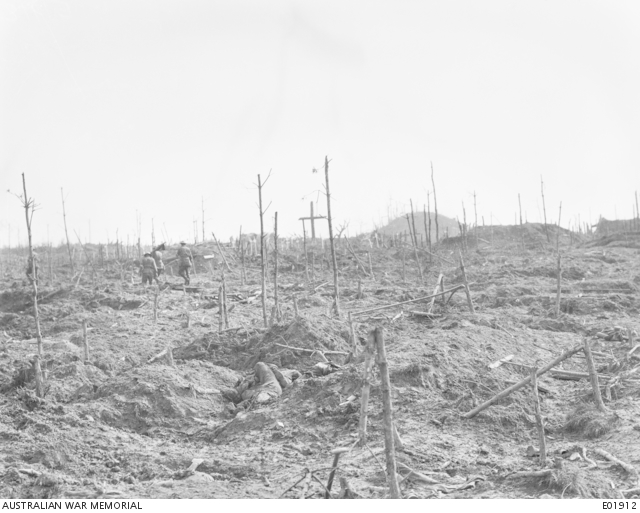 Polygon Wood battlefield where Hines gathered the souvenirs displayed in his famous photograph. 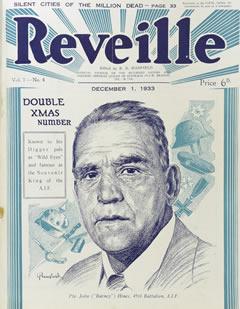 Barney Hines featured on the cover of the returned soldiers’ journal, Reveille, in December 1933.