The only serving member of parliament to die on service in the Second World War. Lamb enlisted for active service but died as prisoner of the Japanese.

It must have been a powerful sense of duty that compelled Hamilton Lamb, aged 40, to join the second AIF in 1940, leaving behind his ailing wife, three young children, and his seat in parliament. It was a tragic decision; his wife died soon afterwards and Lamb would die in captivity, sick and in the most miserable conditions, on the notorious Burma–Thailand Railway.

The son of school-teachers, Lamb had attended the University of Melbourne and graduated in 1921. He also served in the militia. He became a teacher and was later headmaster at Geelong Grammar Preparatory School and principal at Kyneton College. However, he set another course in his life when he entered the Victorian Parliament, being elected Country Party member for the seat of Lowan (now Wimmera) in 1935. He had a strong sense of social justice; some thought him an idealist.

After enlistment, Lamb was posted to the 2/2nd Pioneer Battalion. The unit sailed for the Middle East and took part in the fighting in Syria against the Vichy French. Lamb was commissioned lieutenant in October 1941. Early next year the unit sailed to Java, where, only a month later, it marched into captivity.

The prisoners were moved to Singapore, where they were dispersed. Lamb was sent to the notorious Burma–Thailand Railway. Still a member of parliament, he was re-elected unopposed while a prisoner of war, but died from illness on 7 December 1943. He is buried in the remote Thanbyuzayat War Cemetery in Myanmar (Burma). The memorial hall in his home town of Horsham, Victoria, is named in his honour.

Too oft am I accused of idle dreams,
Of pursuing mirage-like paradise,
While myriads of men with callous schemes
Of self-advancement, scorn the sacrifice. 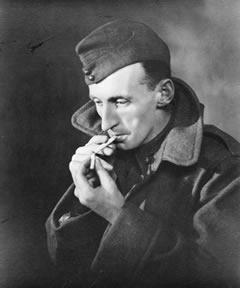 George Lamb shortly after he joined the AIF in 1940.
on loan from the collection of Mr Anthony Lamb 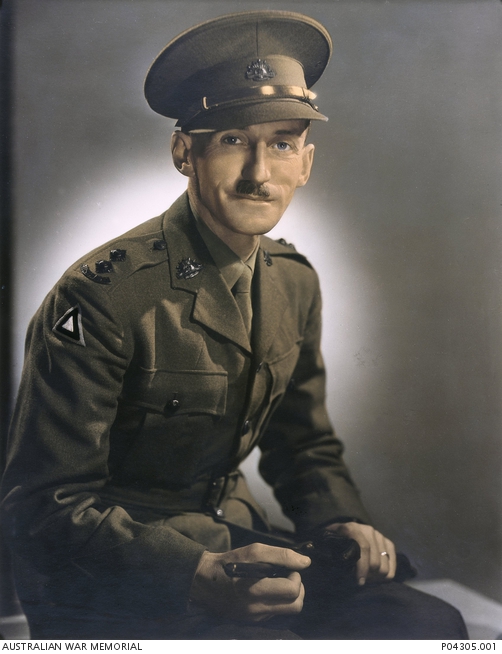 Lieutenant George Lamb was commissioned in 1941. The following year he became a prisoner of the Japanese.