A wartime pilot and pioneer of civil aviation and air mail routes. To his generation “Smithy” became as much a national symbol as Phar Lap or Don Bradman.

Kingsford Smith was in the army cadets until 1915; when he turned 18, he enlisted in the AIF. He became a signaller and despatch-rider and saw war service on Gallipoli and in Egypt and France before transferring to the Royal Flying Corps (RFC).

The young pilot joined No. 23 Squadron RFC on the Western Front in July 1917. He soon destroyed four enemy aircraft in combat, but in August he was wounded and shot down, resulting in the loss of some of his toes. He was awarded the Military Cross.

After the war flying became his passion and he piloted joy-flights overseas before returning home in 1921. In the following years he tried to establish viable aviation companies. It was an expensive business and he regularly sought publicity and sponsorship for record-breaking flights.

One epic flight, above all his many others, established “Smithy” as one of the greatest pioneering pilots of all time. On 31 May 1928 he took off from California with Charles Ulm and two American crewmen in a three-engined Fokker, the Southern Cross. For aircraft of this era it was an immense distance, over water all the way. They flew via Hawaii and Suva to Brisbane, fighting storms and near exhaustion, completing the journey in under 84 flying hours.

For his achievements, Kingsford Smith was given honorary rank in the RAAF and awarded the Air Force Cross. He continued on more record-breaking flights to show the feasibility of air passenger and mail services. In 1932 he was knighted for his contribution to aviation.

Most Australians loved Smithy’s dare-devil attitude and his larrikin streak: “a drink and cigarette in hand … he lived hard and fast”. But he was dogged by tragedy: a former colleague, Keith Anderson, died during a search when Smithy went missing briefly in the Northern Territory in 1929; then in 1931 a company aircraft Southern Cloud was lost with all passengers and crew. Finally, in 1935, Kingsford Smith disappeared off Burma while attempting yet another record-breaking flight. 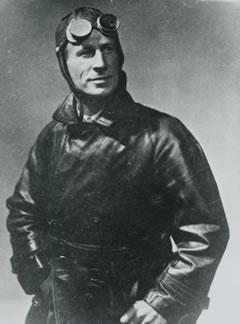 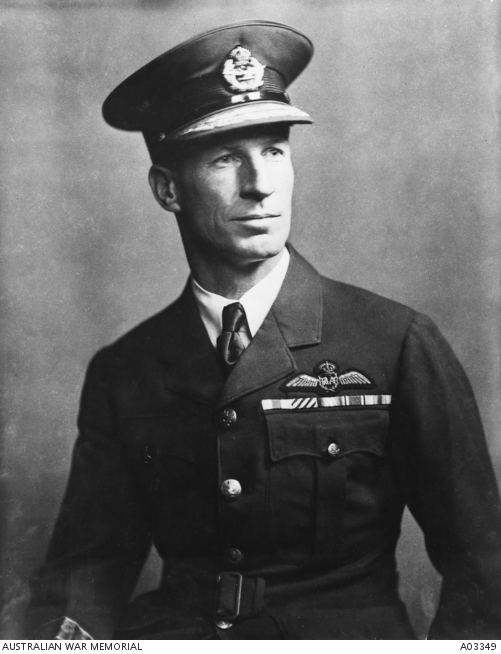 Charles Kingsford Smith in the uniform of a pilot of the Royal Australian Air Force. 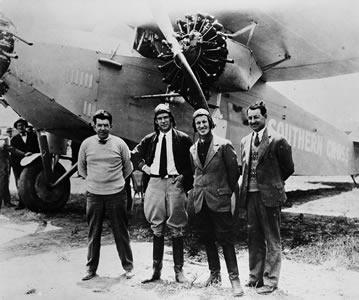 The crew that crossed the Pacific in 1928; (left to right) Harry Lyon, Charles Ulm, Charles Kingsford Smith, and John Warner.
National Archives of Australia. A1200, L36324 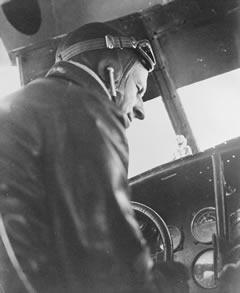 Kingsford Smith in the cockpit of the Southern Cross, the aircraft in which he made his most famous record-breaking flight.
National Archives of Australia. A1200/18, L16620