An outstanding cricketer who flew air operations over Europe. As one sporting writer said, “It is difficult to imagine anyone who fitted the image of a ‘Boy’s Own’ hero better than Keith Miller.”

At 22 years of age, Keith Miller was showing great potential as a cricketer when he enlisted in the RAAF in January 1942. A fine athlete, he also played VFL football for St Kilda. Another young airman who was with him in training recalled that he was “a magnificent looking fellow. He used to walk like a king … he was a marvellous bloke.”

Having been named after the Australian aviators Keith and Ross Smith, it was fitting that Miller was accepted for pilot training. He attended flying schools at Cunderdin, Western Australia, and Mallala, South Australia, before embarking for the United Kingdom in January 1943. After advanced training in England, Miller was finally posted to No. 169 Squadron RAF, equipped with DH Mosquitos, and flew in support of Allied operations over Europe during April and May 1945. In later years he was asked by a television interviewer how he handled pressure on the cricket field. His famous dismissive reply: “Pressure is a Messerschmitt up your arse.”

There were sporting opportunities in wartime England. Miller played cricket in RAAF teams against RAF and British Army teams, and in 1945 was a member of the Australian Services XI “Victory Test” team that re-established the international game after its wartime suspension. He carried his dash and free spirit onto the cricket field, where he earned the undying admiration of the British public and extended his reputation among his own countrymen. A British sporting journalist called him “the golden boy” of cricket. Thereafter, he was known as “Nugget”.

Miller was selected in the Australian Test side against New Zealand in 1945–46. He soon became known as a great all-rounder. By the time he retired a decade later he had played 55 times for Australia, scoring 2,958 runs at an average of 36.97, and taking 170 wickets for an average of 22.97 runs. A likable larrikin, “Miller was a star and a bon vivant, but not a snob”. He later became an outspoken journalist and cricket commentator. 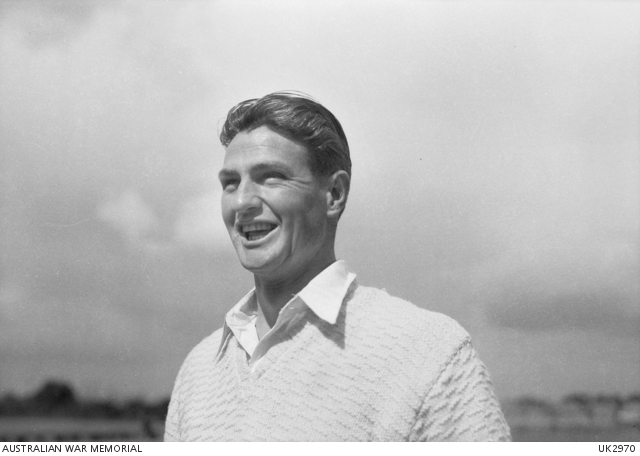 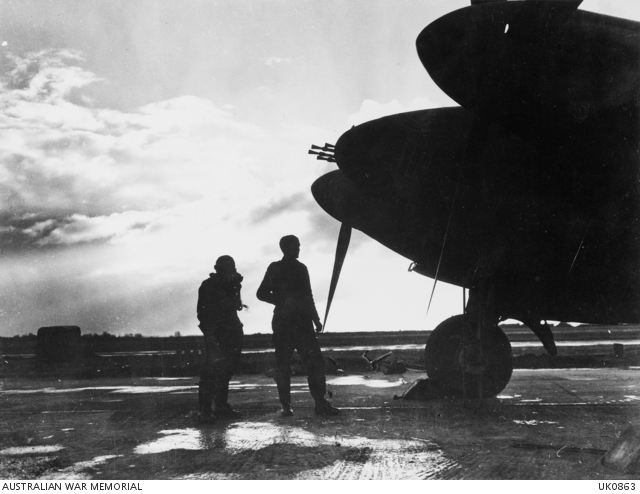 An Australian Mosquito crew prepares to take off on an operation over Germany. 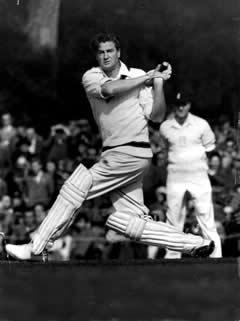 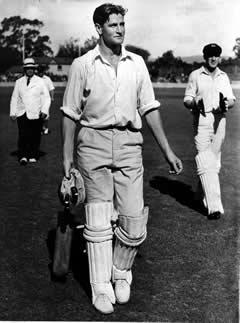 A great cricketing all-rounder, Miller was as popular with British crowds as he was with Australians.
Photo courtesy of Fairfax Photo Library 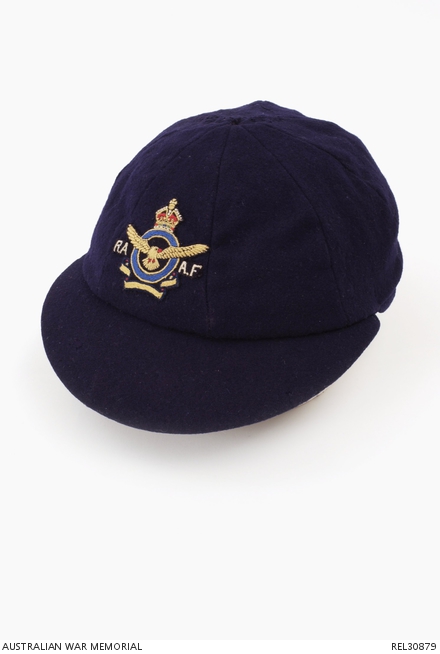 Keith Miller’s cap Cricket cap of the RAAF XI, worn by Keith Miller during matches in Britain in 1945.