Australia’s leading balladist, and famous for writing “Waltzing Matilda”. Paterson was a war correspondent, drove an ambulance in France, and was later an officer in the remount service in the Middle East.

The man who wrote Australia’s most popular song, “Waltzing Matilda”, Paterson grew up on his family’s property beyond Yass, New South Wales, and drew a lifelong inspiration from the Australian bush and its characters. As a young man he was a keen polo player and amateur jockey. He was also a city man, working as a solicitor. In 1895 his collection of ballads, The man from Snowy River, and other verses, was published; it became an immediate hit. “Waltzing Matilda” appeared soon afterwards.

In 1899 he was sent to South Africa as a war correspondent to cover the war for The Sydney Morning Herald and the Melbourne Age. He left with the first Australian contingents and reported many of the early battles. In 1901 he went to China as correspondent for his Sydney newspaper. After visiting Britain, he returned to Australia and focused on writing and journalism and also took over a property.

On the outbreak of the First World War Paterson left Australia with the first AIF convoy in October 1914 as a press representative. The troops stayed in Egypt while he continued on to Britain but he failed to get employment as a correspondent there. He went to France, where he worked for a while driving ambulances for the Australian Voluntary Hospital. In 1915 he returned home and was commissioned in the AIF and sent to the Middle East. Experienced with horses, he was promoted to major and commanded the Australian Remount Squadron.

Paterson eventually returned to journalism and later concentrated on writing. He was a national celebrity until his death in 1941. Throughout his life he was a living part of the legend of the Australian horseman, bushman, and soldier of whom he wrote so fondly. 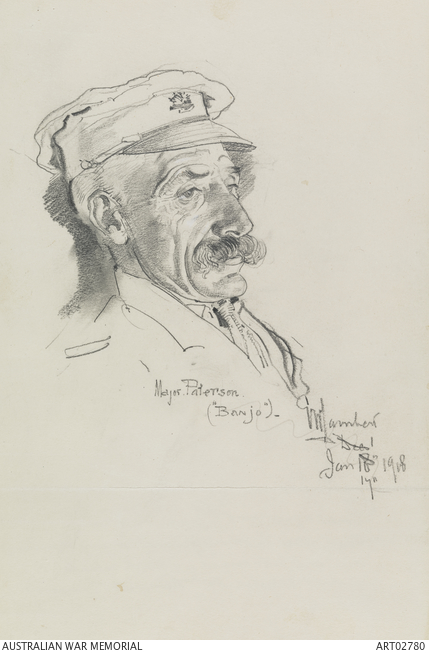 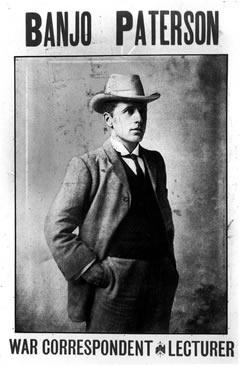 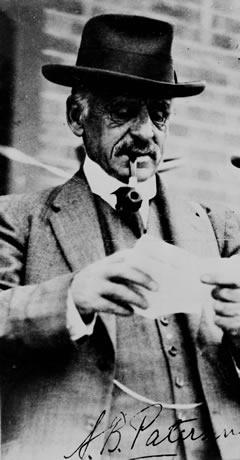