An Australian actor serving with the RAAF. Goffage’s air force service was interrupted when he was seconded to act in a number of films, including some famous Australian war classics.

John Goffage had done a variety of jobs ranging from deck-hand, drover and shearer to operating an ice-cream parlour. However, he also had an interest in the arts, including poetry, painting, and acting. He entered show business as a magician’s assistant and also worked as a film extra. Eventually he became an actor, famous by his screen-name, “Chips Rafferty”, and was widely regarded as the “archetypal Aussie” of his day.

A role in the 1940 film Dad Rudd MP, brought Rafferty to public attention. From there he was cast in a leading role in Charles Chauvel’s Australian light horse classic, Forty thousand horsemen. The following year, aged 32, he enlisted in the RAAF and eventually saw service in Australia, New Guinea, and the Netherlands East Indies, including Milne Bay and Morotai.

In April 1943 Rafferty was commissioned in the RAAF Administrative and Special Duties Branch, and performed a variety of welfare and entertainment duties. The wartime need for entertainment, and for propaganda, meant he was in demand. He was released to act in films for the Department of Information and had a leading role in Chauvel’s The Rats of Tobruk (1944).

Tall, friendly, with an irreverent sense of humour, Rafferty grew in popularity after the war. He became a solid supporter of the local film industry. He was acclaimed for his work in The Overlanders (1946) and went on to roles in British and American productions made in Australia. He also took work overseas and appeared in The Desert Rats (1953), Mutiny on the Bounty (1962), and even worked with Elvis Presley in Double trouble (1967).

Rafferty’s film career largely began with comedy, but he later identified himself with outback characters and came to symbolise essential Australian qualities. Some of his characters may have been uncomplicated or crude, but he was a much loved actor when he died in 1971. 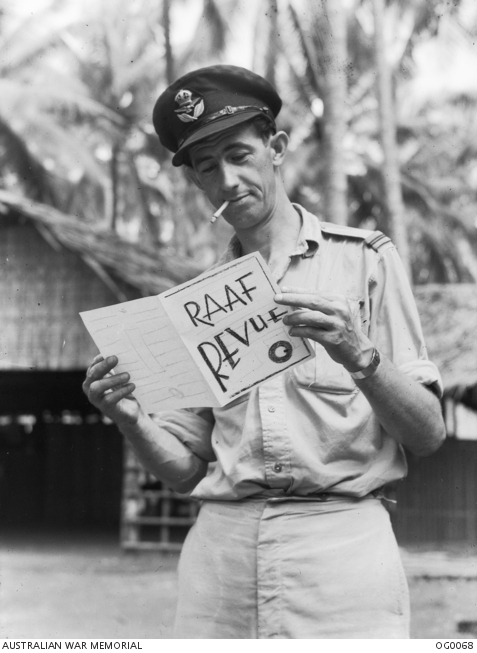 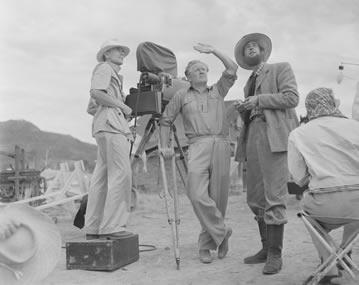 A bearded Chips Rafferty during the making of the Australian film Eureka stockade in 1948.
National Archive of Australia A1200, L9993