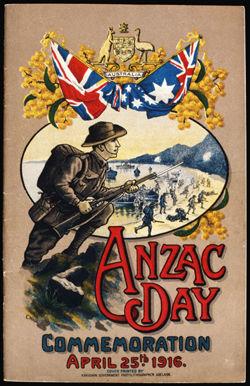 The Commonwealth of Australia came into existence with none of the formal symbols by which a nation expresses its identity. British coins and currency were the legal tender, and the postal services continued to issue colonial postage stamps. At the beginning Australia had no national flag, coat of arms, colours, anthem, flower or seal.

Most religious festivals, holidays and anniversaries had arrived with the colonists. The monarch's birthday had always been celebrated, and Empire Day was introduced in 1905. The 26th of January was marked as Anniversary Day (later Australia Day), but this was observed widely only in New South Wales. St Patrick's Day was celebrated by the Catholic population. Melbourne Cup Day was Australian in character but belonged to Victoria.

Australians sought their own symbols and national day.