Out in the Cold: Australia's involvement in the Korean War - "Operation Han"

HMAS Murchison, under the command of Lieutenant Commander A. N. Dollard, saw its first action in July 1951, while patrolling the Yellow Sea. Many enemy forces were stationed along the sea's shores. On the 24 July, the vessel fired successfully on an enemy tank on shore, on the west coast of the Haeju peninsula. Murchison, along with other frigates and launches, then moved into the Han River, which proved slow and difficult to navigate.

The aim of "Operation Han" was to destroy enemy forces and installations along the Han River in the Kaesong area. A naval blockade would also prevent the Chinese from crossing the river and occupying the group of islands to the south along the coast. A group of 14 UN ships launched a full-scale bombardment campaign of firing shells into a large area near Kaesong, on the north bank of the Han. While the blockade of the Han and the bombardment campaign went on for months, survey boats mapped and charted the many channels of the river, often becoming targets for enemy soldiers on land.

By September, the Chinese prepared for organised retaliation. On 28 September, Murchison exchanged fierce fire with Chinese troops along the coast. Two days later, it was fired upon again, this time with greater force and accuracy. There was a direct hit in her engine room from a 75 mm shell, shrapnel damage, and seven shell holes in her side, but she sustained no serious damage. Several men on board were wounded, one seriously. Murchison's involvement in Operation Han was considered a significant success.

Admiral A. K. Scott-Moncrieff, Commander, West Coast Blockade Force, sent this message to the crew of the Murchison:

You have been a tower of strength and your good name will always be associated with the infamous Han. No ship could have done better. For fine seamanship and steadiness under fire you have proved yourselves beyond reproach. 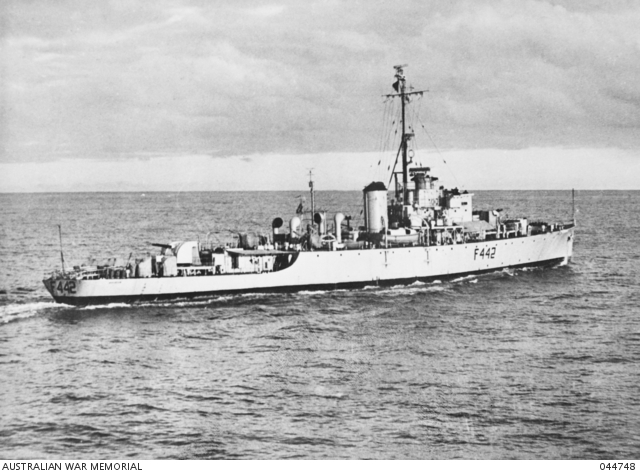 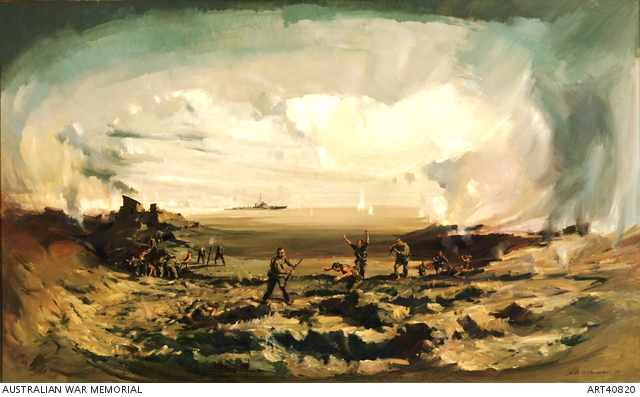 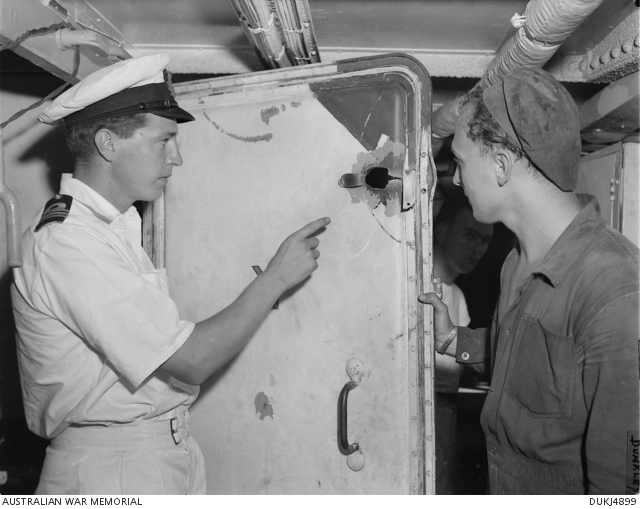 The Executive Officer of HMAS Murchison points to the puncture made by a Chinese anti-tank shell which then cut through a steel door into the engine room.