Out in the Cold: Australia's involvement in the Korean War - Stalemate

“We waged trench warfare against the North Koreans and their Chinese allies, from fortified lines that stretched across the mountainous peninsula from coast to coast.”

After the battle of Kapyong, the front became less mobile. For most of the second and third years of the war, the Australians remained in the area around the 38th parallel, fighting trench warfare in appalling conditions, much like the soldiers of the First World War. Conditions were dirty, cramped, and soldiers were plagued by vermin and lice. During the freezing winters, some UN soldiers froze to death in their trenches.

“I was rudely awakened by the sound of a few bursts from an Owen gun sounding off in my bunker. I thought the Chinese had arrived, but it was only Maurie [Pears] on a rat-killing episode.”

Trenches could be as close as 200 metres or as far as two kilometres apart. Most of the fighting in this period took the form of exchanging artillery and mortar fire, and laying mines. Trench raids and patrols were used in a "see-saw" war of small gains and losses of ground, of taking and losing hills. Although a stalemate had been reached, frequent patrols, probes of enemy positions and intelligence gathering meant Australian troops still saw considerable action.

On the night of 12 July 1952, east of the Samichon River, a patrol from 3 RAR was sent out to capture a prisoner from a Chinese post. It was better defended than expected. After fighting their way right up to the enemy trenches, the Australians were turned back with heavy losses: one killed, twelve wounded and two captured. Stretcher-bearer Private Thomas Jubb was awarded the Military Medal for reorganising the patrol and evacuating the wounded while under heavy enemy fire. 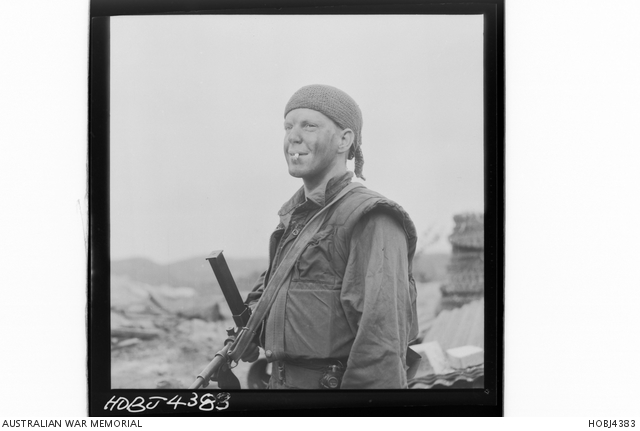 Private Dick Gray, 3 RAR, smiles through his greasepaint before moving off on patrol,
1 July 1953. 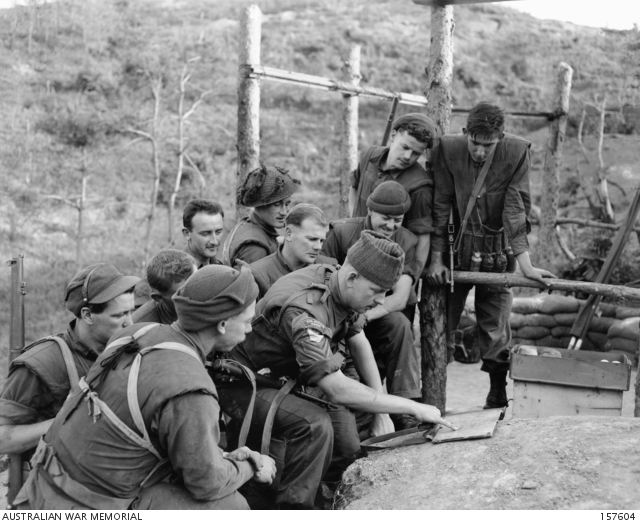 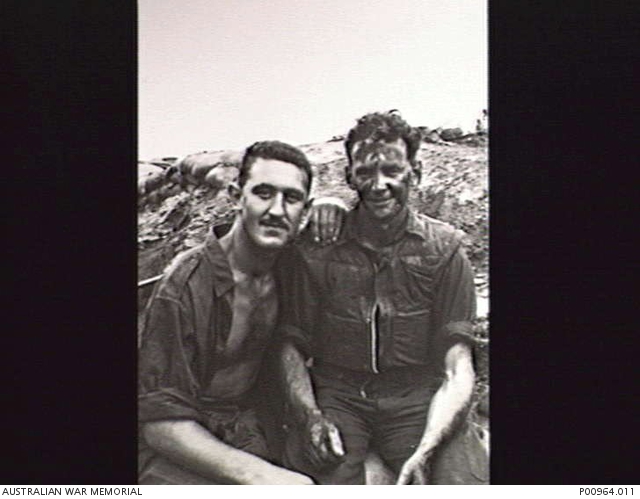 Korea, 1953. Corporal Ron Cashman (left) and Bob Fallon of 3 RAR outside their bunker. 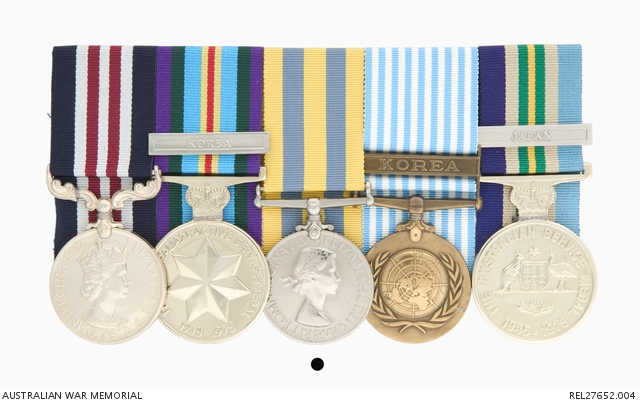 Stretcher-bearer Private Thomas Jubb was awarded the Military Medal for reorganising the patrol and evacuating the wounded while under heavy enemy fire. REL 27652.001 - .005

In another patrol action, on the night of 24-25 June 1953, Corporal Ron Cashman, 3 RAR, won the Military Medal for saving a wounded fellow patrol member - the 17½ stone Private "Tubby" Ballard. Cashman carried him on his back to their position. This required a wide detour behind Chinese lines, twice coming in close contact with large groups of patrolling Chinese troops. Before his rescue of Ballard, Cashman had assisted in the recovery of two other badly wounded mates - Lieutenant A.W. Gargate and Private J.W. Kennard - from in front of Chinese positions.

Cashman was also wounded himself that night - his second injury in Korea. 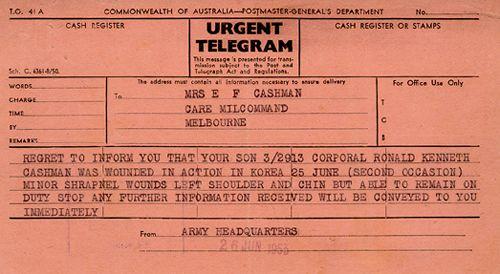 The telegram sent to Ron Cashmans mother informing her that he had been wounded for the third thime.
Text reads: "Regret to inform you that your son 5/2913 Corporal Ronald Kenneth Cashman was wounded in action in Korea 25 June (second occasion). Minor shrapnel wounds left shoulder and chin but able to remain on duty. Any further information received will be conveyed to you immediately."

This period was long and hard for Australian service personnel. They not only fought trench warfare, they fought boredom and the discomforts of their living conditions. As time passed, many men serving in Korea found they did not have a clear idea of what they were fighting for.

“I spend some of the time wondering what I am doing here, and don't come up with any clear reasons - except that it is not to save South Korea from the Communists. … they are welcome to come to the God forsaken place.”

They saw friends and comrades die, and saw thousands upon thousands of Korean civilians caught in the conflict suffering and dying

The pursuit of peace

Truce talks began, first at Kaesong and then Panmunjom. Yet the diplomatic talks stalled repeatedly over many issues, including the repatriation of prisoners of war (POWs). While the parties debated and argued, the war continued for two more years as each side fought for more ground and more power to strengthen their position in the armistice negotiations.

Click here to read the propaganda dropped by both the UN Command and the communist forces during the Korean War, each in an attempt to incite the other side to surrender.

As the war dragged on, some countries became less willing to continue their commitment of troops, yet in 1952 Australia contributed two additional battalions of the Royal Australian Regiment, 1 RAR and 2 RAR 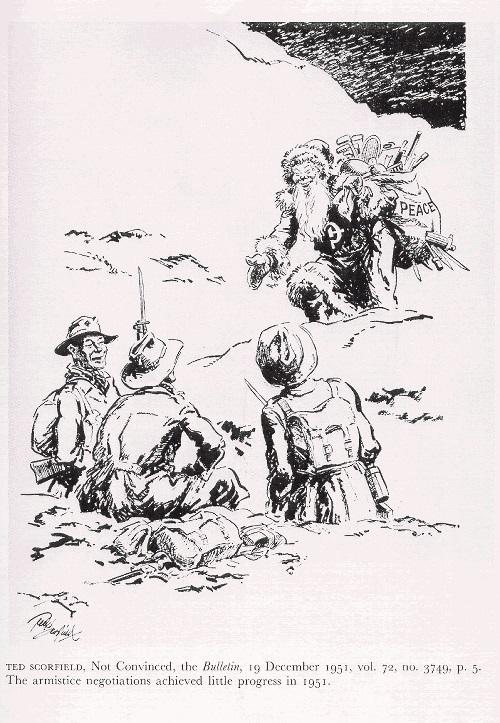 Temporary relief from the trenches came in the form of leave, or "rest and recreation." It was an opportunity to sample the cultural differences and unique attractions on offer - particularly in Japan.

"'Operation Rest and Recreation' has as its main objective the great metropolis of Tokyo. And for over two years UN troops have assaulted the mighty target with unrelenting vigour and have been returned back to Korea with wild eyes, weird stories and empty pockets. We've seen them! Bronzed, fit innocent young men they go - pale, watery-eyed veterans, they limp back. … Yes sir, it's tough over there!"

In Korea, troops were sometimes entertained by Australian performers. Sometimes service personnel had to make their own fun. 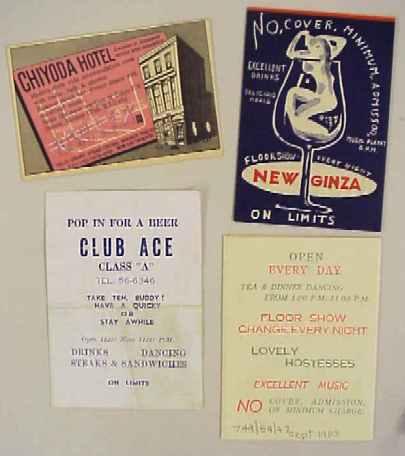 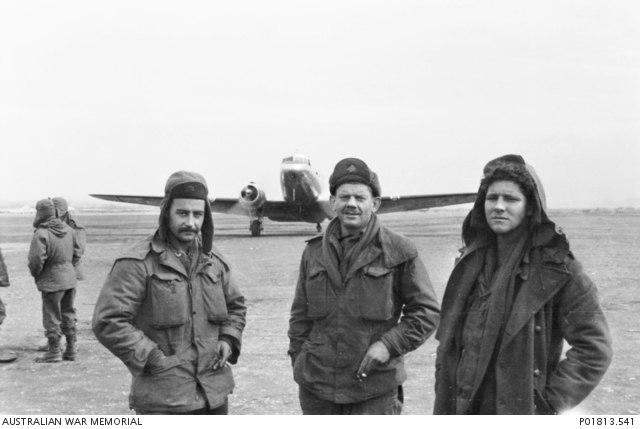 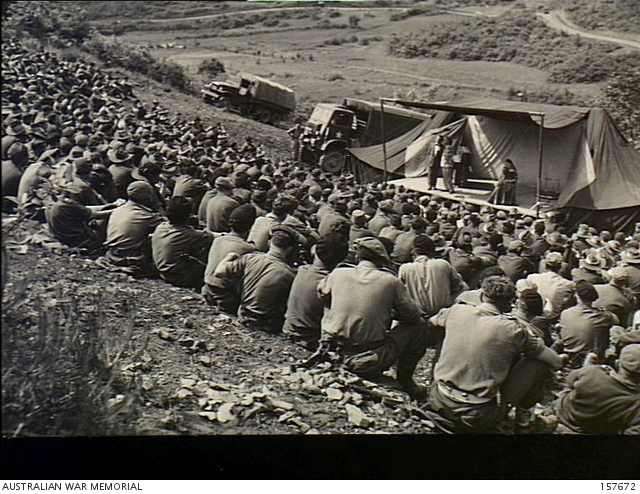 Troops from 2 and 3 RAR watch entertainer Max Reddy perform on a makeshift stage, 1953. 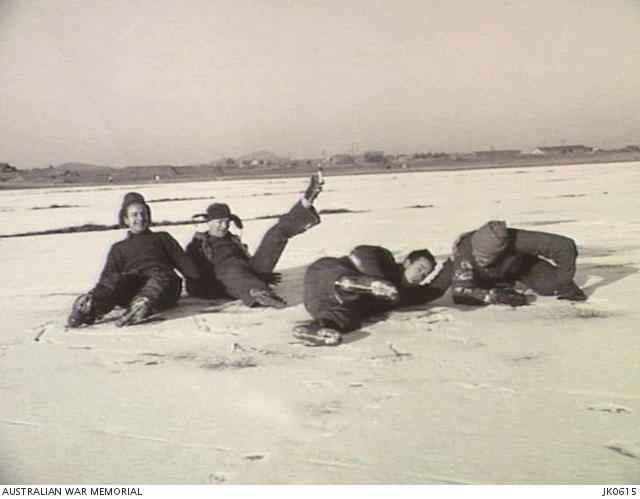 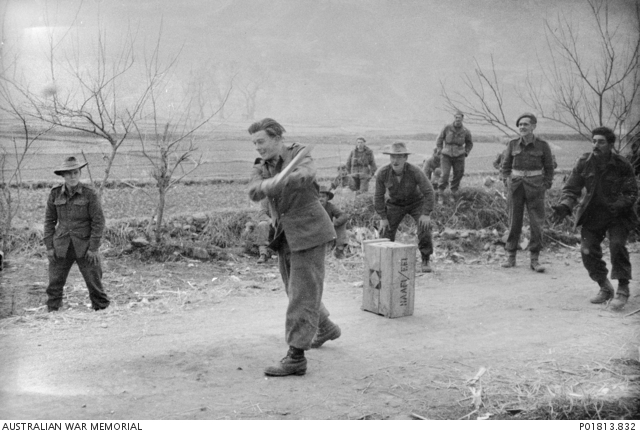 October 1950. Using a wooden box for a wicket, members of 3 RAR enjoy an impromptu game of cricket on a dirt road in the Korean countryside. 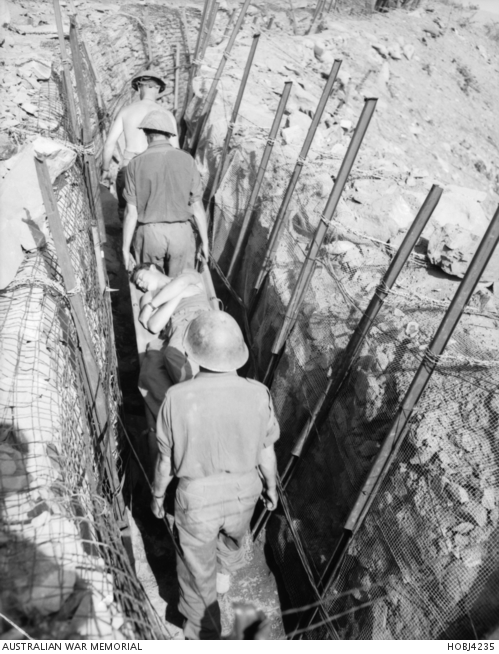 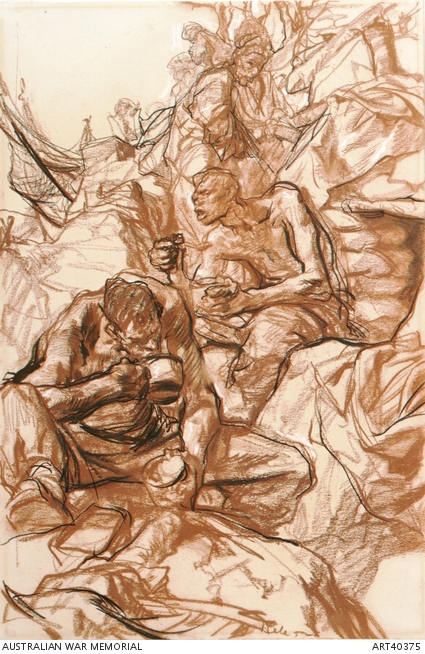 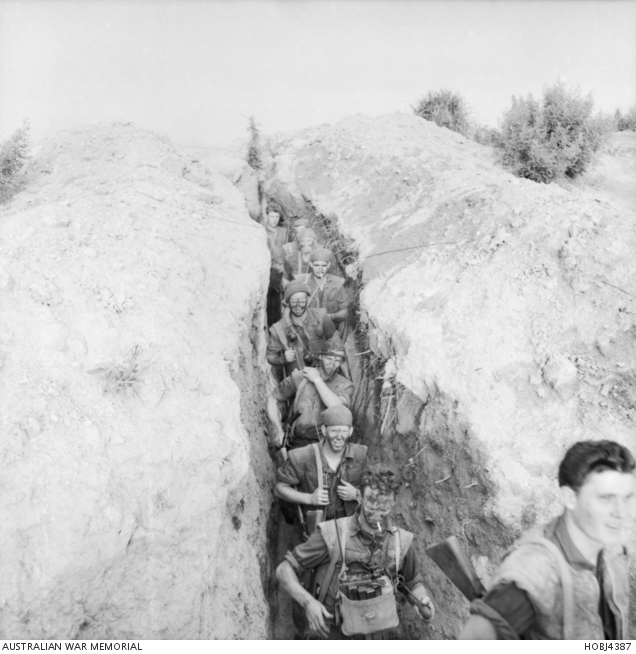 Around Hill 159, South Korea, July 1953. Troops from B company, 3 RAR, move along a trench and await the order to move off on patrol.