Out in the Cold: Australia's involvement in the Korean War - ANZUS

ANZUS joined the nations of Australia, New Zealand and the United States in a defence security pact for the Pacific region. Representatives of the governments of the three nations signed the agreement in Canberra on 1 September 1951.

Australia's involvement in the Korean War arose out of concern for the security of the region; the decision was influenced by the perceived diplomatic and security benefits to be gained by an alliance with the US. The rapid commitment of troops by Australia - independently of Great Britain - enhanced its standing as an ally.

From Australia and New Zealand's point of view at the time, ANZUS offered a protection against a possible future threat of Soviet or Chinese aggression. For the US, ANZUS represented a secure stake in the Pacific, as it sought to strengthen its alliances around the world, in its efforts to contain communist powers. ANZUS did not guarantee military support from the US, but provided for consultation in the event of an attack on any of the three countries. The treaty was also significant in that Australia joined the US in a regional security alliance that did not include its traditional ally, Britain.

In 1986, New Zealand banned the entry of US Navy ships into their ports in the belief that they were carrying nuclear weapons or were nuclear-powered. The US responded by suspending relations with New Zealand as a member of ANZUS. For Australia, this alliance with the US has continued to be a foundation of its defence policy. 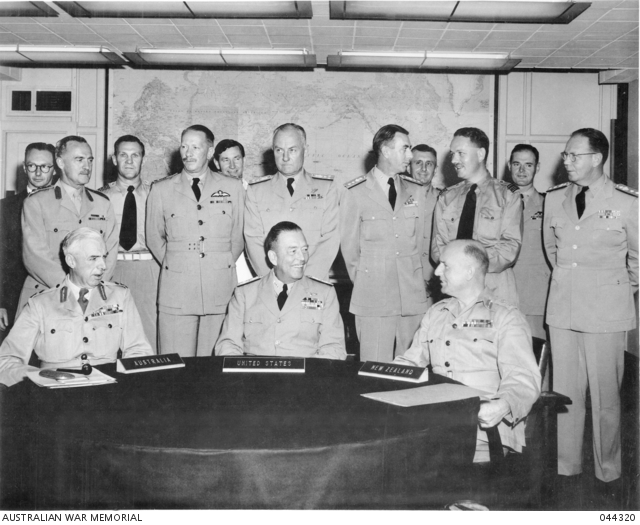