Out in the Cold: Australia's involvement in the Korean War - Origins of war

What events led to the Korean War and Australian involvement in this conflict?

In 1910 Japan annexed Korea and for the next 35 years ruled its colony harshly. During this time, various groups in Korea sought support from external powers, including China, the Soviet Union, and the United States. After the defeat of the Japanese in the Second World War, in order to facilitate the disarming of Korea's defeated Japanese rulers, the United States and the Soviet Union divided the peninsula into two zones of control. The Americans controlled Korea south of the 38th parallel, the Soviets the area north of the parallel.

While agreeing in principle to the unification of Korea, either as an independent nation or under international trusteeship, the two superpowers could not agree on how to bring this about. Each assisted the establishment of a regime to its own liking in its part of the country - communist in the north, and non-communist in the south.

This artificial division of Korea became increasingly bitter. Between 1945-1950, tension between the two governments of the North and South became more pronounced, and civil war seemed imminent.

Despite their apparent interest in the region, it is clear that both the US and USSR did not want a long-term involvement in Korea, as postwar Europe was still their most important strategic concern. So what was to be done to create an independent and unified Korea? The search for a solution was taken up by the United Nations. 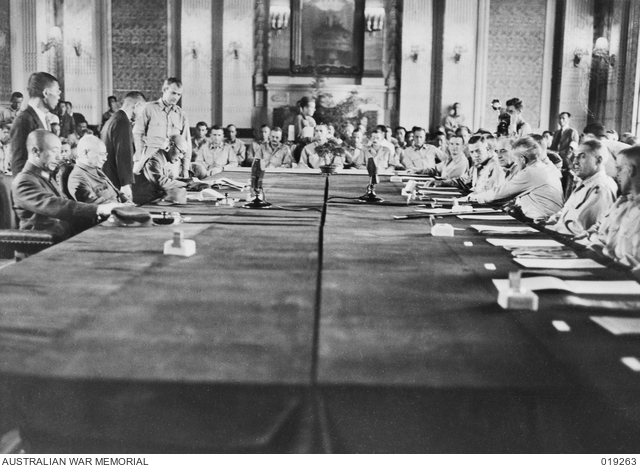 Keijo, Korea, 1945. This surrender ceremony marked the end of forty years of Japanese rule in Korea. Seated at the table are American and Japanese government and military officials. 019263 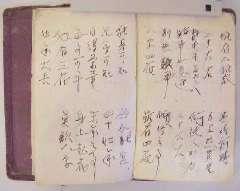 A notebook taken from the body of a Chinese soldier by members of B Company, 3 RAR, after a patrol clash in the Inchon area, January 1951. The entries are in Japanese, Korean, English and Chinese - reflecting the different hands into which it fell over the course of more than ten years of conflict. PROP01999