Out in the Cold: Australia's involvement in the Korean War - Australians in Korea

Many thousands of Australians served in Korea during the war; some continued to serve for another four years after it had ended. Australian army battalions, navy ships, air force squadrons and medical teams contributed to the Commonwealth nations' force in Korea.

“I remember the dust, the heat, the enervating humidity, the bitter cold of winter when the men slept with their boots on and weapons cradled lest they should be found frozen in an emergency; the soldiers on listening post, lying silently on the frozen ground trying desperately to remain alert, knowing they were responsible for the safety of their comrades. I remember long nights in my command post … listening to the sounds of battle in the valley, anxiously awaiting reports from units involved in life and death situations and for news of success or failure and of the inevitable cost.

“Best of all, I remember the lovely spring dawn when the harsh landscape was suddenly transformed; walking through wildflowers … to visit our men, tired but cheerful Aussies returning from patrol, taciturn Geordies from Durham, cheeky Cockneys from London Town.”

As a brigadier, Daly commanded the 28th British Commonwealth Brigade in Korea in 1952-53, which included battalions of the Royal Australian Regiment.

Australia was involved in Korea from 1950 until 1957 as part of the United Nations Command forces. Australia's allies in this operation were the United States, Belgium, Britain, Canada, Colombia, Ethiopia, France, Greece, Luxembourg, the Netherlands, New Zealand, the Philippines, South Africa, Thailand, and Turkey. India, the Scandinavian countries and Italy provided medical units.

“The Korean War was one of almost continuous contact… It was the last time that Australians fought a conventional war as part of a brigade, a division and a corps, with all that implies in terms of large-scale operations, with supporting arms also on a large scale.”
Lieutenant Colonel (later General Sir) Francis Hassett, Commanding Officer of 3RAR in Korea

The Australian Army was primarily represented in Korea by the 3rd Battalion, Royal Australian Regiment (3 RAR), which arrived in Pusan on 27 September 1950. It had been stationed in Japan, as part of the British Commonwealth Occupying Force (BCOF) since 1946; at the time of the outbreak of hostilities in Korea, it was greatly under strength. 3 RAR was soon boosted by 39 officers and 971 men, doubling its numbers.

Australian forces in Korea were made up of both Second World War veterans and fresh volunteers. Naturally, there was some initial rivalry between the two groups, but as time went by, the experience of Korea formed them into one unified service.

The Australian army was also a "multicultural" army, which added another dimension to some events. Private Joe Vezgoff remembered one incident:

“We were about a mile forward of the battalion, with the responsibility of racing back when we saw any large troop movement on our front. I, of Russian origin, and George of Chinese, caused some consternation when someone back at battalion headquarters asked who was in the forward outpost. 'A Chinese and a Russian', came the reply!”

All three contingents made important contributions to the UN forces' war effort in Korea, even though each contingent was comparatively small. 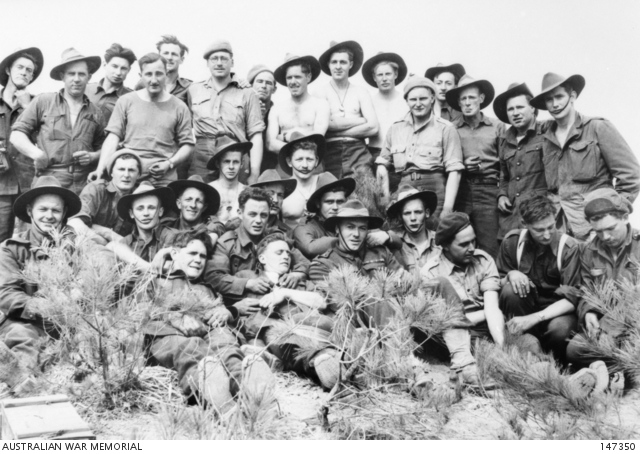 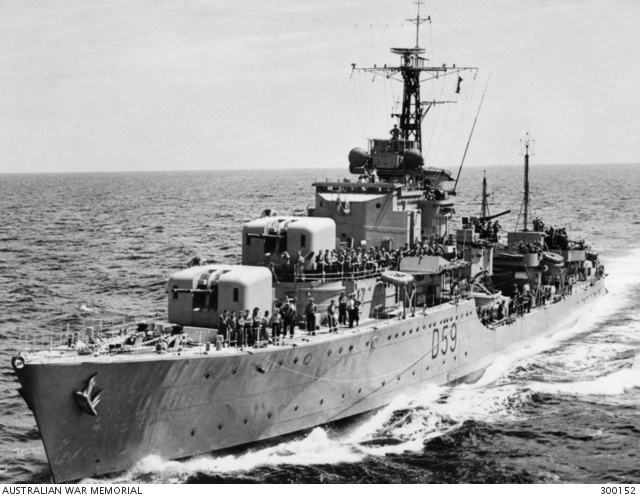 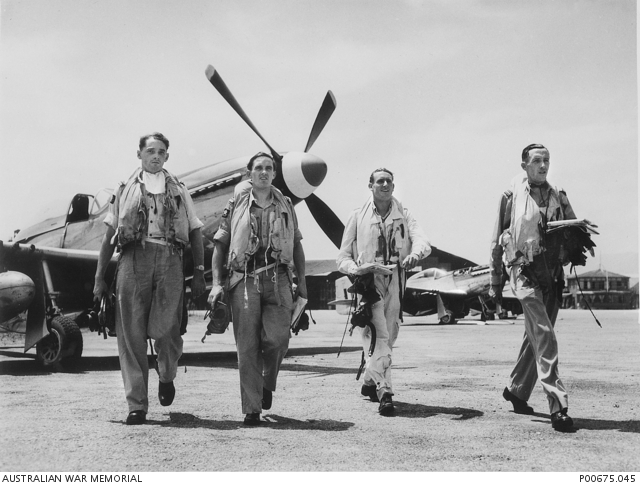 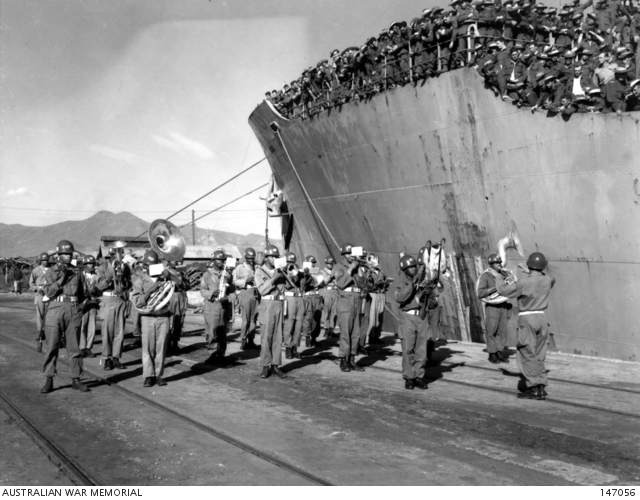 Troops of 3 RAR line the rails of the US Navy troopship Aiken Victory before disembarking. A US Army Band welcomes their arrival. 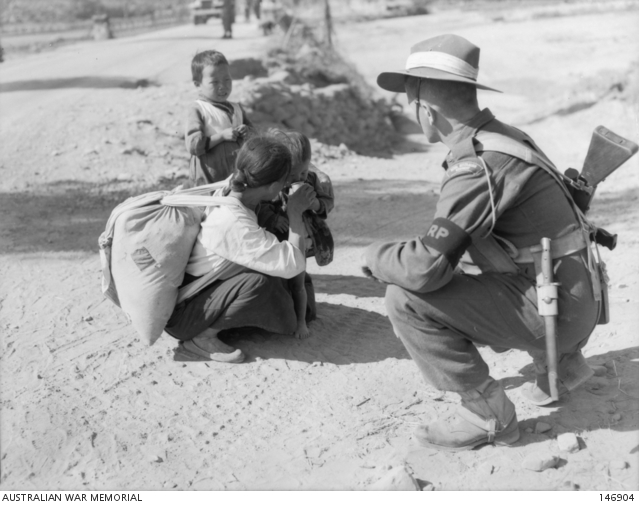 1950. A Regimental Police Officer of the 3rd Battalion, Royal Australian Regiment (3 RAR), looks on as a refugee mother gives a drink to her child. 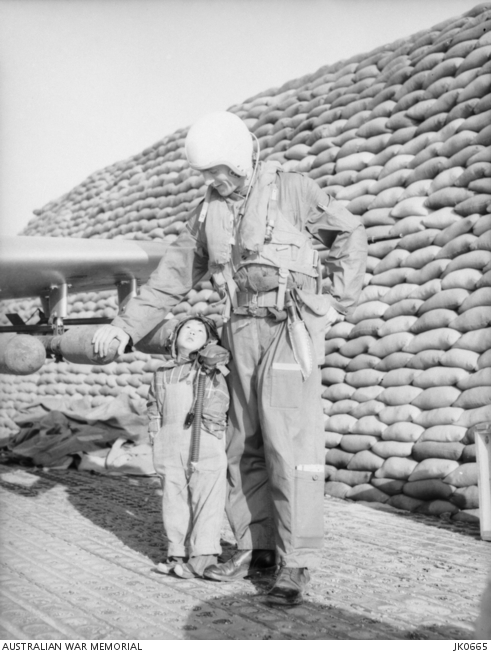 Kimpo, South Korea.
Six-year-old Kim Meon Sikieh, an inhabitant of a village near the Kimpo airstrip, talks with Flying Officer John Alford of 77 Squadron, RAAF, after being shown around a Meteor jet.