The United Nations and the outbreak of war

The United Nations and the outbreak of war

The United Nations (UN) was created in 1945 in an attempt to secure world peace. After the devastation of two world wars, the major powers sought to prevent the outbreak of conflict by a system of mutual guarantees between groups of nations. Australia was one of the founders and played a leading role on behalf of the smaller member nations. Through its UN membership, Australia aimed to raise its profile in world affairs.

In November 1947, the UN Temporary Commission on Korea (UNTCOK) was created to supervise government elections in both North and South Korea, with a view to developing a single national government. The commission soon found that the communist administration in the north would not allow it to operate there.

In August 1948, conservative political factions won the elections in the South, and the US-supported Syngmann Rhee was elected President of the Republic of Korea. A month later, the Democratic People's Republic of Korea was proclaimed in the North, under the leadership of the Soviet-backed Kim Il-Sung.

A new permanent UN Commission on Korea (UNCOK) was then established to help Korea move towards unification, as well as to observe the activities of military forces on the peninsula. Australia was a member of both commissions.

Australia's Minister for External Affairs, Dr H.V. "Doc" Evatt, urged the United States to maintain its forces in South Korea, to ensure stability in the region. However, the United States wanted to reduce its overseas commitments outside of Europe, and by the end of 1949, there were only 500 American troops left in Korea.

During 1949, the war of words between the two Koreas escalated, and infiltration and clashes along the border increased. In March 1950, UNCOK requested additional military observers to monitor the situation.

The first observers to arrive were two Australians who had both served during the Second World War: Major Stuart Peach, who had been a Prisoner of War (POW) of the Japanese, and Squadron Leader Ronald Rankin, who had served with the RAAF. Between 9 and 23 June 1950, Peach and Rankin undertook a patrol along the length of the 38th parallel.

They reported that the South Korea forces along the border were "organised entirely for defence", and that there were unusual levels of military activity in the North.

Another Australian, whose influence in the UN's role in Korea was equally important was James Plimsoll, an Australian diplomat.

In mid-1950, tensions along the Korean border increased to a breaking point. In the early hours of 25 June 1950, the North Korean army crossed the 38th parallel and invaded South Korea. When the United Nations Security Council met the next day to consider its response, Peach and Rankin's report was significant because it clearly demonstrated that North Korea was the aggressor and that North Korean claims that it was responding to an attack by South Korea were false.

The poorly equipped and inexperienced South Korean army was forced to retreat. Within a week, it had lost about half its force.

Ghostly figures, silhouetted against the sky, were darting furtively from tree to tree. For a long time we watched the shadows flitting past. They were Southern soldiers in retreat.

- Father Philip Crosbie, an Australian Catholic priest whose parish centred on Hongchon, east of Seoul, about 30 km from the 38th parallel. The North Koreans unjustly accused Crosbie of spying and took him prisioner of war (POW). 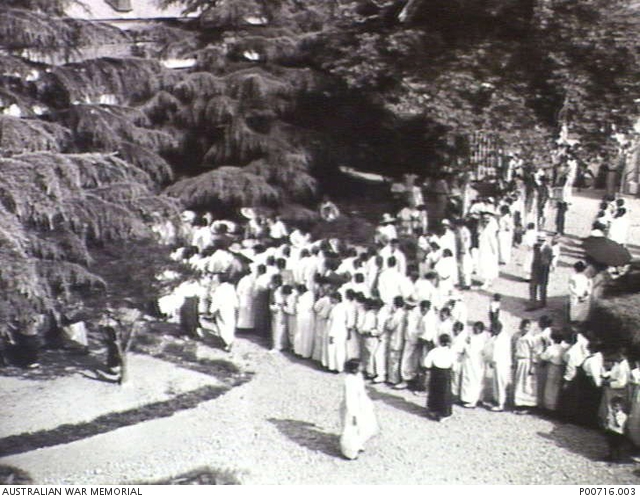 Korean elections in Chongju. Although voting was voluntary, between eighty and ninety per cent of the eligible population participated.

The North Korean flag features the red star seen on the flags of many other communist nations. This particular flag was picked up from the Sinanju battlefield by Private Arthur Attenborough of A Company, 3rd Battalion, the Royal Australian Regiment (3 RAR). He used it as a scarf in the harsh winter months that followed. RELAWM40266 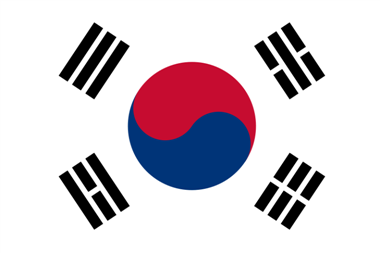 The flag of the Republic of Korea (South Korea) reflects the cultural bearings of the nation, rather than political ideology. The yin-yang circle symbolises the balance and mutual dependence of opposing forces. The four "trigrams" around it represent the elements of existence: heaven, water, earth and fire. 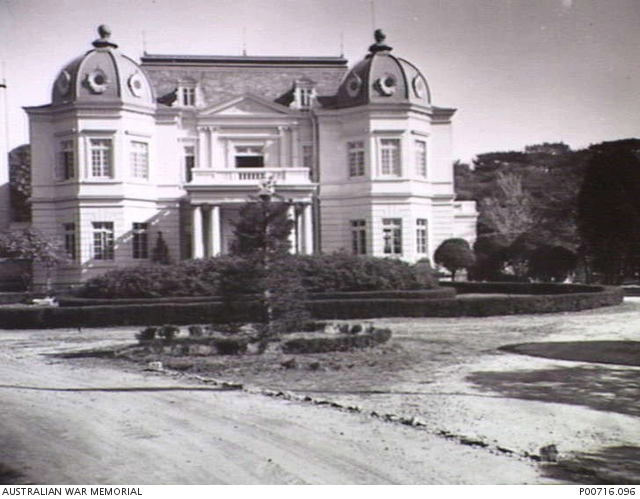 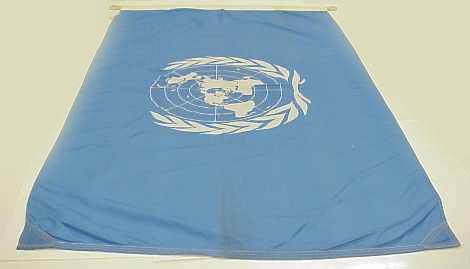 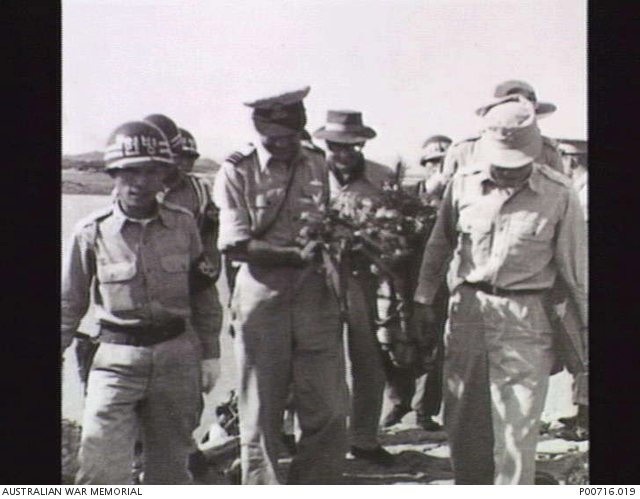 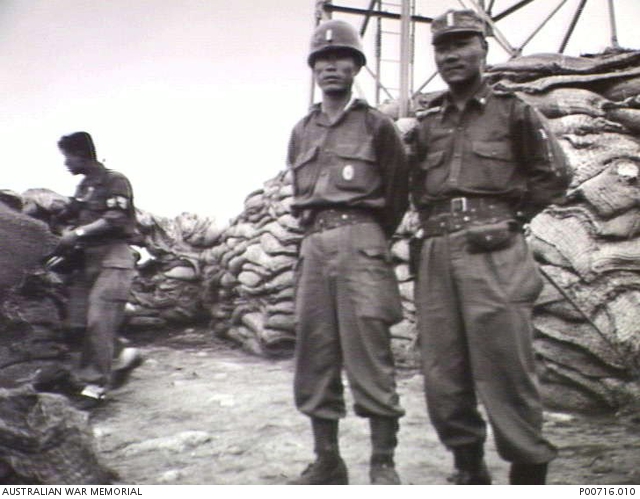 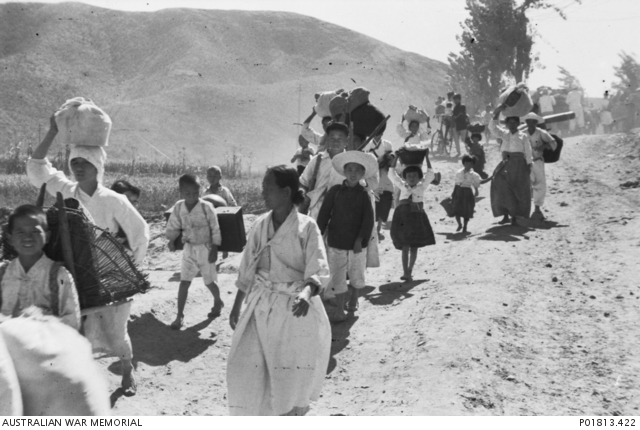 1950. A stream of Korean civilian refugees flee their homes, carrying their possessions on their backs.