I am so anxious to go to the front. I want to be in the thick of the excitement.

Australia was not yet a nation when the Boer War broke out in 1899. The various colonies each sent troops – more than 16,000 in all – to fight alongside the British forces in their struggle with the Boers in South Africa.

The New South Wales Army Nursing Service Reserve, formed in 1899, was the first Australian women's military nursing body. Lady Superintendent Nellie Gould chose its 24 members, each with over seven years' nursing experience. In January 1900, 14 of them sailed to South Africa. Nurses from the other Australian colonies soon followed, some in government employ, although many paid their own way.

Over the next three years, around 60 Australian nurses, scattered in small groups throughout South Africa, worked in British military hospitals. They had expected to tend men wounded in battle, but much of their time was taken up caring for the sick, particularly typhoid patients. Water was contaminated, disease rampant, and conditions in the hospitals unsanitary.

Unmarried, and mostly aged between 25 and 40, the nurses were well-educated women from middle-class families, "desirable persons to enter a service composed of ladies". They shared a sense of duty and loyalty to the Empire, but often had to endure British military prejudice in the field. Three were awarded the Royal Red Cross for their service.

One would not return home. Sister Fanny Hines from Victoria was the first Australian military nurse to die during overseas service. 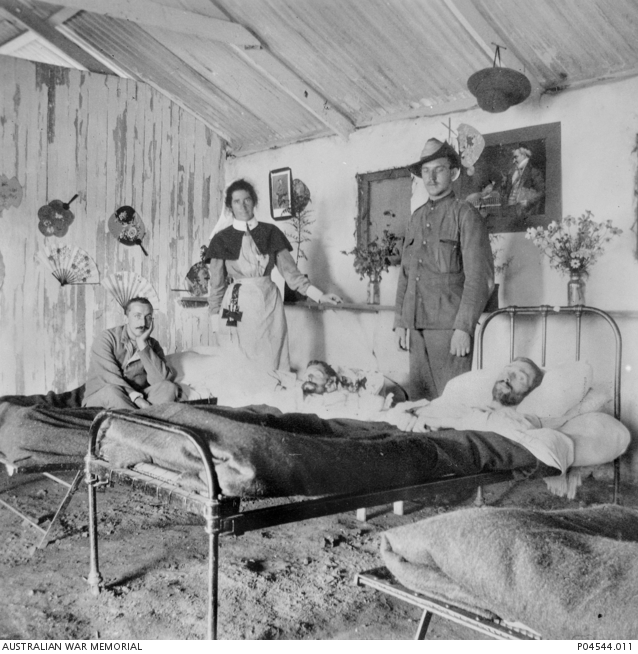 A South African hospital ward, with bare earth floor, has been decorated with fans, vases full of flowers, and framed portraits in an attempt to brighten up the primitive conditions. P04544.011 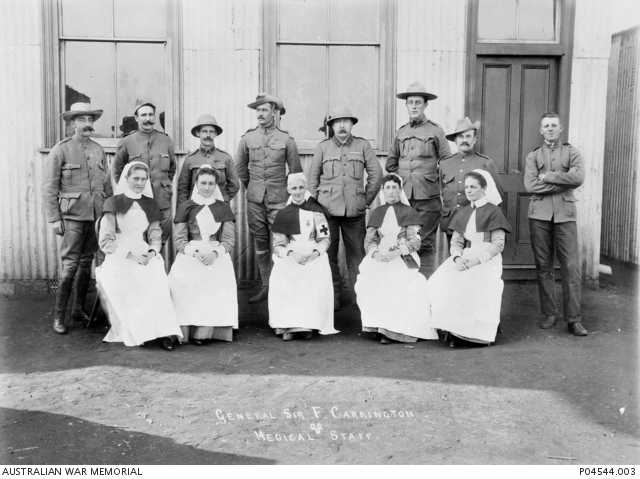 She died of an attack of pneumonia contracted in devotion to duty. She was quite alone, with as many as twenty-six patients at one time, no possibility of assistance, or relief and without sufficient nourishment.

A pioneer of the profession: Nellie Gould

No one who has experienced the satisfaction that arises from work of this nature ever goes back to the dull routine of earning her living in any other of the spheres at present open to women.

Upon arrival in South Africa, Nellie Gould was sent to a temporary stationary hospital at Sterkstroom, where "thirty-one graves marked our short stay of three months". She and her team set about transforming filthy buildings into hospitals, and raising the level of patient care. After her return to Sydney in 1902, Gould continued her commitment to the education of nurses, and to the work of the army nursing service. Not surprisingly, when war broke out in 1914, Gould, aged 54, enlisted in the Australian Imperial Force (AIF). She served as a matron, first in Egypt, and then in France and England. Gould was awarded the Royal Red Cross in 1916 for her distinguished service. 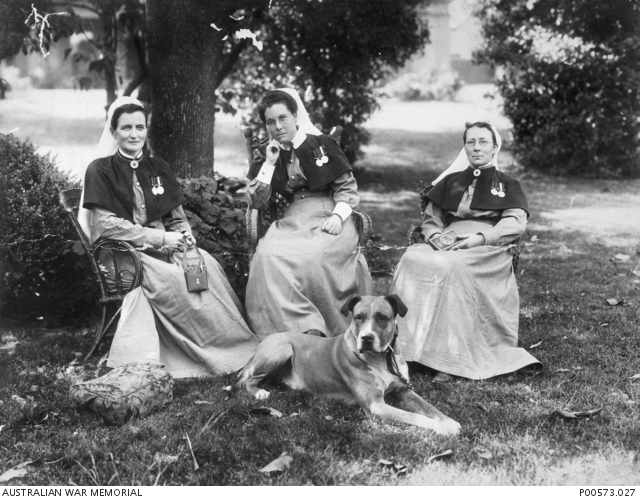 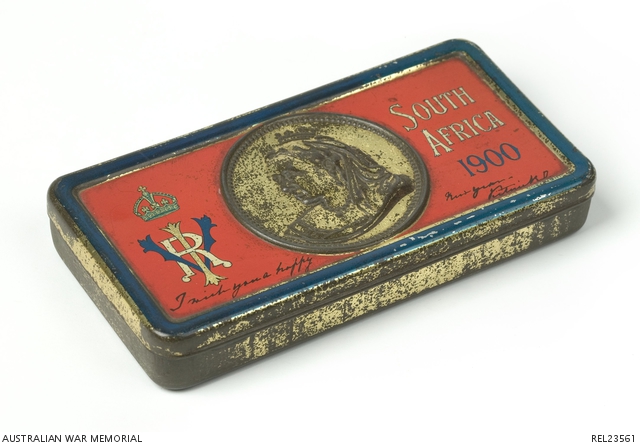 To celebrate the new year, Queen Victoria sent a gift tin of chocolates to the troops and nurses of the Empire serving in South Africa in 1900. The message printed on the top reads, "I wish you a happy New Year, Victoria R".REL23561