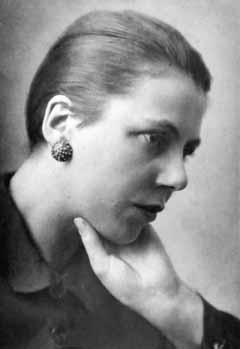 Stella Bowen : Art, Love & War was the first retrospective of the work of the expatriate Australian artist, Stella Bowen. In 1944 Bowen was appointed an official war artist by the Australian War Memorial. As a result, the Memorial holds the largest single collection of her works, presented in this exhibition for the first time in the context of a body of her work brought together from Australia, the USA and the United Kingdom. The exhibition opened in 2002 and subsequently toured around Australia.

Stella Bowen is best known in Australia for the works of art she completed while an official war artist. During the Second World War, Bowen worked in Britain depicting the activities of Bomber Command and the return of Prisoners of War from Germany. Bomber crew, her most celebrated work, is a moving portrait of a group of young men reported lost on operations before the painting was completed.

Bowen left Australia in 1914, aged 20, never to return. The many paintings and drawings of her early years overseas reveal a woman trying to balance art with the demands of motherhood and her relationship with the writer Ford Madox Ford. While her work reflects a close association with the literary and artistic leaders of the 1920s and 30s, this exhibition uncovers a more deeply personal journey. It culminates in the mature work of the war years, where both "large and small worlds" come together.

The works in this exhibition were drawn from the Australian War Memorial and from collections in Britain, the United States of America and Australia; most have never before been seen by the public.

Feature article from the catalogue by Lola Wilkins, exhibition curator.