Stella Bowen: RAAF in Britain during the Second World War 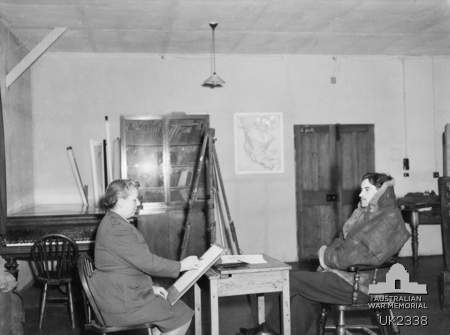 RAAF in Britain during the Second World War

Stella's main task as official war artist was to record the activities of Royal Australian Air Force (RAAF) servicemen in Britain. After the Pacific War began, this was one of the few defence forces that continued to fight in Europe for the duration.

Approximately 38,000 young Australians joined their British and Commonwealth colleagues in the three Royal Air Force (RAF) commands: Bomber Command, Coastal Command, and Fighter Command. Each organisation had a critical part in first defending Britain against invasion and then attacking and defeating Germany.

Select your own Second World War aircraft from books or the Australian War Memorial photograph database. Draw or paint your aircraft. Find out about camouflage and colour the plane with the colours for service in Europe.

Read more about the people, planes and battles in the Allied air war against Germany: