On 2 August 1990 Iraq invaded its rival oil-exporting neighbour Kuwait. The invasion was widely condemned, and four days later the United Nations (UN) Security Council unanimously approved a trade embargo against Iraq. A blockade of Iraq’s access to the sea followed within weeks, as the United States assembled a large multinational task force in the Persian Gulf, while another was formed in Saudi Arabia.

By the end of 1990 the coalition force numbered some 40,000 troops from 30 countries, although the United States remained the dominant partner in the coalition. In November 1990 the UN Security Council set 15 January 1991 as the deadline for an Iraqi withdrawal from Kuwait. Iraq failed to comply, and on 17 January full-scale war erupted when coalition forces began an air bombardment of Iraqi targets. Within four days, coalition forces destroyed the Iraqi invading forces and drove the remnants out of Kuwait, although the Iraqis retained significant military strength intact in Iraq. The air bombardment continued without respite until the war ended 43 days later.

On 24 February 1991, after more than a month of air attacks, the coalition’s ground forces moved against Iraqi positions in Kuwait and in Iraq itself. The magnitude and decisiveness of these strikes destroyed what was left of Iraq’s capacity to resist. After two days of air strikes, Baghdad radio announced that Iraq’s armed forces had been ordered to withdraw from Kuwait to the positions they had occupied before August 1990. Two days after this order, the coalition ceased hostilities and declared victory. Coalition losses amounted to 166 killed, many by “friendly fire”. At least 100,000 Iraqis had been killed. 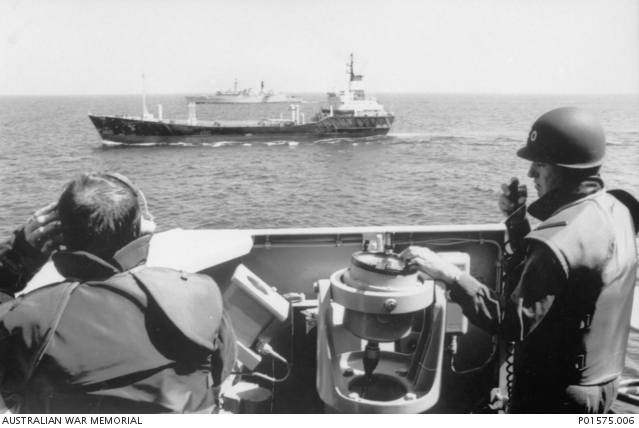 Gulf of Oman: an Iraqi motor vessel is intercepted by HMAS Darwin.

Australia was one of the first nations to join the coalition force. Australian forces were deployed under the auspices of the UN. Three Australian warships conducted blockade operations in the Persian Gulf. Australia also provided a supply vessel, four medical teams and a mine clearance diving team that joined a protective screen, under US operational control, around aircraft-carrier battle groups in the Gulf.

The Royal Australian Navy (RAN) provided vessels for the multinational naval force, which formed an interception force in the Persian Gulf to enforce the UN sanctions. The RAN presence included two frigates and the replenishment ship HMAS Success, which, having no air defences of its own, relied on the army’s 16th Air Defence Regiment. In January 1991 the replenishment tanker HMAS Westralia left Fremantle, Western Australia, to relieve Success. Four warships, HMAS Sydney (IV), HMAS Adelaide, HMAS Brisbane, and HMAS Darwin, also served tours of duty in the Persian Gulf. During the operational phase of their deployment, they formed part of the anti-aircraft screen for the carrier battle groups of the US Navy. An RAN clearance diving team was also despatched for explosive ordnance and demolition tasks.

In addition to naval units, Australian personnel took part on attachment to various British and American ground formations. A small group of RAAF photo-interpreters was based in Saudi Arabia, together with a detachment from the Defence Intelligence Organisation. Four medical teams were also despatched at the request of the United States. Although the ships and their crews were in danger from mines and possible air attack, Australia’s war was relatively uneventful and there were no casualties.

At the conclusion of hostilities, 75 Australian personnel were sent to northern Iraq to assist in the provision of humanitarian aid to Kurds living in the UN-declared exclusion zone, while ships of the RAN remained on station, at the  request of the United States, to enforce UN sanctions. Several Australian naval officers commanded the multinational interception force. Australia later provided weapons inspectors in Iraq to monitor the discovery and disposal of prohibited nuclear, chemical and biological “weapons of mass destruction”. 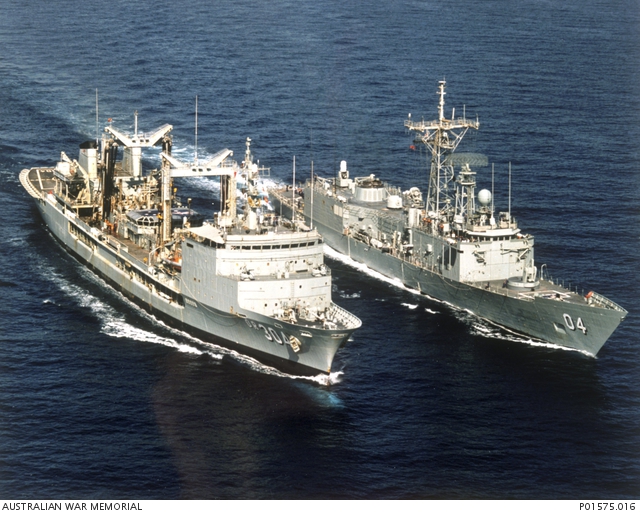 On 20 March 2003, a combined force of American, British and Australian troops under US leadership invaded Iraq in what was termed "the Second Gulf War". Their object was to locate and destroy suspected weapons of mass destruction.

Small but highly effective Australian army, air force, and navy elements assisted the operation. Within three weeks coalition forces had seized Baghdad and the corrupt and brutal dictatorship of Saddam Hussein was overthrown. However, no weapons of mass destruction were found.

The coalition’s victory was followed by a difficult "nation building" and counter-insurgency campaign to prevent Iraq sliding into civil war. In July 2003 an Australian army training team began to train Iraqi soldiers in Iraq and in April 2005 the army deployed a task group to southern Iraq to protect a Japanese engineer construction unit. 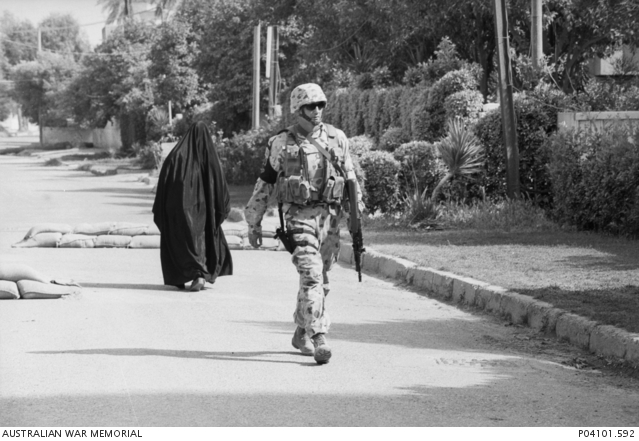 By May 2011 all non-US coalition forces had withdrawn from Iraq and the US military withdraw all forces on 18 December 2011, thus ending the Iraq War.

Two Australian service personnel died in the conflict in Iraq between 16 July 2003 and 31 July 2009.

Jim Molan, Running the war in Iraq: an Australian general, 300,000 troops, the bloodiest conflict of our time, Sydney, HarperCollins, 2008