Debunking the story of Giles and Bean

The muddy and torn uniform of Private George James Giles is one of the most recognisable and treasured objects at the Australian War Memorial and has been on almost continuous display since the 1920s. It has long been believed that this famous uniform was acquired by Charles Bean, but recent research into the event has cast doubt over this. The story has always been that Giles was returning from the front at Morlancourt on 29 July 1918 and was approached by Bean, who offered him a fresh uniform in exchange for the one he was wearing. Bean’s diaries, however, show that he was not there at all. 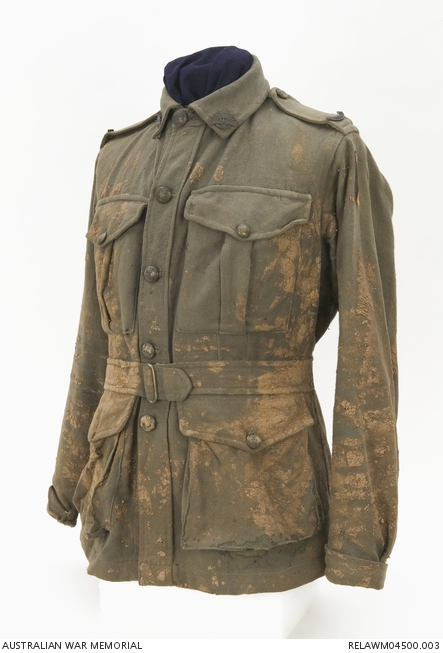 Bean was certainly one of the driving forces behind the scheme to acquire uniforms from the front. He met with Captain John Treloar, officer in charge of the Australian War Records Section (AWRS), in early 1918. It is not known what was discussed in the meeting; but soon after, Treloar asked his subordinate in France to start collecting ‘20 complete sets of uniform and equipment taken from men immediately after a raid’.

Giles’s uniform was one of the first to be collected, but it was not collected by Bean, nor was it collected by the AWRS. It was actually collected by 8th Brigade Headquarters. After a successful attack near Morlancourt, two privates were summoned to the headquarters. Giles was selected from the 29th Battalion, and Private John Wallace Anderton from the 32nd. Both men had to walk approximately four miles through muddy communication trenches to get to their destination. In an interview years later, Giles said that when he arrived he was in a foul mood and was ‘expressing himself in true Australian style’. Brigadier Edwin Tivey calmed him down by telling him he was going to make them famous. 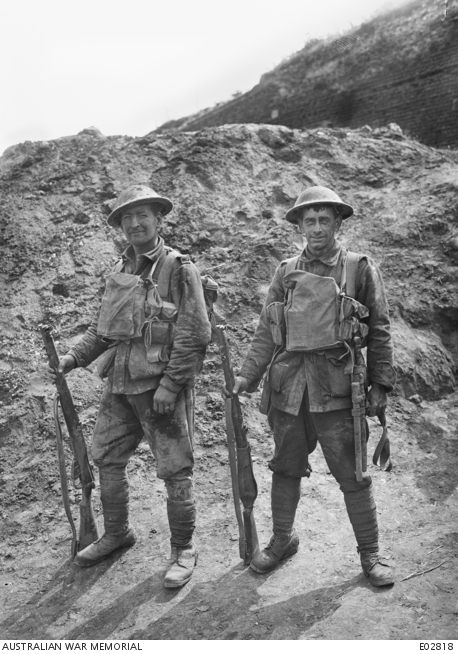 Before either man knew what was going to happen, they were taken to be photographed, with a front and rear photo taken. The men were then taken to the Deputy Assistant Director Ordnance Service, who took everything they were wearing and provided them with fresh uniforms. The uniforms were handed over to the AWRS to join their growing collection. Bean was not at the event, but according to his diaries, he was told about it by the adjutant of the 29th Battalion, who said to him, ‘We won’t tell them beforehand or we shall have them rolling themselves in the mud or something.’

Perhaps inspired by what the 8th Brigade had done, Bean did attempt to collect a uniform soon after. He was visiting the 10th Battalion, which had recently launched a highly successful attack on the Germans at Merris. While there, a runner was selected and photographed by Bean, who then collected his uniform and equipment. But, Bean’s attempt was not as successful as the 8th Brigade’s. His photos were double-exposed and he did not record the name of the runner. He did collect the uniform, though, depositing it with the AWRS when he next visited London. Only the helmet remains in the National Collection. 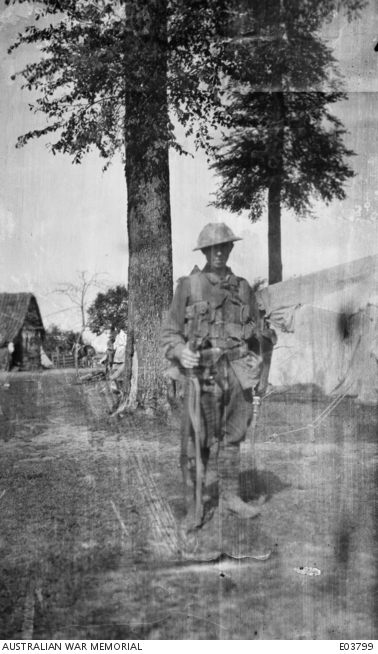 Anderton’s uniform was not to experience the same level of fame as Giles’s. It reached Australia after the war, then seems to have disappeared. Neither man experienced fame during his lifetime, despite what their brigade commander had predicted. Although Giles’s uniform had been on display for almost 60 years, it was not until the 1980s that he was finally named as its owner in the Memorial’s galleries. 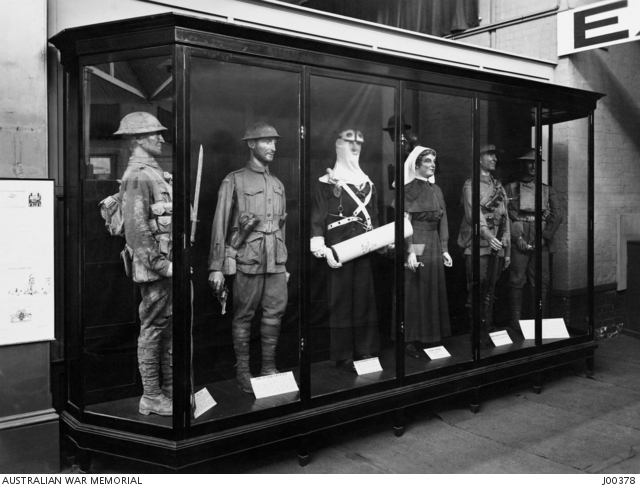 The original display of Giles’s uniform in Melbourne in 1923 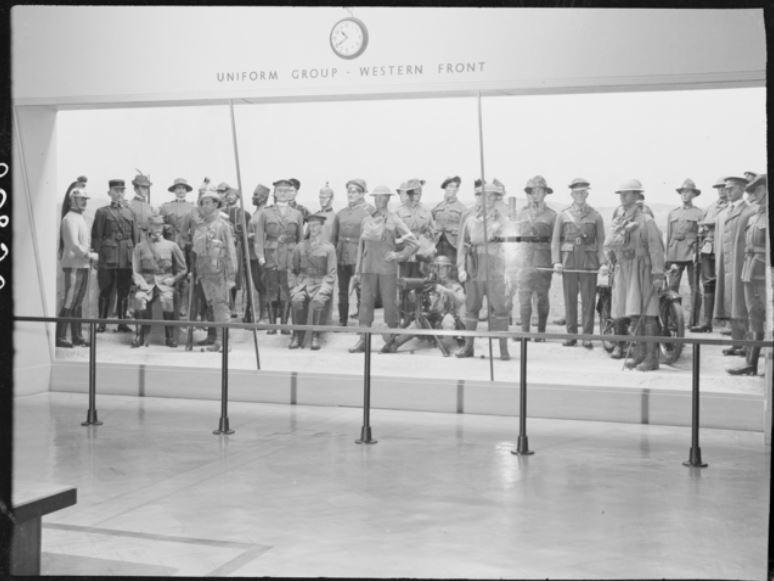