The 23rd January 2022 will mark the 80th anniversary of the fall of Rabaul.

Located on the island of New Britain, Rabaul was the capital and administrative centre of the Australian Mandated Territory of New Guinea. Distinctive for its ring of active volcanos, Rabaul’s attraction lay in its airfields and natural harbour. For Japan, these were seen as keys to the advance into the south-west Pacific. 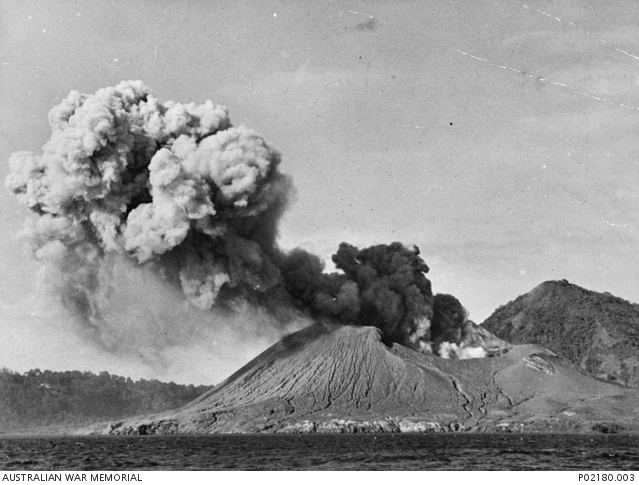 Aerial photograph of smoke billowing from the active Matupi volcano following its eruption. During the Japanese occupation of Rabaul this volcano and other volcanoes surrounding Rabaul were bombed by allied air forces to induce them to erupt. Rabaul, New Britain. 1941-06.

The value of these assets had been recognised well before the outbreak of war with Japan in December 1941. In March and April of that year, members of the 2/22nd Battalion, AIF, had begun arriving in Rabaul. They would be later joined by a detachment of the New Guinea Volunteer Rifles, gun crews and batteries, and a detachment of the 2/10th Field Ambulance. Their job was to protect the airfields surrounding Rabaul. Known as “Lark Force”, this small force was ill-equipped to match the strength of the Japanese invasion force.

Following days of aerial bombardment which had destroyed or led to the withdrawal of the handful of RAAF aircraft in New Britain, Japanese troops began landing in the early hours of 23 January 1942. The Australian force numbering approximately 1,300 faced an invasion force numbering over 5,300, which combined strong air and naval support. The Australian defenders put up what resistance they could but with no air support they were forced to withdraw. Some 28 Australian soldiers died in the fighting that day. Of the survivors, 400 managed to escape New Britain and return to Australia. Those who remained, including 300 Australian civilians, were eventually rounded up and interned as prisoners of war. 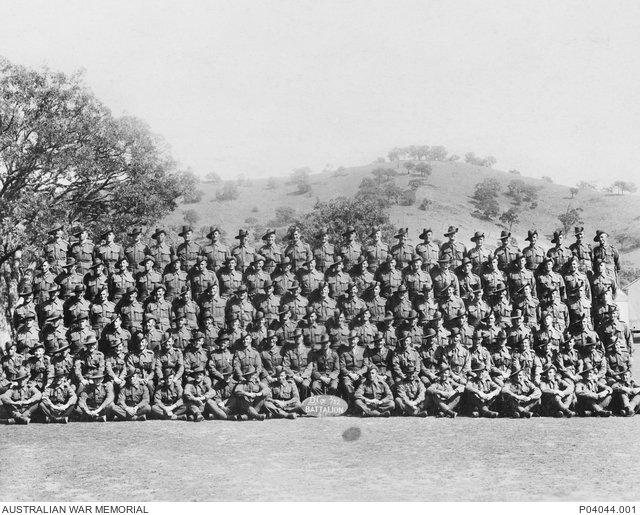 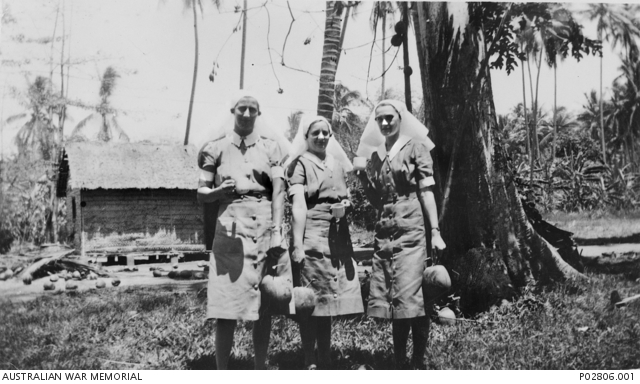 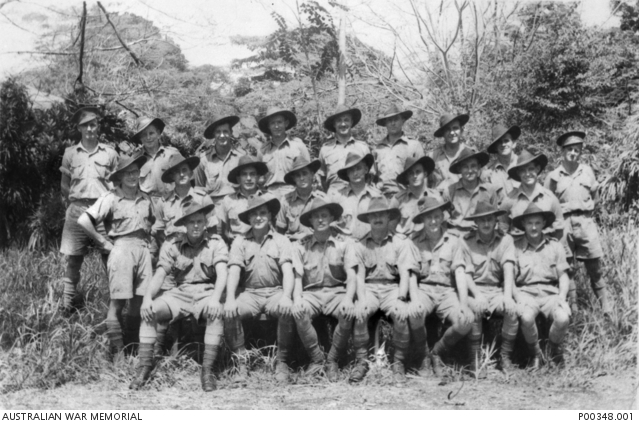 Group portrait of members of the 2/10 Field Ambulance detachment at Rabaul, New Guinea prior to the Japanese invasion.

A grisly fate awaited those captured on New Britain after the fall of Rabaul. Shortly after their surrender, a group of 160 were massacred at the Tol Plantation. In June 1942, 1,053 prisoners of war and civilian internees were embarked at Rabaul aboard the Montevideo Maru. Tragically, this ship was sunk off the coast of the Philippines on 1 July 1942 by the American submarine USS Sturgeon. All 1,053 Australians on board were lost in what remains to this day the nation’s greatest maritime tragedy. A group of 60 officers, 6 army nurses and 13 civilians aboard another ship were more fortunate. They arrived in Japan where they would spend the rest of the war. 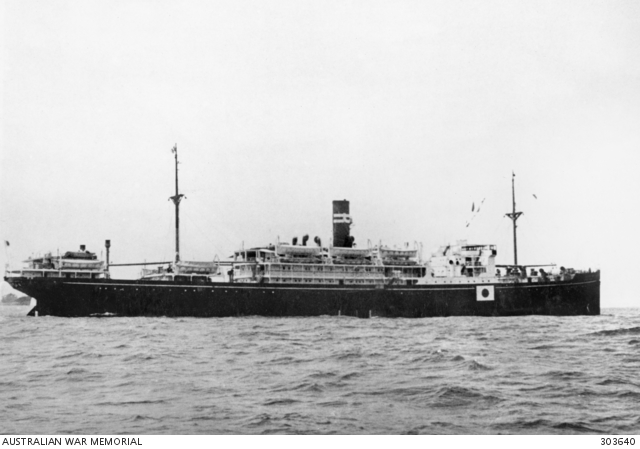 The fall of Rabaul marked the beginning of a dramatic and traumatic period in Australian history. The island of Ambon fell on 3 February, Singapore fell on the 15; and Timor fell just five days later. This was followed by the surrender of the Australian forces on Java on 12 March. In just seven weeks 22,000 Australians (including 71 nurses from the Australian Army Nursing Service) had the misfortune to become prisoners of war. The entire 8th Division had been lost. In addition, 1,500 Australian civilians – men, women and children – had been captured or interned across the region. It was a time of great anxiety and suffering, not only for the prisoners, but also for loved ones at home, who would have little if any knowledge of the fate – or even the whereabouts – of the missing troops until after the war.

The centrality of the prisoner-of-war experience to Australia’s Second World War can be measured by the profound loss of life. Only two out of three survived the ordeal of three-and-a-half years of captivity. These losses made up half of all the combat-related deaths suffered by Australian servicemen and servicewomen during the Pacific War. And the suffering of the survivors continued long after their return home.