March on the Pei Tang Forts

On the afternoon of 19 September 1900, a messenger arrived at camp in Tianjin with orders for the New South Wales and Victorian contingents to immediately march on the Pei Tang Forts. Lieutenant Harold Ernest Lofts, commanding a small detachment of 25 New South Wales Marine Light Infantry, outlined the intended plan:

Capt. Gillespie told us that we were detailed to take a fort with the bayonet. It seems that an attack by the allies had been repulsed by the Chinese. The fort was situated to guard the right flank and rear of the Taku line at the entrance of the Pei-Ho River. All the allies (including the Australians) were to make a simultaneous attack from all sides. No nation wanted any other to have the honour or advantage of being the captor of the fort, so it was agreed that everyone would wait till all were ready and not give the Chinese the pleasure of inflicting another repulse on a whole nation. 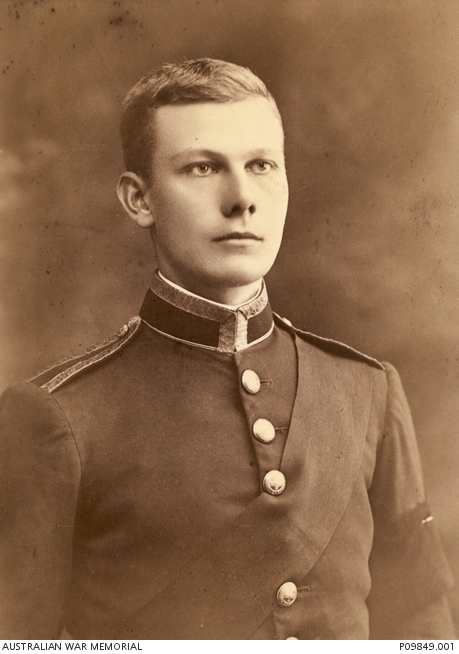 Studio portrait of Lieutenant Harold Ernest Lofts taken after his return to Australia from the campaign in China, August 1901 (Photographer: Herbst)

Foraging parties were recalled and the remaining members of the contingent hastily prepared with the exception of those deemed unfit for a hard march. The men were instructed to “travel light and don’t bring rations”. At 5.30 pm, 330 men left camp as part of a British force numbering 1,500.  The plan was to travel by train to a position several kilometers from the forts, but the Germans refused to accommodate the colonial contingent by rail so they proceeded by barge.

The men travelled their first 11 kilometres by river when the barge hit a mud bank after midnight, halting the advance. At 6 am they commenced a forced march to the Pei Tang Forts 27 kilometres away. In an attempt to make up lost time and avoid missing the attack they set out at a fast pace. Being poorly provisioned and suffering from the hot conditions, around 90 men dropped out of the column and were left where they fell.

Eleven kilometres from their destination the men were informed that the Pei Tang Forts had been captured. Contrary to agreement, the Russians had opened the attack before daybreak and were later joined by Germans and Austrians in taking the forts. Despite this news the colonial contingent was ordered to proceed and reached the Pei Tang Forts at 6 pm to a scene of smouldering villages and casualties. They set off on the return 37-kilometre march the next morning. Tired, hungry and suffering from sweltering heat and sore feet, Lofts offers some insight on the condition of the men on their arrival back in Tianjin:

It was said that the skipper [Captain Alexander] showed great fortitude in marching on at the head with his feet bleeding & got so tired that he eventually sat down on a convenient heap which turned out to be Chinese corpses, he was plainly not able to visit the men to see how they were faring.

The attack on the Pei Tang Forts was the closest that the New South Wales and Victorian contingents came to seeing combat during the campaign in China.

Refer to the list below for further information on collections referenced in these articles and recently digitised collections relating to the Boxer Uprising.