The Nazi–Soviet war of 1941–45, also known as the Eastern Front of the Second World War, was the largest and most costly conflict in human history. Between June 1941 and May 1945, Adolf Hitler’s Germany and Josef Stalin’s Soviet Union fought a war unparalleled in scale and brutality. Some 27 million Soviet citizens – roughly two-thirds of whom were civilians – lost their lives as a result. The Soviet Union was crucial to the Allied war effort: three quarters of all German military and materiel losses in the Second World War occurred on the Eastern Front. In 1944, British Prime Minister Winston Churchill told Parliament that “the guts of the German army have been largely torn out by Russian valour and generalship”.

The war on the Eastern Front was fought between millions of soldiers in thousands of cities, towns and villages across hundreds of kilometres of territory. Early German successes were stopped by desperate battles, such as those that took place at Moscow (1941) and Stalingrad (1942–43). As the war progressed, the Red Army turned the tide on Nazi Germany and its allies, eventually pushing Hitler’s forces back to Berlin.

On 22 June 1941, Adolf Hitler launched Operation Barbarossa. More than three million German troops, accompanied by 600,000 allies, marched east into the Soviet Union. Despite warnings of the coming invasion, Soviet units were not put to combat readiness until only hours before the attack and suffered appalling losses as a result. In less than six months, Hitler’s forces destroyed 124 Red Army divisions, took 3.8 million prisoners of war, and captured an area the size of Britain, France, Germany and Italy combined. 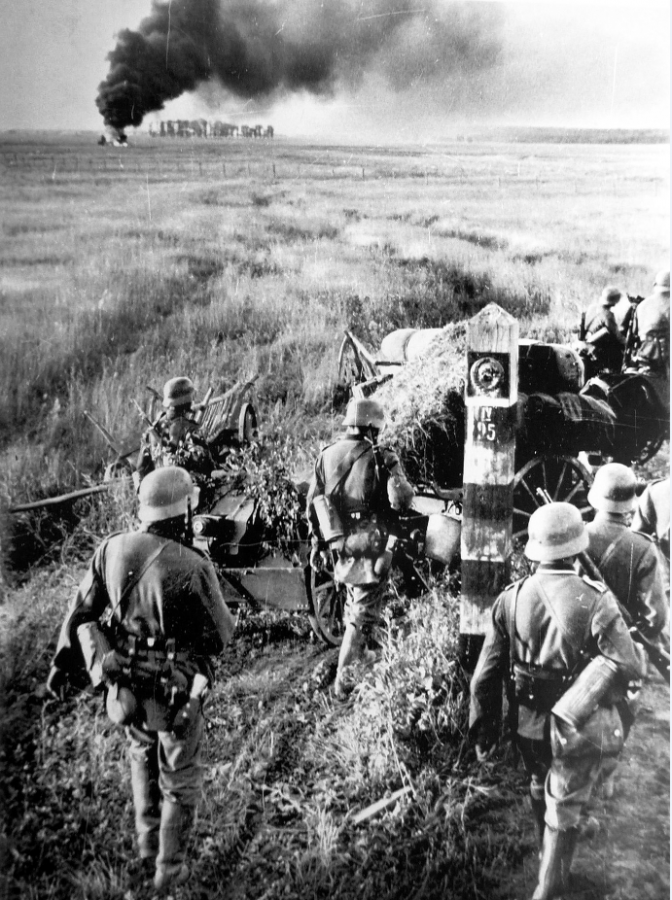 The Battle for Moscow

The Battle for Moscow (September 1941 to April 1942) involved approximately seven million Soviet and German troops, 2.5 million of whom were killed. The Germans initially achieved spectacular successes, but a Soviet counterattack in early December pushed them back and stabilised the front. After the war, retired German generals blamed their failure on the hardships caused by mud and snow. For many Soviet and later Russian citizens, however, victory was won by the desperate defence of millions of Red Army soldiers. 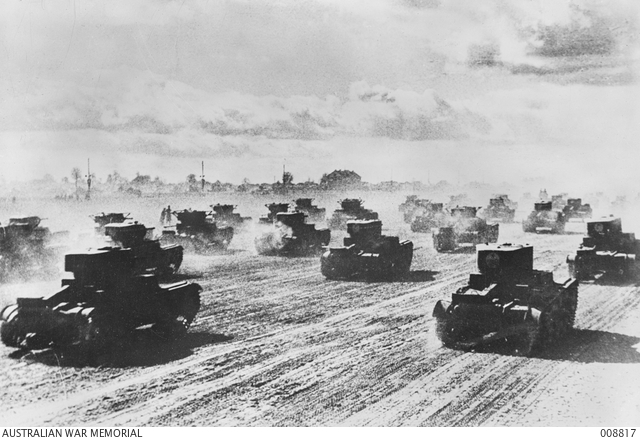 The Siege of Leningrad

From September 1941 to January 1944, Leningrad, the Soviet Union’s second largest city, was subjected to a brutal siege. Millions of civilians were trapped, suffering from hunger, disease, and near constant German and Finnish shelling. Approximately two million Soviet soldiers and civilians died during the siege and in fighting to relieve the city. Nearly 4,000 starved to death on Christmas Day 1941 alone. 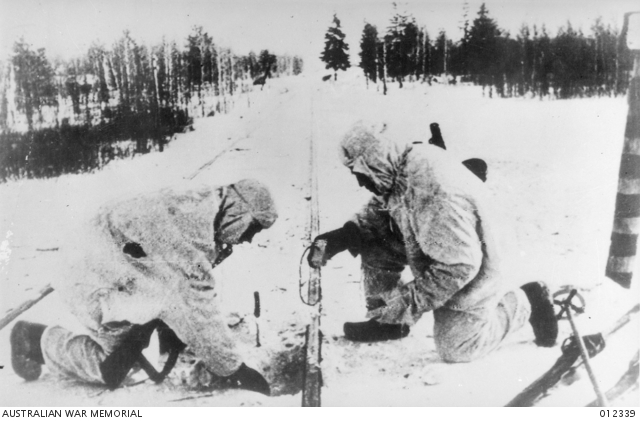 Soviet parachute troops lay explosive to sabotage rail lines behind German lines in May 1942, then wait nearby to at the lines explode. 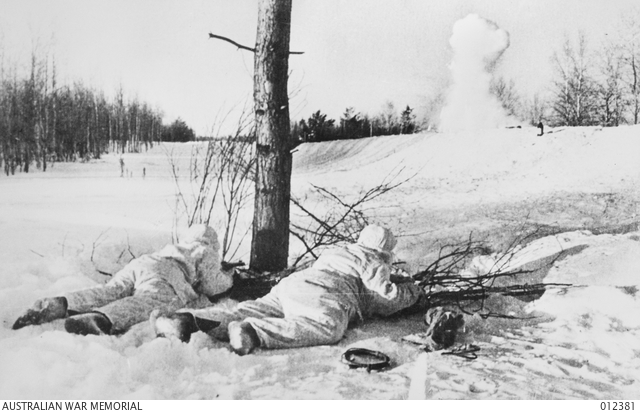 Soviet parachute troops lay explosive to sabotage rail lines behind German lines in May 1942, then wait nearby to at the lines explode.

The Battle of Stalingrad

Stalingrad marked the high watermark of Nazi expansion into Soviet territory. The city was the site of bitter winter urban warfare between millions of troops at close quarters. At one stage, the city’s central railway station changed hands 16 times in four days. A Soviet counterattack beginning in November 1942 resulted in the encirclement of hundreds of thousands of German and Romanian troops, ending with the surrender of German Field Marshal Friedrich Paulus’ 6th Army in February 1943. 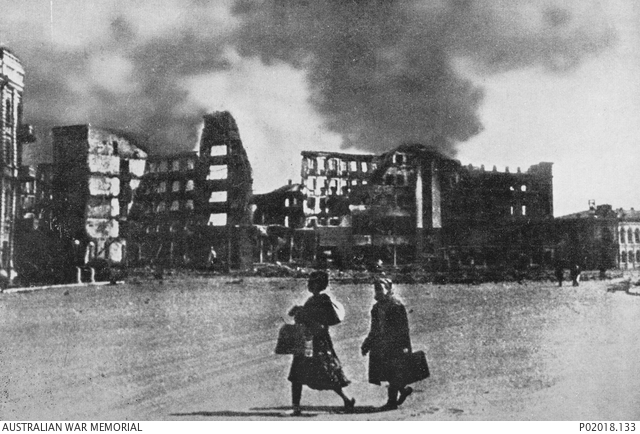 Soviet women walk through the ruins of Stalingrad, October 1942. 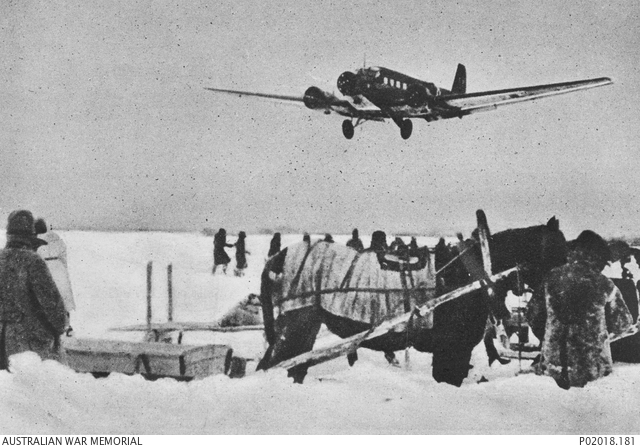 German aircraft drop supplies for the surrounded 6th Army near Stalingrad, 1943. More than 90,000 troops surrendered; few made it home to Germany. 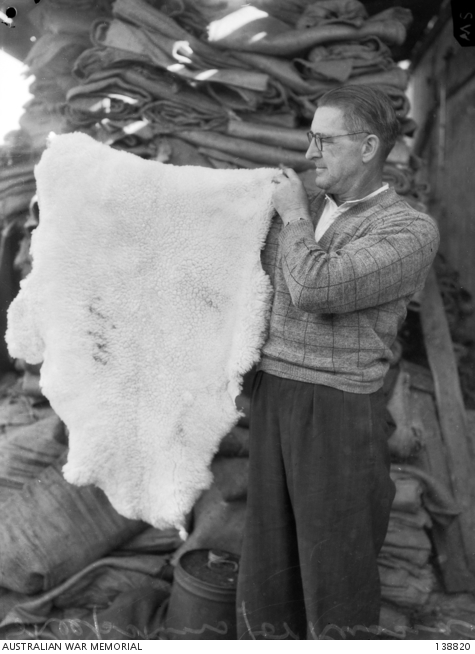 Mr J.A. Cochran exhibits one of 16,000 sheepskins donated by Australian citizens to the Soviet War effort, May 1943.

The Battle of Kursk

The last large-scale German offensive on the Eastern Front, the Battle of Kursk was a resounding success for the Soviet Union. In July 1943, German planners sought to capture a 185 kilometre-long bulge in the Soviet lines known as the Kursk Salient, but met fierce and well-prepared Soviet defences. It was the largest tank battle of all time, involving some 6,000 tanks. 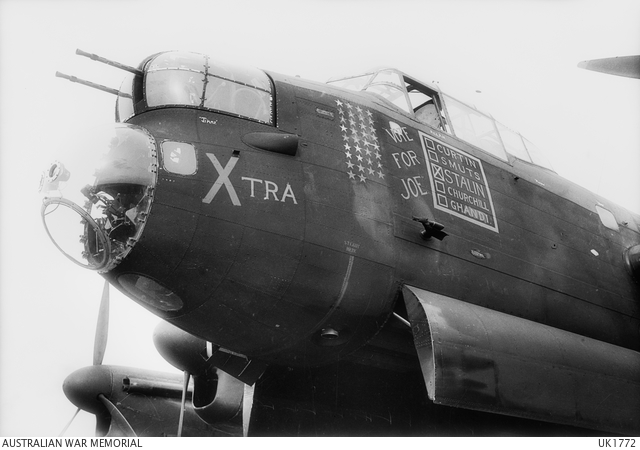 Lancaster X for Xtra of No. 467 Squadron RAAF calls on people to “Vote for Joe”, the leader of the Soviet Union. The nose art demonstrates the close alliance of the Soviet Union and the Western Allies in shared victory over Nazi Germany, an alliance that would fall apart as the war came to an end.

In 1944, the Red Army expelled Hitler’s forces from Soviet territory and began to advance through Eastern Europe to Germany, destroying dozens of Axis divisions and inflicting hundreds of thousands of casualties. These advances dramatically affected Germany’s ability to defend against the advance of the Western Allies after the D-Day landings of June 1944. The Western Allied bombing campaign over Germany similarly affected Germany’s ability to fight the Red Army. 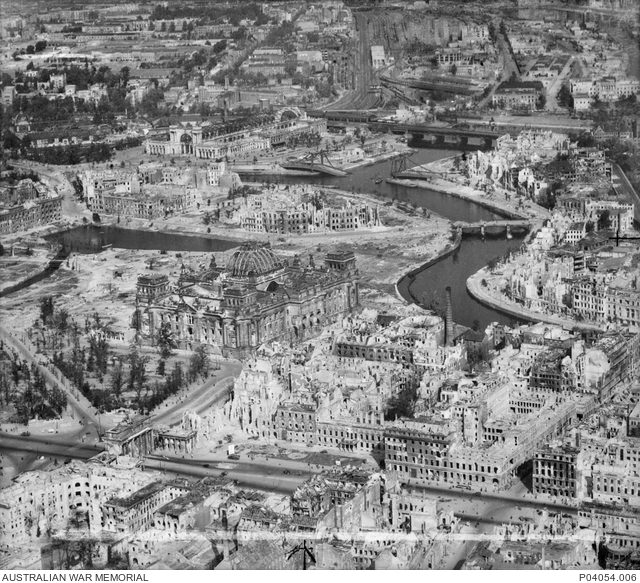 Berlin in ruins, 1945. The Brandenburg Gate and Reichstag can be seen in the foreground.

The Fall of Berlin

In 1945 Allied forces pushed into Germany territory from the west, south and east. On 25 April, American and Soviet troops met at the Elbe River south of Berlin. Soviet and Polish troops captured the Nazi capital after weeks of brutal fighting in April and May 1941 but suffered appalling losses in the process. After four long years of fighting, the war in Europe was won. 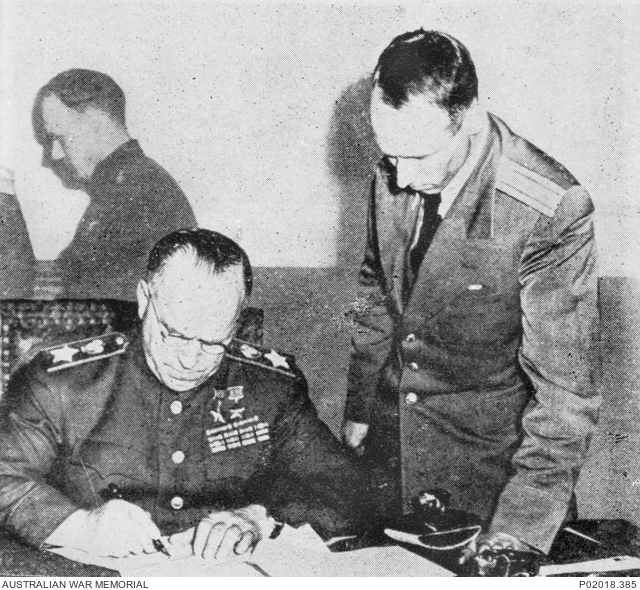