I could see no chance of getting back home as I often heard the noise of the guns coming nearer and nearer after us. We passed Manari and on and on, getting up at 4AM every day and started the journey fearing of aeroplanes. At Efogi they were short of soldiers and got us to help them carry the guns. I thought of a way to hide from the Japanese and meet the Australians, but I had no chance… things went on like this until we reached Kokoda.

When the Second World War came to Papua New Guinea, the violence and upheaval was almost incomprehensible to local people. Many were killed, forced to flee their villages or taken into forced labour. It is estimated that more than 50,000 Papua New Guineans and Solomon Islanders assisted the Allied war effort in the Pacific. These men and women were central to the successes of Australian forces in the Papuan campaign.

Over the course of the war, more than 3500 Papua New Guinean men served in the Papuan and New Guinea Infantry Battalions of the Australian Army (PIB and NGIB). In 1944, these battalions were amalgamated into the Pacific Islands Regiment. Men joined these battalions for different reasons, and with varying degrees of willingness. Some were among the first recruits of 1940, who were largely drawn from the Royal Papuan Constabulary. Others had been pressganged into service with the Japanese forces on Kokoda, and later escaped to join up with Australian troops. Australian forces also undertook recruiting missions in local villages. Officially, orders were not to recruit more than a quarter of the adult male population, but in some areas recruitment was 100% of able bodied men.

Many Australian official war artists who were stationed in Papua New Guinea captured portraits of Papuan and New Guinean Soldiers. Here these portraits, and the stories of their sitters, reveal a small snapshot of Papua New Guinean experiences of the war. 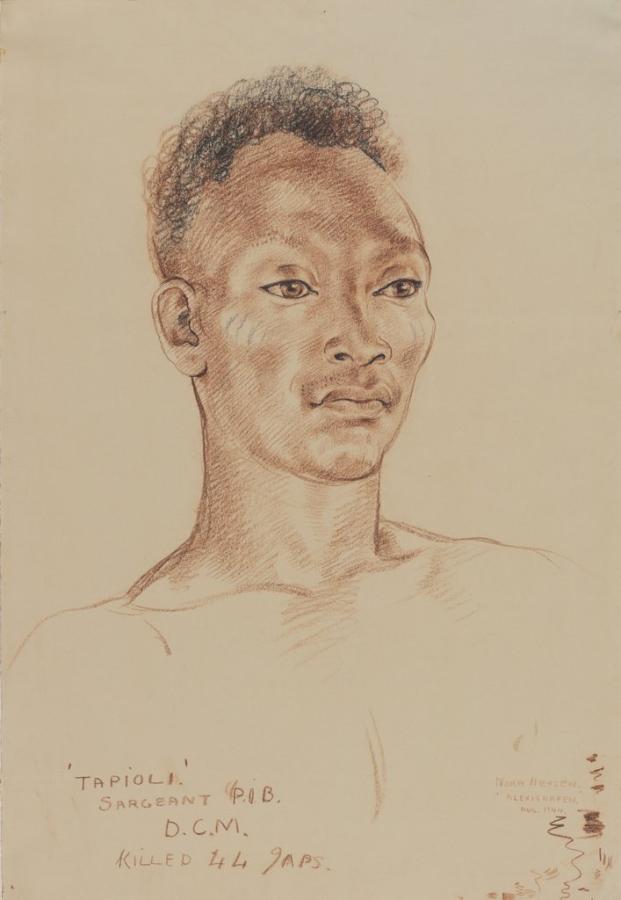 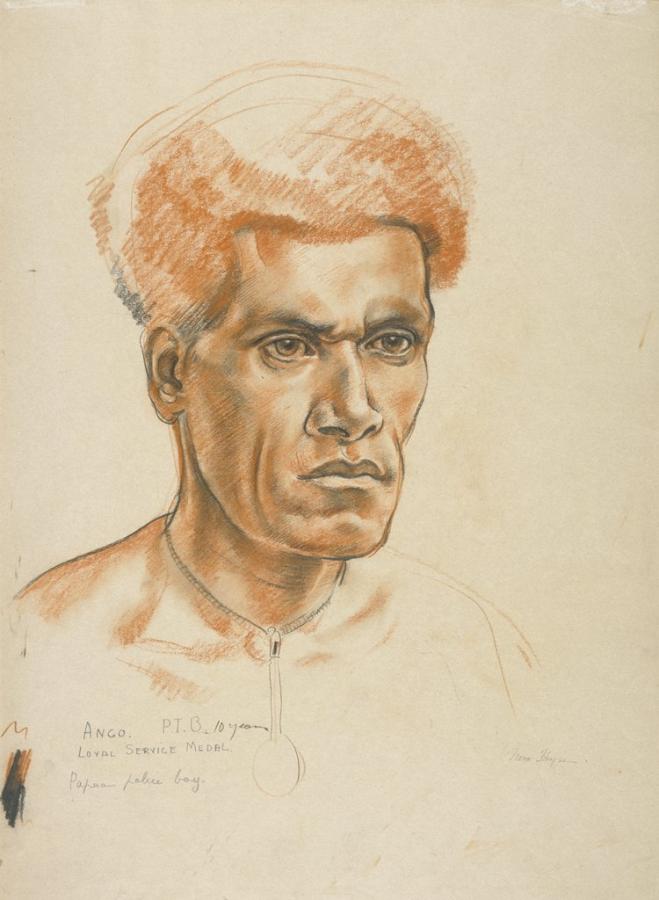 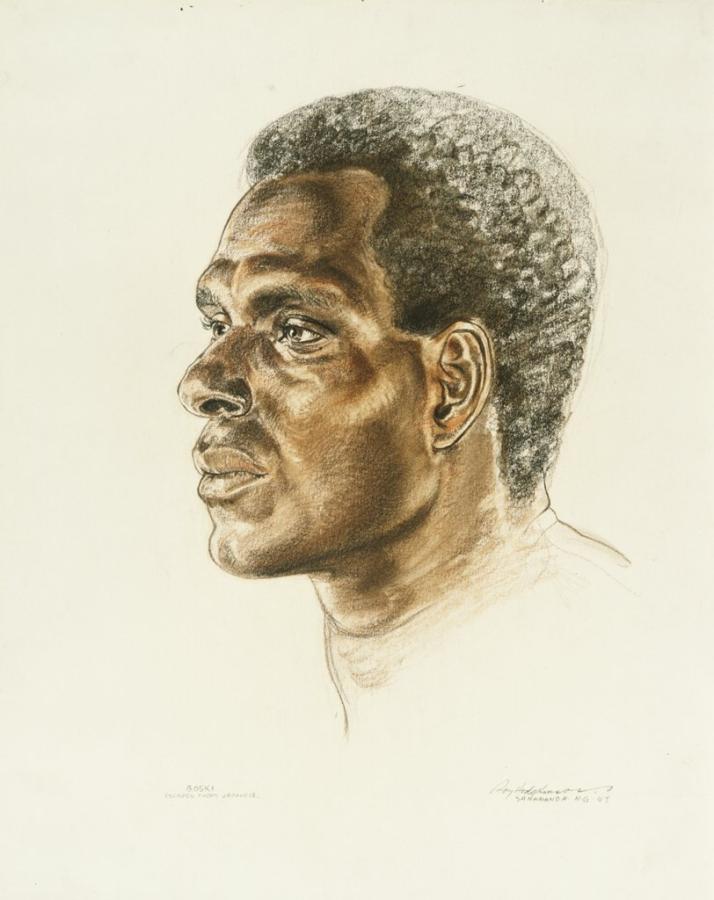 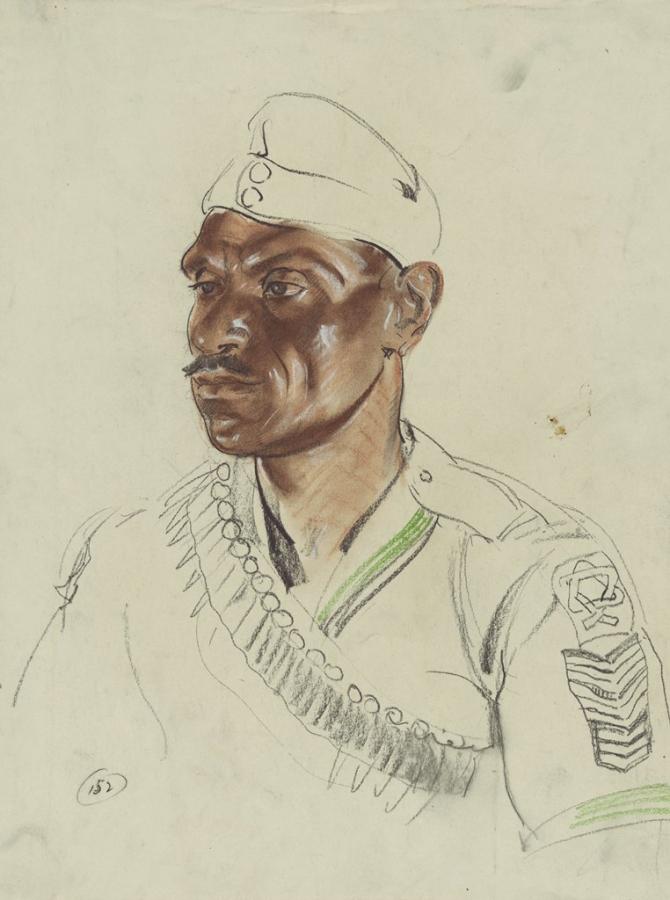 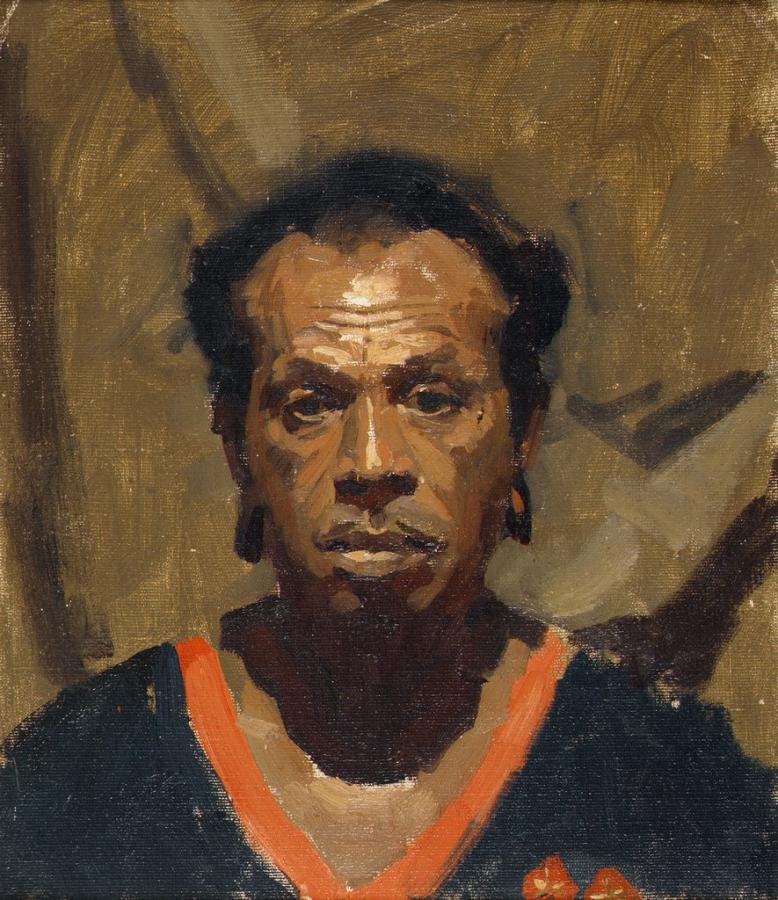 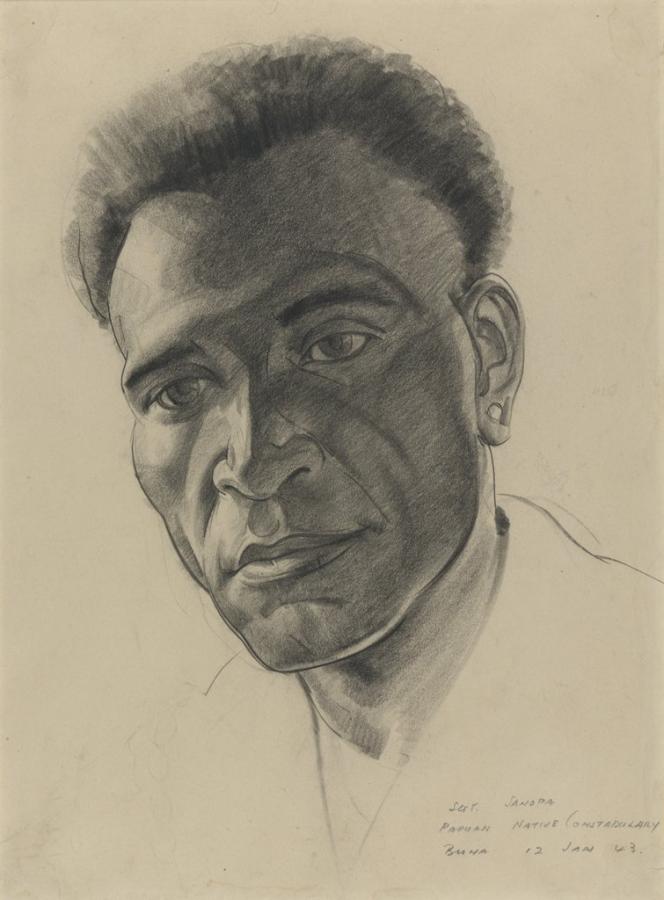 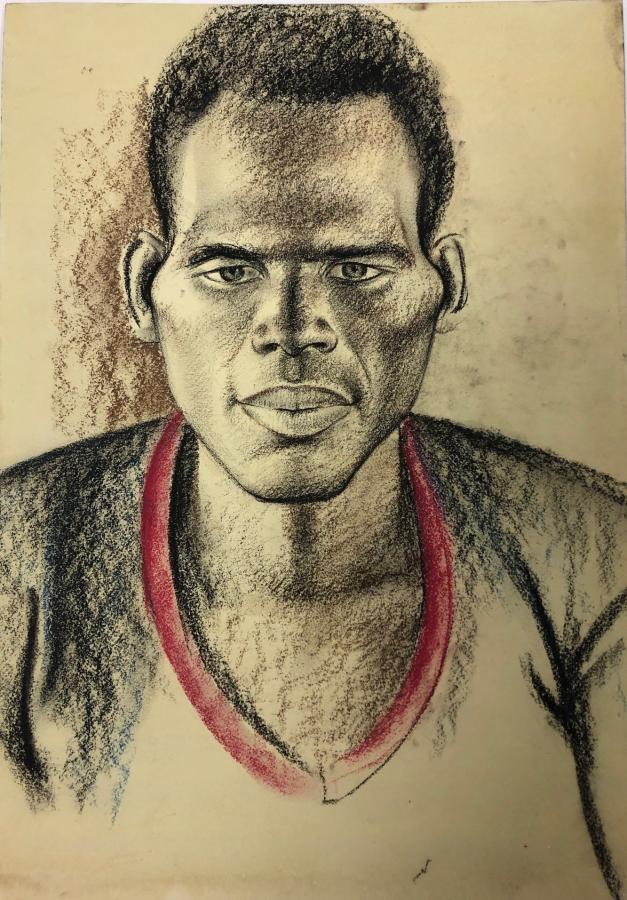 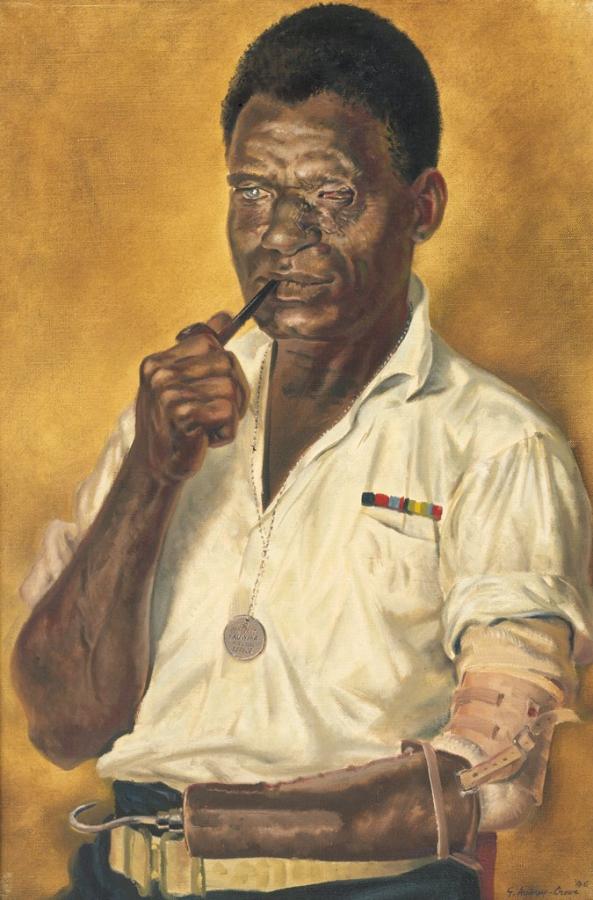