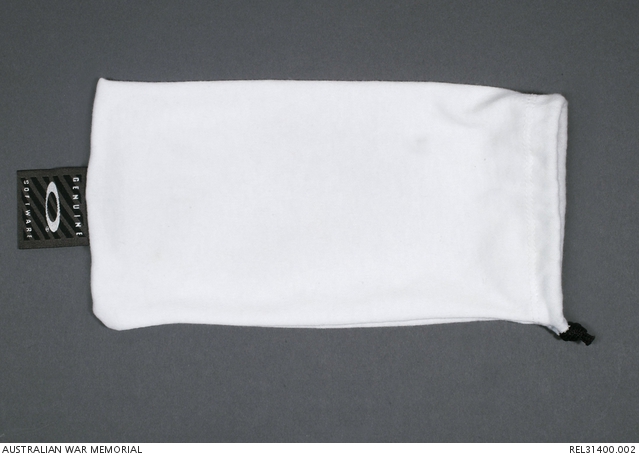 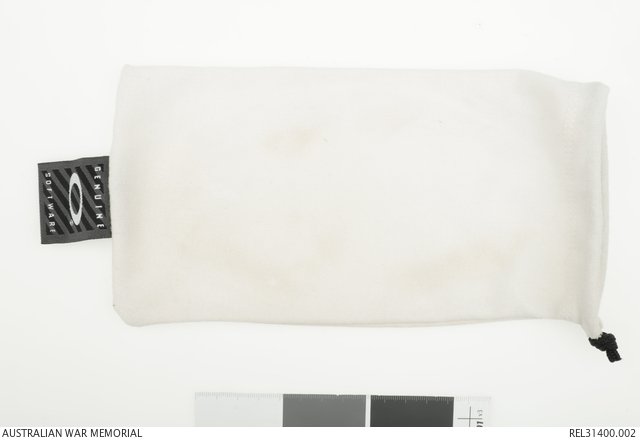 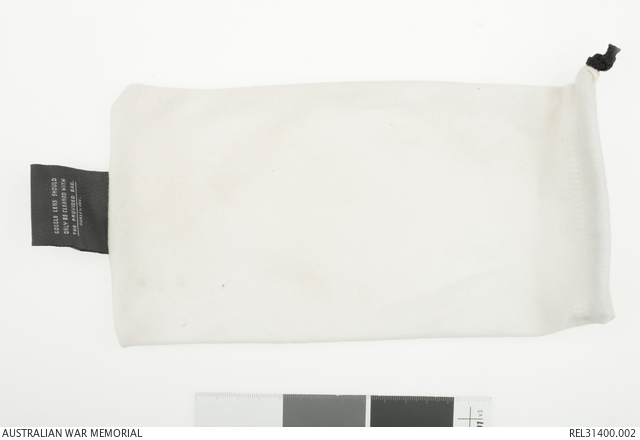 Soft white cotton protective bag for a pair of Oakley 'H2O' 'L Frame' plastic goggles. The bag has a black nylon cord drawstring at one end, and a machine embroidered grey, black and silver label at the other. This label reads 'GENUINE O SOFTWARE' on one side, and 'GOGGLE LENS SHOULD ONLY BE CLEANED WITH THE PROVIDED BAG. OAKLEY, INC.' on the other.

Soft white protective and cleaning bag for a pair of Oakley 'H2O L Frame' goggles worn by a member of Royal Australian Navy Clearance Diving Team 3. AUSCDT THREE was deployed in support of Operation Falconer in February 2003. In early March, they took up residence at the Kuwait Naval Base on the coast not far from Kuwait city, where they engaged in equipment preparation and training, and on the morning of 24 March, they crossed the border into Iraq. Headquarters and accommodation were established at the old port of Umm Qasr where AUSCDT THREE divers quickly located a sunken minelayer with four live mines onboard. The team also participated in the clearing of ordinance from within the town itself. Umm Qasr was declared open on 9 April, and AUSCDT THREE immediately moved twenty kilometres further north, to the port of Khawr Az Zubayr. This port was also cleared in conjunction with other coalition dive teams, and explosive ordnance disposal patrols on the Al Faw peninsula were undertaken.