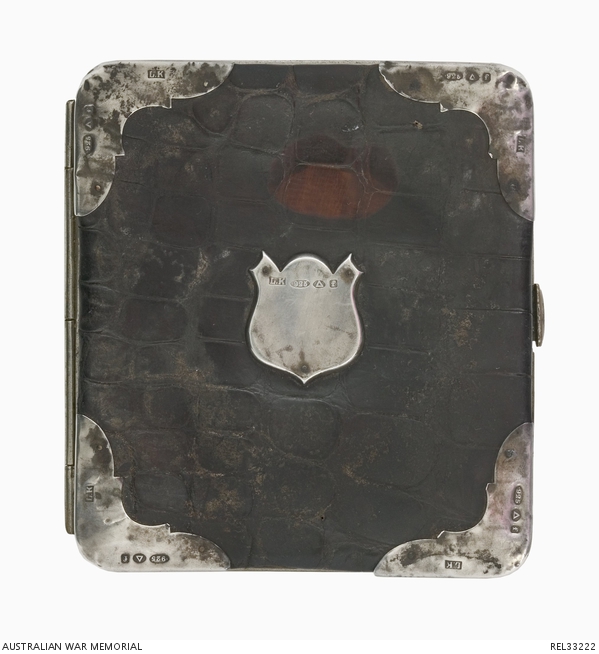 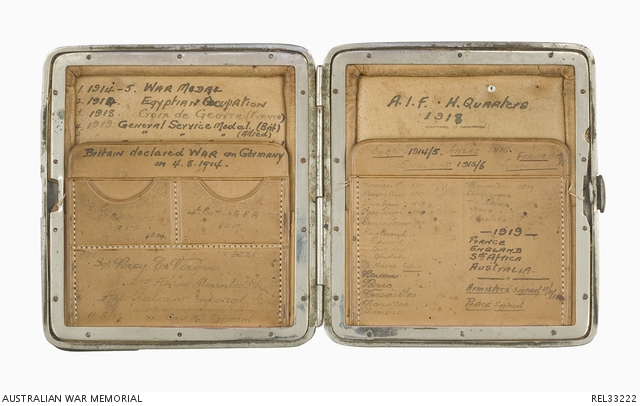 Related to the First World War service of 3228 Sergeant Percy Ernest Virgoe, 4 Light Horse Regiment (4LHR). A stock and station agent from Edenhope, Victoria, Virgoe was 30 when he enlisted on 22 August 1914. Having already served for five years with the Victorian Scottish Volunteer Regiment, he enlisted with other members from that Regiment. Soon after, however, he took the advice of a Company Colour Sergeant ('Look here, take an old soldier's advice - if you can ride, don't walk and if you can drive, don't ride'), and transferred to the Light Horse where he was assigned to 'A' Squadron. After training at Broadmeadows, Virgoe embarked for overseas service from Melbourne aboard HMAT Wiltshire on 19 October 1914. He trained at Mena, Egypt, and learned of the landings at Gallipoli a few days after the landing, noting in his diary (see PR01692.001) 'then came the news, swift & sudden ... that a successful landing had been made but hundreds had been killed and thousands wounded of our comrades who had left us but a few short days before.' Virgoe states in his diary, which was written up while convalescing at home in Edenhope in September 1916, that he landed at Anzac Cove on 18 May 1915, although officially 4LHR did not land until a few days later. Its squadrons were initially scattered to reinforce the infantry battalions already ashore and the regiment was not reunited until 11 June. Much of the regiment's time at Gallipoli was spent defending posts, but its squadrons were involved in several minor attacks. Virgoe’s experiences started with a three-weeks at Steele's Post ('there is incessant digging'); a week's 'rest' , then a short period at Courtney's Post ('we suffered heavy casualties from shellfire'). He was then withdrawn to Dead Man's Gully where 'we acted as supports to the men in the trenches at Walker's Ridge and Lone Pine. Each evening just before dusk we would file up the steep sides of the gully armed to the teeth and take up our positions behind the firing line ready for instant action if needed, then file wearily down in the morning to try and snatch some sleep.' After two months, Virgoe and elements of the 4LHR were sent to Embros Island for four day's rest but only managed two before the Regiment was recalled to Gallipoli where they manned positions at Holly Ridge (in the Bolton's Ridge complex of trenches), beating back three Turkish attacks a week later and losing many men to shellfire. Virgoe remained in the Bolton's Ridge area, also seeing service in Tasmania Post, before succumbing to exhaustion and being evacuated to England on 23 October 1915 aboard the hospital ship 'Glenart Castle'. He collapsed as soon as he was on board and slept for forty hours; he ascribed his reaction to 'the exhaustion of modern warfare'. After convalescence at Southmead Hospital in UK, Virgoe served as paymaster at Australian HQ, London for approximately five months until the end of May 1916. His health was then reviewed and he was classed as 'medically unfit for some months to come' and discharged upon his return to Australia in June 1916. Percy Virgoe re-enlisted with 4 LHR on 24 October 1916 with the rank of Sergeant and served in France from 21 March 1918 until the end of the war. He returned to Australia on 13 April 1919. The entries written on the inside of this wallet appear typical of Percy Virgoe's meticulous recording of the details of his war service, of which his camera (see REL33223) is another example.