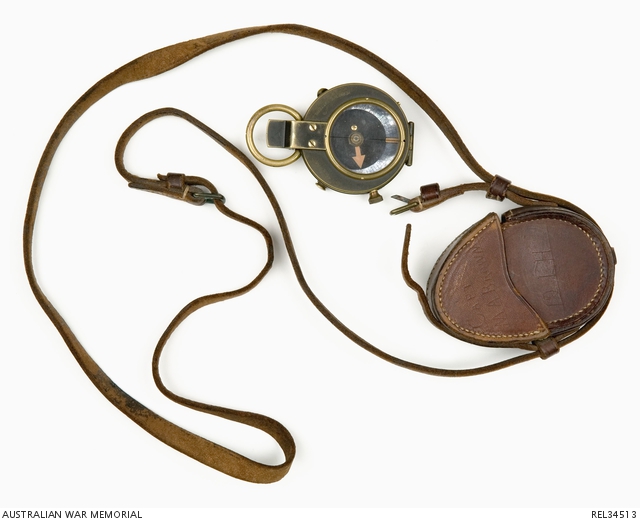 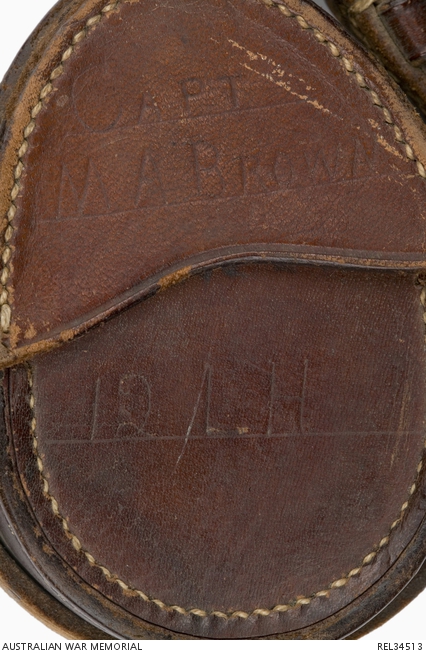 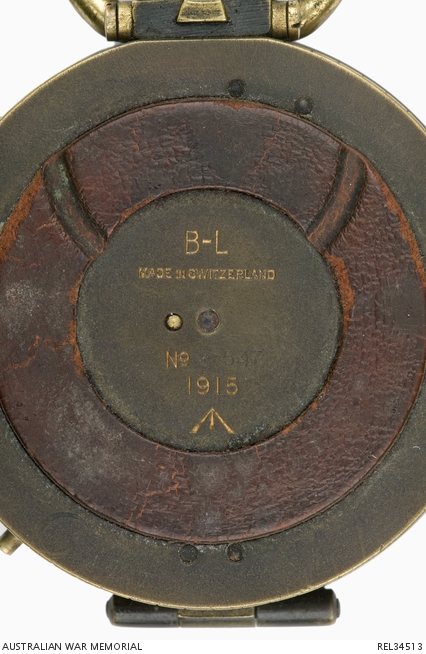 Verners pattern VII prismatic dry card compass. The flip top cover has impressed 'VERNER'S PATTERN / VII'. A circular piece of glass is centrally mounted into this cover with a thin black vertical line dissecting the middle. On the cover is moulded a small semi-circular notch to open and close the cover with a finger. The glass face of the compass is adjustable if the small side mounted circular screw lock is twisted. A non-luminous rectangular shaped yellow-orange painted guide has been painted on the inside surface of the glass. Some of this paint appears to have been chipped off.

The outside edge of the magnetic circular plate is made from mother of pearl with the inner disc being made from a dark unknown substance. On this inner disc is painted a non-luminous yellow-orange coloured arrow to indicate magnetic North. The plate has a small brass screw attached to the inner surface. The body of the compass is made from brass. A folding triangular shaped prism is hinge mounted to the side of the compass body next to a movable round lanyard ring. The bottom surface of the lanyard ring is worn in two parts which correspond to the circular rubber base on the bottom of the compass. Around the entire outside surface of the compass body is impressed the cardinal and half-cardinal points and corresponding bearings in 5 and 10 degree increments. A finger actuated momentary bearing lock and sliding transit lock are fitted to the side of body. On the outside edge of reverse surface is hand etched '12 / LH / CAPT / M A BROWN'. A circular worn 8 mm wide rubber protective ring is centrally mounted with manufacturers markings etched within. 'B-L / MADE IN SWITZERLAND / No 27547 / 1915 / Government broad arrow'. An indent from the folded circular lanyard ring has been permanently impressed into the rubber.

This compass and leather case are associated with the service of Montague Ambrose 'Monte' Brown. Brown was born near Bega, NSW in 1899 and was educated at St Joseph's College, Hunters Hill. On leaving school he returned to the New South Wales south coast where he was active in the pre-war Australian Army militia, serving with 1 Light Horse as a trooper from 31 December 1909. On 1 April 1910 he was promoted to corporal and three months later to sergeant. In July 1912 he transferred to 28 Light Horse where he promoted to regimental sergeant major on 1 January 1913. Brown was offered a commission to 2nd lieutenant on 1 August 1913.