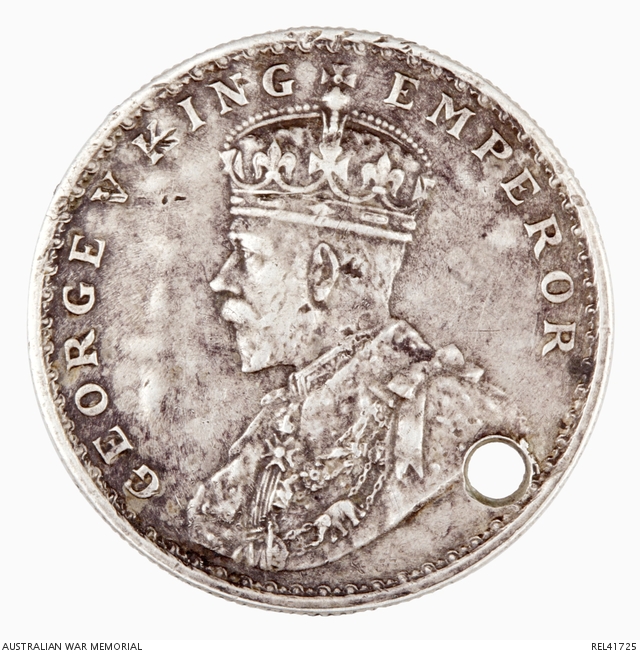 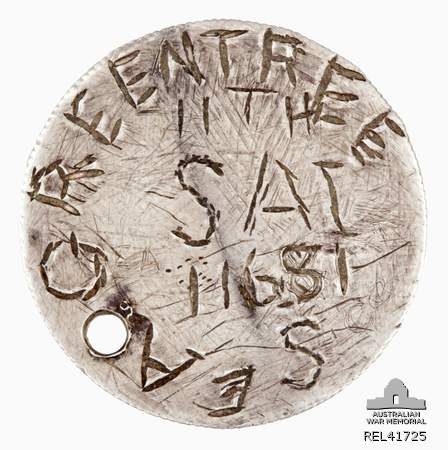 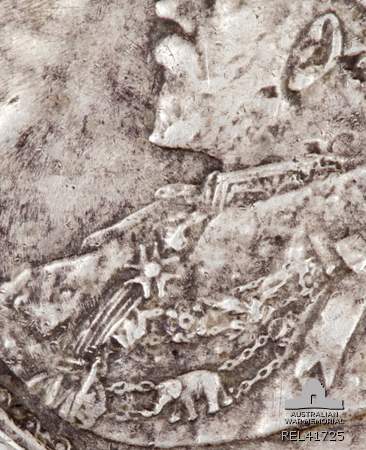 Improvised identity disc made from an Indian rupee coin. On the obverse is the bust of King George V and 'GEORGE KING EMPEROR'. The reverse has been ground down and roughly etched by hand with '11TH SAI 11681' in the centre, surrounded by 'S E A GREENTREE'. A 3 mm diameter hole has been punched through the edge of the coin.