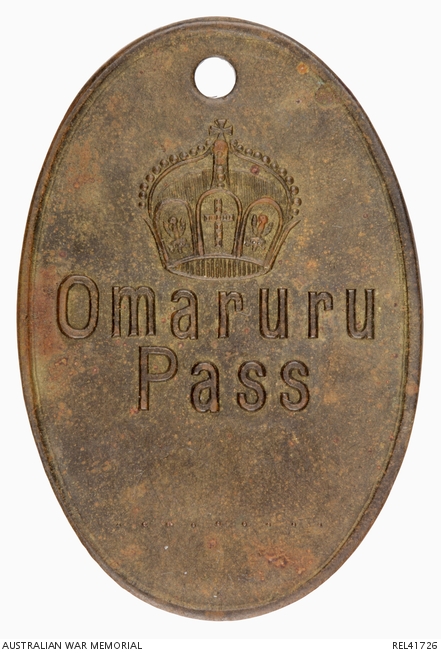 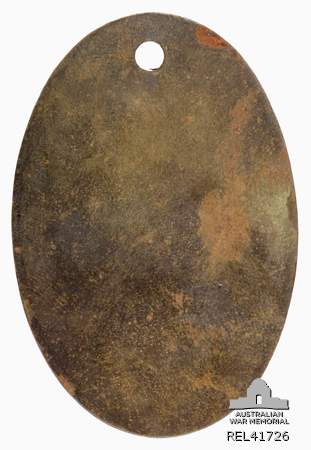 Oval shaped brass token featuring an imperial German crown and the words 'Omaruru Pass' embossed into the obverse. There are nine very small raised dots arranged horizontally across the lower front of the token for the imprinting of an individual identification number. The edges of the token are lightly raised. A single hole has been punched into the top of the token for wearing around the neck. The reverse has no markings.

This token was collected by Septimus Ernest Athol Greentree most likely while serving with the Cape Garrison Artillery in German South West Africa during the First World War. Tokens such as this were used by the Imperial German colonists as a method of controlling local indigenous people by the Imperial German colonists in the area. They were usually marked with a unique number on the lower half of the obverse, however the absence of a number on this example indicates that it was acquired before being issued to an individual.