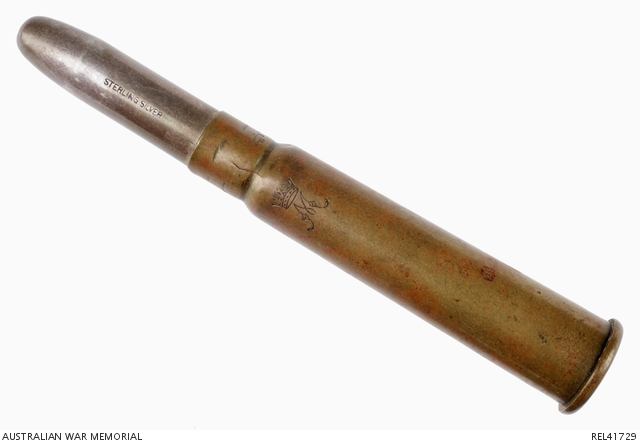 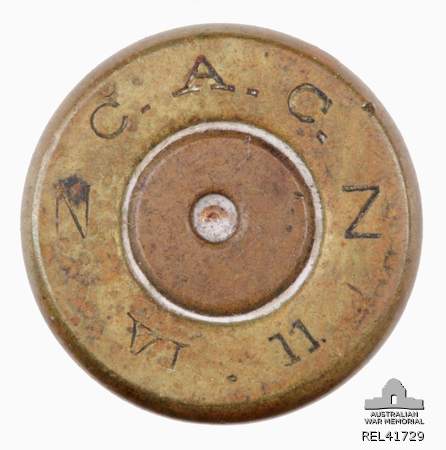 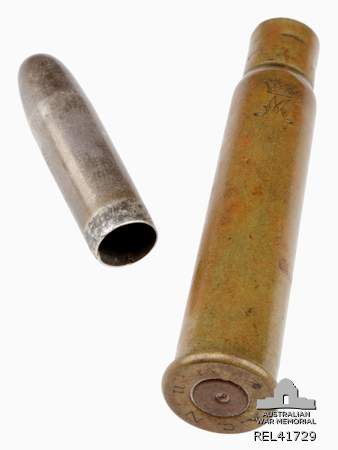 Souvenir pencil holder from a Princess Mary's 1914 Christmas gift tin. It is a two part object consisting of a .303 cartridge case and a sterling silver 'bullet' which originally held a pencil (not present) . The rimmed brass cartridge case is inscribed with Princess Mary's monogram. The headstamp (base) of the casing is stamped 'C.A.C / N Z / II'. The brass primer for the round has been fired and it has a small circular indent from the firing pin in the middle of the primer.

Associated with the First World War service of Septimus Ernest Athol Greentree in South Africa. This object is from a Princess Mary gift tin. The tins were presented to all soldiers and sailors of the Empire at Christmas 1914. Each contained various items such as a pipe and tobacco products, pencil, notebook, postcards, a photograph of the Princess or depending on whether the recipient was a non-smoker, a nurse or Sikh, perhaps a tin of spices, fruit lozenges, sugar candy or chocolate. Distribution was slow, and some did not receive their tins until 1920. The pencils and their protective 'bullet' cover were made from Mk VI.303 calibre ammunition. The markings on the headstamp (base) of the casing indicates that it was produced by the Colonial Ammunition Company in New Zealand.