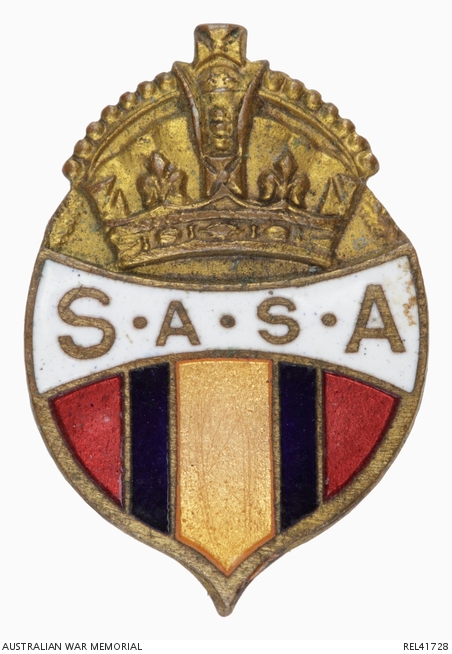 Bronze lapel badge with the King's crown above a shield with the letters 'S.A.S.A.' and enamelled stripes of red, blue and yellow. These colours represent the ribbon of the Queen's South Africa Medal. The reverse of the badge has a screw fitting from which the retaining plate is missing. The maker's marking 'AMOR SYDNEY' is also impressed into the reverse.