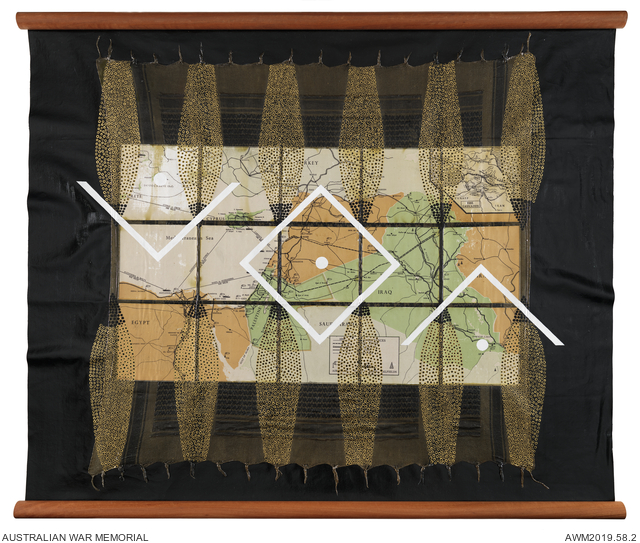 Cope's series of works titled 'Flight or fight' was primarily inspired by a ten-hour flight she took over the Middle East. This work uses a green Keffiych (Shemagh); the olive colour is the colour type scarf issued by the Australian Army and was issued by Memorial staff to the artist prior to her deployment. In this painting it becomes part of the landscape which includes the communication symbol for Hostile Object/War Craft over the 1941 map of pipelines and oil fields along with bombs which the artists sees as a hostile object.