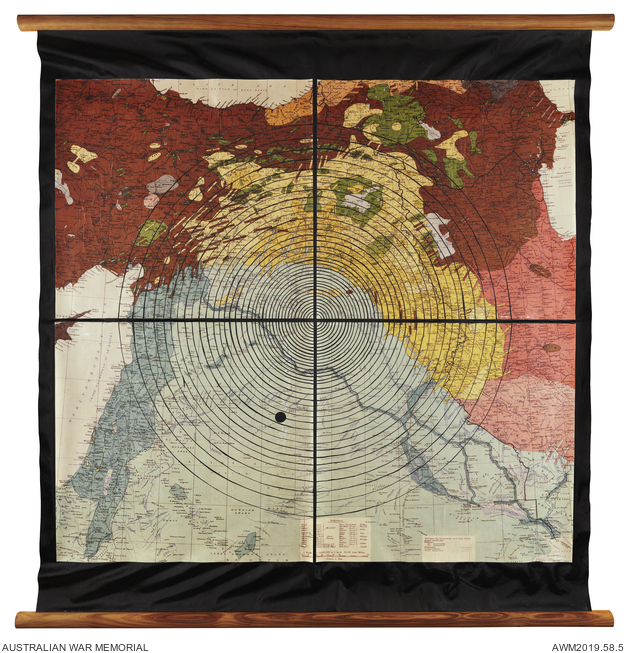 Cope's series of works titled 'Flight or fight' was primarily inspired by a ten-hour flight she took over the Middle East. In this work, a radar detection system uses radio waves to determine the range, angle and velocity of objects in the Middle East Region. In this instance, Cope has painted a radar over an ethnographic map of the Middle East to highlight the social and religious complexity of a region often discussed in the media in binary terms. It is a beautiful map of people and place organised by geography, history and time. This map was first published by The Royal Geographic Society in 1910.