Flight or Fight #6 A Line in the Sand 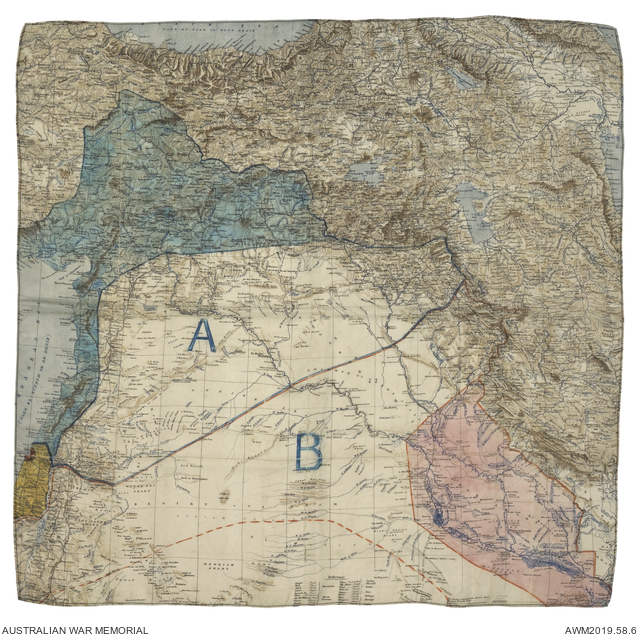 Cope's series of works titled 'Flight or fight' was primarily inspired by a ten-hour flight she took over the Middle East. The inclusion of this map in the series is important Cope as it continues to cast a shadow over the current conflict in the Middle East, and as many ADF personnel referred to this map when discussing the geo-political landscape which Australia has been a part of. Cope deliberately printed the map on silk to connect with the Treaty’s secrecy at the time of its initial making. Its material fragility is a homage to historial accounts of RAAF pilots carrying fabric maps in their packs, so in the event of emergency or crash landings, their maps would withstand water damage.