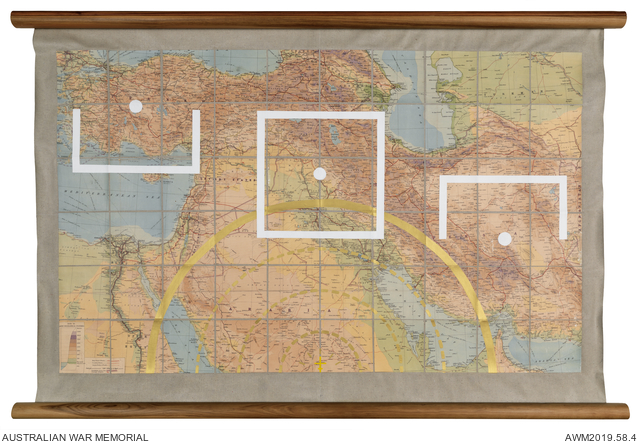 Cope's series of works titled 'Flight or fight' was primarily inspired by a ten-hour flight she took over the Middle East. The map used in this painting depicts the regions geography with fine and detailed cartography with the communication symbol for Known Object/War Craft. The centre square aligns with the Iraqi city of Mosul which many soldiers referred to in conversations, Phase 3 of the Battle of Mosul which Australian RAAF participated in.