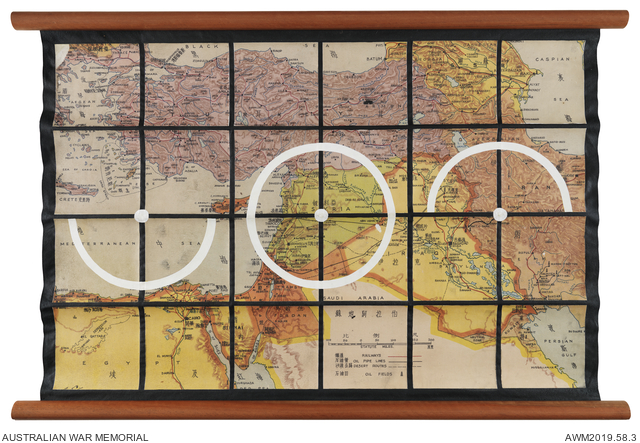 Cope's series of works titled 'Flight or fight' was primarily inspired by a ten-hour flight she took over the Middle East. This particular work incorporates a Chinese Map of the Middle East from 1941 with the communication symbol used to identify Friendly Object/War Craft. The Artist was surprised to find a map of the Middle East in a non-western language that also highlighted resources in the region.