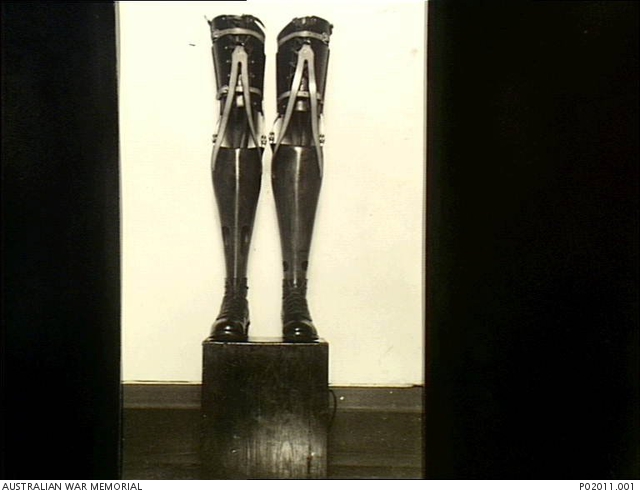 1918? A pair of artificial legs worn by 2047 Private Charles (Charlie) Henry Stevens whose legs were amputated after he was wounded in action in France in June 1918. Stevens' tricycle wheelchair which he obtained in England before returning to Australia is held in the Memorial's collection. He was a co-founder of the Limbless Soldiers Association of Victoria.