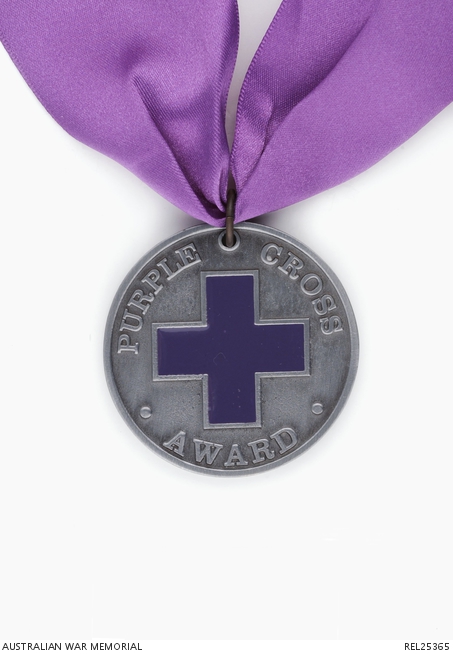 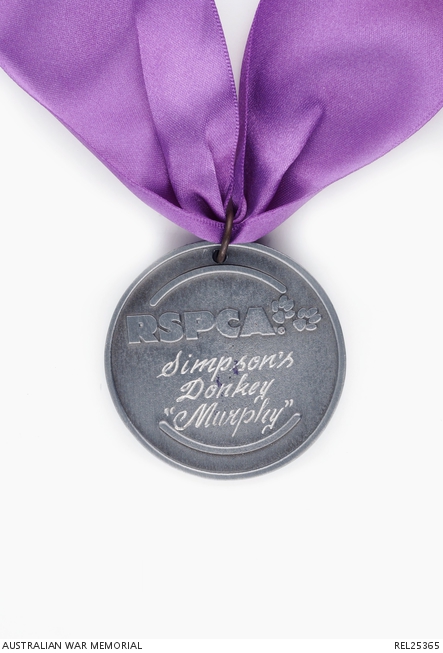 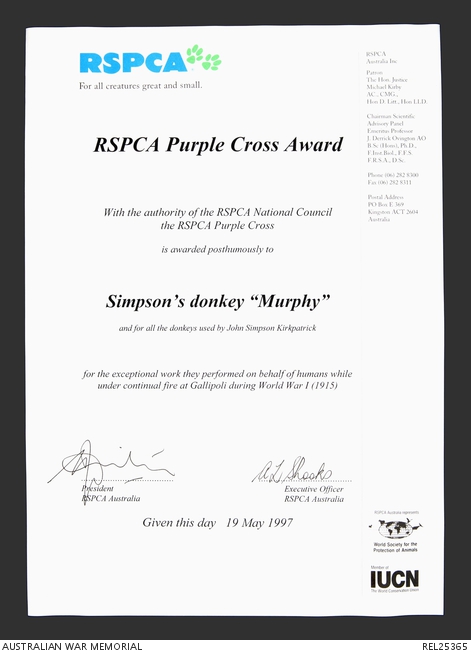 Awarded posthumously to Simpson's donkey 'Murphy'. Certificate further states, 'and for all the donkeys used by John Simpson Kirkpatrick, for the exceptional work they performed on behalf of humans while under continual fire at Gallipoli during World War I (1915)'. Presented to the Australian War Memorial at a ceremony on 19 May 1997.

Colonel (later General Sir John) Monash, commanding 4 Australian Infantry Brigade, wrote at the time of Simpson's death: 'This man has been working in this valley since 26th April, in collecting wounded, and carrying them to the dressing stations. He had a small donkey which he used, to carry all cases unable to walk. Private Simpson and his little beast earned the admiration of everyone at the upper end of the valley. They worked all day and night throughout the whole period since the landing, and help rendered to the wounded was invaluable. Simpson knew no fear and moved unconcernedly amid shrapnel and rifle fire, steadily carrying out his self-imposed task day by day, and he frequently earned the applause of the personnel for his many fearless rescues of wounded men from areas subject to rifle and shrapnel fire.'