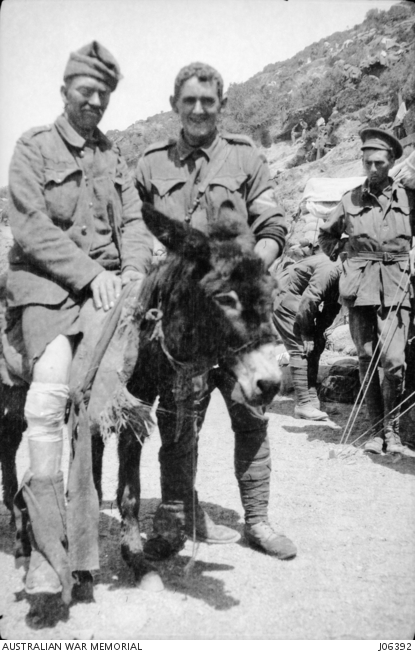 202 Private John Simpson Kirkpatrick, 3rd Field Ambulance Brigade (enlisted as Simpson), assisting an unidentified British soldier, wounded in the leg, being carried by a donkey. Pte Simpson was later killed by Turkish machine gun fire assisting the wounded, near a location known as Bloody Angle on 19 May 1915. The donkey was referred to by a variety of names, most commonly "Murphy" "Duffy" or the "The Donk".