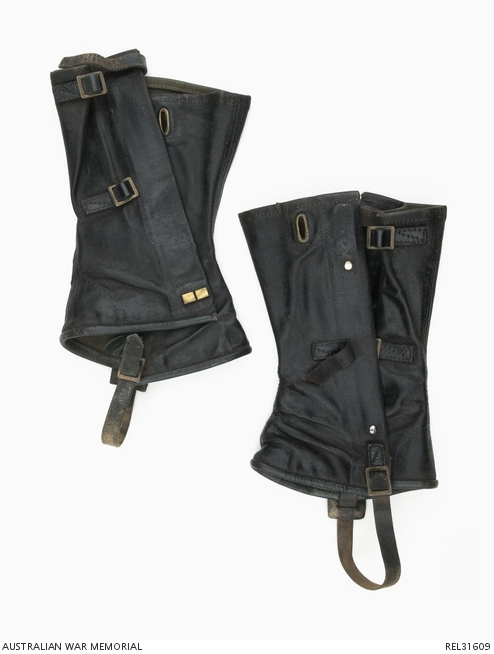 A pair of Australian Army canvas gaiters painted black. On the inside of both gaiters is 'LUPTON' applied by hand with white ink. Above these both is a faded manufacturers stamping in white ink. Each gaiter has a pair of buckles and straps on the side and a buckle and leather strap at the bottom that is fitted under the sole of the boot. On the inside bottom of both gaiters is a single metal tab and double bracket for the tab to slide into.

This type of gaiters were manufactured in Australia and used by the Australian Army from the mid 1940's until the late 1960's. During the early stages of the Vietnam conflict, Australian troops wore this pattern of gaiters with Australian Army issued Ankle Boots (AB's) until they were replaced by the General Purpose (GP) boot. This pair of gaiters is associated with 213548 Lance Corporal Thomas William John Lupton. Born on 28 March 1943, Lupton served in South Vietnam with 13 Platoon, C Company, 1 Battalion,The Royal Australian Regiment (RAR) from 5 June 1965 to 3 June 1966. He later served nine years in the Australian Regular Army. He retired from the Army with the rank of corporal with 2RAR.