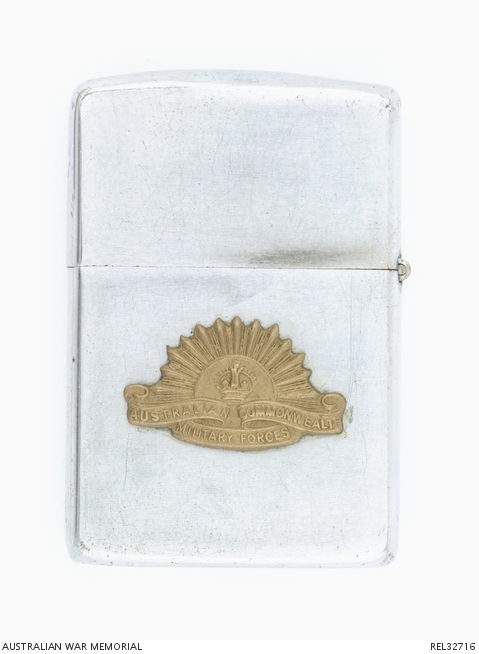 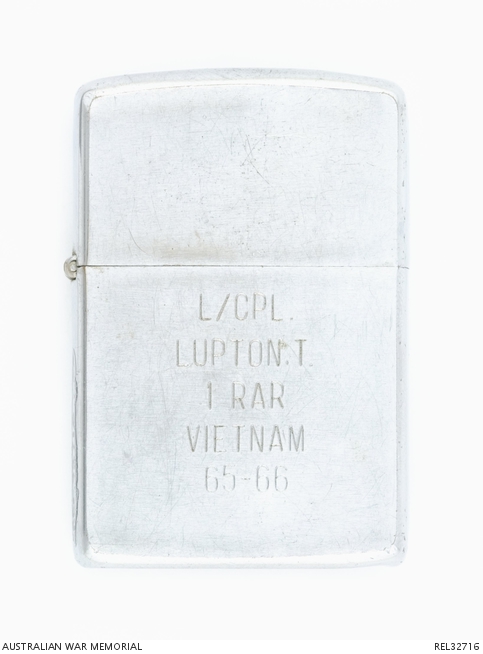 Zippo lighters were very popular among Australian and American servicemen during the Vietnam War. Originally made in the United States they were often individualised with engravings and unit emblems, such as this example which has the Rising Sun badge. Zippo's are manufactured in a multitude of finishes, but the original and most popular was the simple plain silver colour metal finish as displayed on this lighter. The brand name 'Zippo' also entered US military terminology, with Search and Destroy missions often nicknamed 'Zippo raids'. This cigarette lighter is associated with the service of 213548 Lance Corporal Thomas William John Lupton. Born on 28 March 1943, Lupton served in South Vietnam with 13 Platoon, C Company, 1 Battalion, The Royal Australian Regiment from 5 June 1965 to 3 June 1966.