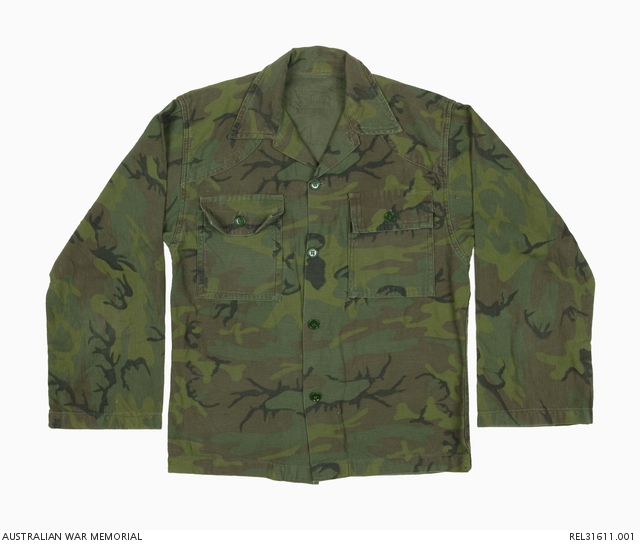 This particular type of camouflage is known as 'Engineer Research & Development Laboratory (ERDL). It was developed by the US Army during the Vietnam War and introduced into limited service from 1966. There were two different base shade colours, lime and brown. This uniform is of the earlier lime type. The wearer of this uniform was 213548 Lance Corporal Thomas William John Lupton. Born on 28 March 1943, Lupton served in South Vietnam with 13 Platoon, C Company, 1 Battalion, The Royal Australian Regiment (RAR) from 5 June 1965 to 3 June 1966. He later served nine years in the Australian Regular Army. He retired from the Army with the rank of corporal with 2RAR. This early pattern camouflage uniform was obtained by Lupton in Saigon. It was worn in camp at night, but was not worn in action.