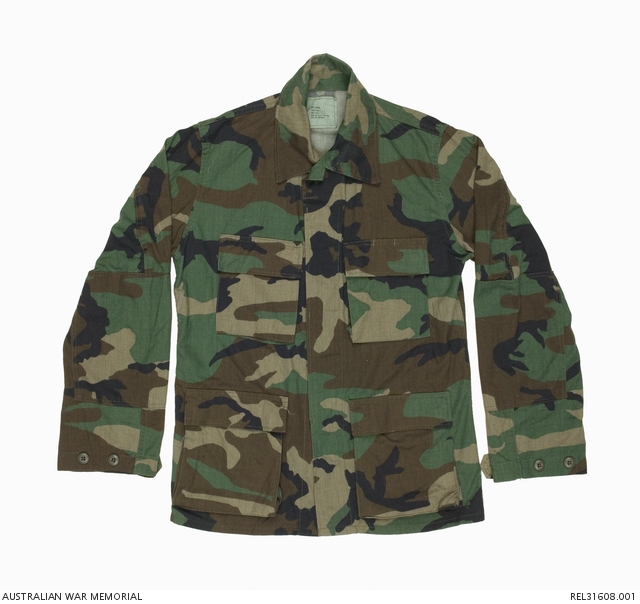 Known to American service personnel as 'BDU's' or more officially as the 'Battle Dress Uniform' this distinctive pattern camouflage uniform was introduced into the United States Armed Forces after the Vietnam War. Adopted widely around the world by other nations, this pattern camouflage was replaced in US Service by Digital Pattern Camouflage Uniforms (DPCU) from 2003. Many sets of these uniforms were swapped between US and Australian personnel on deployments and during training activities between the 1980s and 2002.

This shirt was worn by 213548 Lance Corporal Thomas William John Lupton during the 1980s. Born on 28 March 1943, Lupton served in South Vietnam with 13 Platoon, C Company, 1 Battalion, The Royal Australian Regiment (RAR) from 5 June 1965 to 3 June 1966. He later served nine years in the Australian Regular Army. He retired from the Army with the rank of corporal with 2RAR.